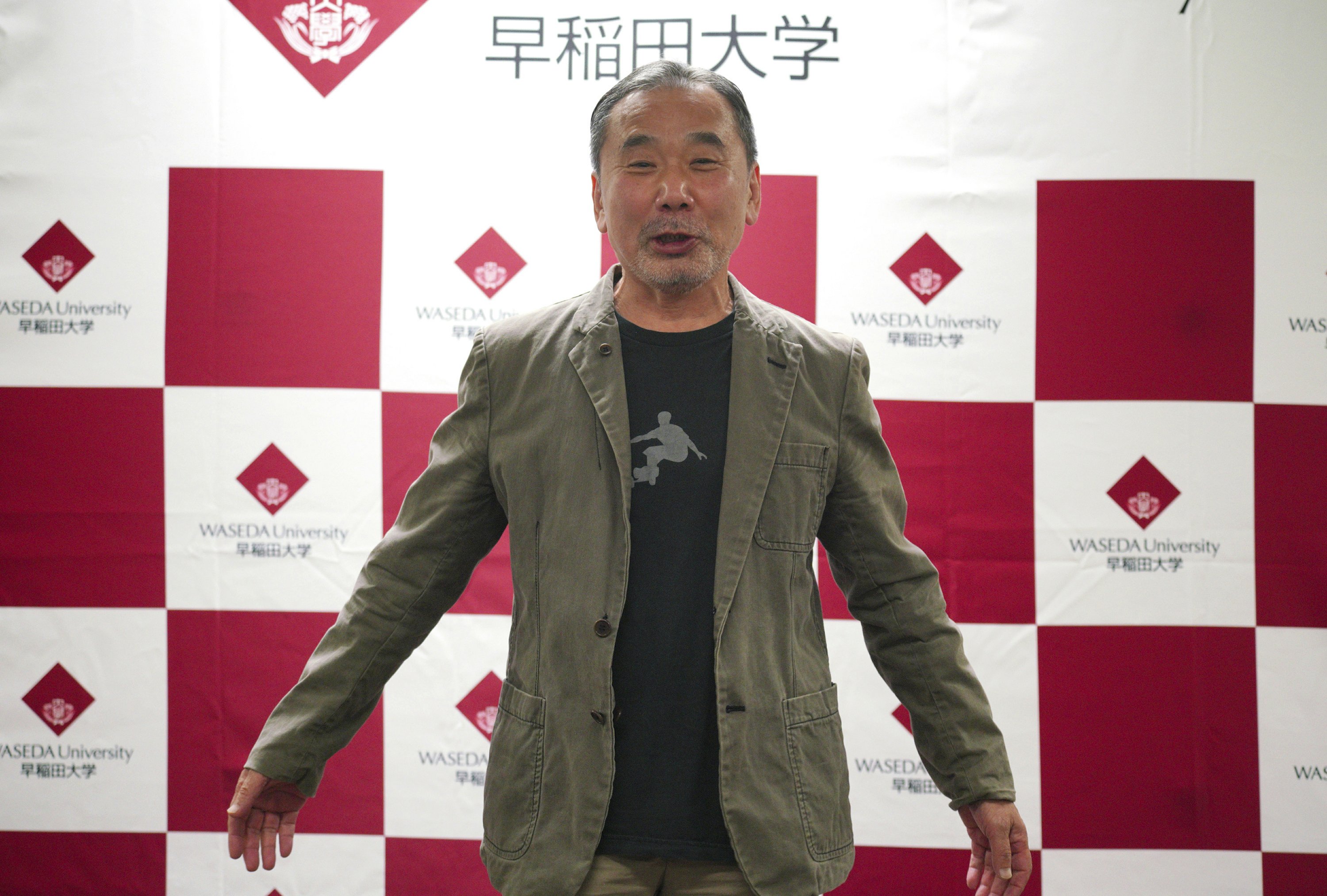 TOKYO — Haruki Murakami is planning an archive at his Japanese alma mater that will include drafts of his best-selling novels, his translation work and his massive collection of music, a personal passion that has been a key part of his stories.

“I’m more than happy if those materials can contribute in any way for those who want to study my works,” the Japanese writer said at a news conference with officials at Waseda University, where the library and archive will be housed.

“I hope it would be a place for cultural exchanges with positive and open atmosphere,” Murakami said.

Now 69 and one of the world’s most popular and acclaimed novelists, Murakami began writing before graduating from Waseda in 1975. His debut, “Hear the Wind Sing,” came out in 1979, and the 1987 romantic novel “Norwegian Wood” was his first best-seller, establishing him as a young literary star. His latest novel, “Killing Commendatore,” recently hit U.S. bookstores.

Media-shy Murakami said Sunday’s event was his first formal news conference at home in 37 years. Though he interacted with fans on several occasions this year, including hosting his radio programs twice and appearing before fans at a book event in New York, Murakami on Sunday agreed to pose only for still cameras.

The archive project emerged earlier this year when Murakami offered to donate his collection of materials, which has grown so much over the past 40 years that he was running out of storage space at his home and office.

“I have no children to take care of them and I didn’t want those resources to be scattered and lost when I die,” he said. “I’m grateful that I can keep them in an archive.”

Waseda officials said details were still being worked out but a partial archive would start in 2019. University president Kaoru Kamata said he wants to make the library a must-see place for Murakami fans and researchers of Japanese culture and literature from around the world.

Initial archives would include drafts of “Norwegian Wood” that he wrote by hand on notebooks while traveling in Europe, as well as his own translations of novels written by his favorite authors including Raymond Carver, J.D. Salinger and Scott Fitzgerald.

Murakami professionally translates English-language novels into Japanese, but he says he enjoys that so much it’s almost his hobby rather than work. He said translation has given him different perspectives and made a big difference to what he writes.

“I strongly feel that translation work has helped me grow. I might have suffocated if I had remained only in the Japanese literature,” he said.

Murakami said he wants to see the library to stimulate interaction and cultural exchanges among students, scholars and others interested in his books and Japanese literature.

Ideally, he said he wants to make it a place like his study, where he writes stories while listening to his choice of music of the day, and possibly have a concert sometimes.

He said the library and archive will develop in the years to come as he brings in more materials.

“I’m still alive and I have to use some of them,” Murakami said.