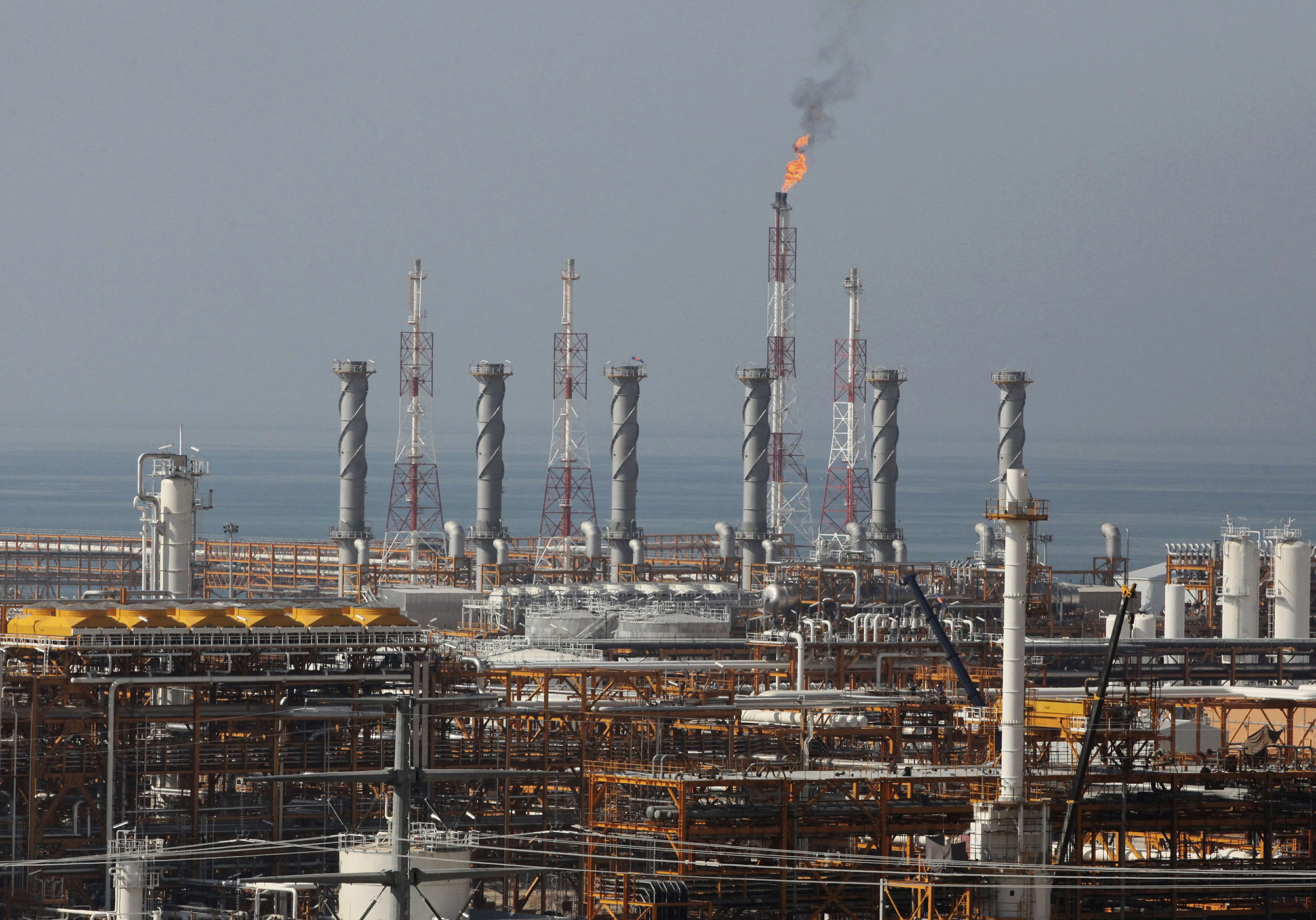 SEOUL, South Korea — Japan, South Korea and other major oil importers welcomed Tuesday the decision by the Trump administration to let them continue to import Iranian crude oil and other petroleum products despite the re-imposition of sanctions on Tehran.

The risk of excessive disruption to world markets was a key factor behind the decision to allow exemptions for some of the biggest, most oil-thirsty economies. It appeared to have paid off.

As of midday Tuesday oil prices had fallen moderately, with benchmark U.S. crude down 0.3 percent and Brent crude, which is used to price international oils, down nearly 0.4 percent. The fear was that the sanctions deadline would have pushed oil prices sharply higher.

Five of the eight economies granted waivers as long as they work to reduce oil imports from Iran to zero are in Asia: China, India, Japan, South Korea and Taiwan. The others were Greece, Italy and Turkey.

The sanctions on Iran were lifted under its 2015 nuclear deal with world powers. President Donald Trump rejected that accord, and on Monday the U.S. Treasury Department imposed penalties on more than 700 Iranian and Iranian-linked individuals, entities, aircraft and vessels in the new sanctions.

The new sanctions were particularly aimed at Iran’s vital oil industry, which provides a crucial source of hard currency.

Japan said it was pleased to be temporarily spared from possible penalties for importing Iranian oil. Chief Cabinet Secretary Yoshihide Suga told reporters Tokyo was analyzing the potential impact and was in close consultations with the U.S. on protecting Japanese companies from “adverse consequences.”

Those would include penalties for breaking long-term oil purchasing agreements.

The waiver also is a relief for South Korean companies that export to Iran: The U.S. also agreed to uphold a special transaction system set up in October 2010 after discussions between Washington and Seoul that essentially allows South Korea to take Iranian oil as payments for its goods.

With the U.S. upholding the transaction system, South Korean companies will be able to continue exporting non-sanctioned items to Iran, officials said.

India has a similar arrangement whereby Iran can use crude oil to pay for food and other necessities.

“These countries currently take the lion’s share of Iranian oil exports. It is therefore likely that Iranian oil exports will stabilize at their present level of a good 1 million barrels per day,” analysts at Commerzbank said in a commentary.

They said Iran’s exports could well recover somewhat since Japan and South Korea had sharply cut their imports in the past few months as they sought the waivers from the U.S.

For both Japan and China, Iran is a significant but not huge supplier. Saudi Arabia, the United Arab Emirates, Russia, Qatar and Kuwait export more crude oil to Japan than Iran.

China, which said it regretted the U.S. rejection of the deal with Iran, is the single-largest importer of crude oil, at about 9 million barrels a day, and also of Iranian oil, so cutting off all shipments could have jolted global markets.

But while its demand is huge, China has diversified and relies on Iran for less than 10 percent of its total crude oil imports, with Saudi Arabia, Angola, Russia, Oman and Iraq providing more than half, according to the U.S. Energy Information Administration.

Major European allies have opposed the U.S. decision to reject the nuclear deal with Iran. The 28-nation European Union reportedly is preparing a new financial mechanism to help its companies avoid U.S. sanctions, and that could help keep Iranian oil exports flowing.

“We regret the re-imposition of sanctions by the U.S.,” May’s spokesman James Slack said. “We continue to fully support expanding our trade relationship with Iran and encourage U.K. businesses to take advantage of the commercial opportunities that arise.”