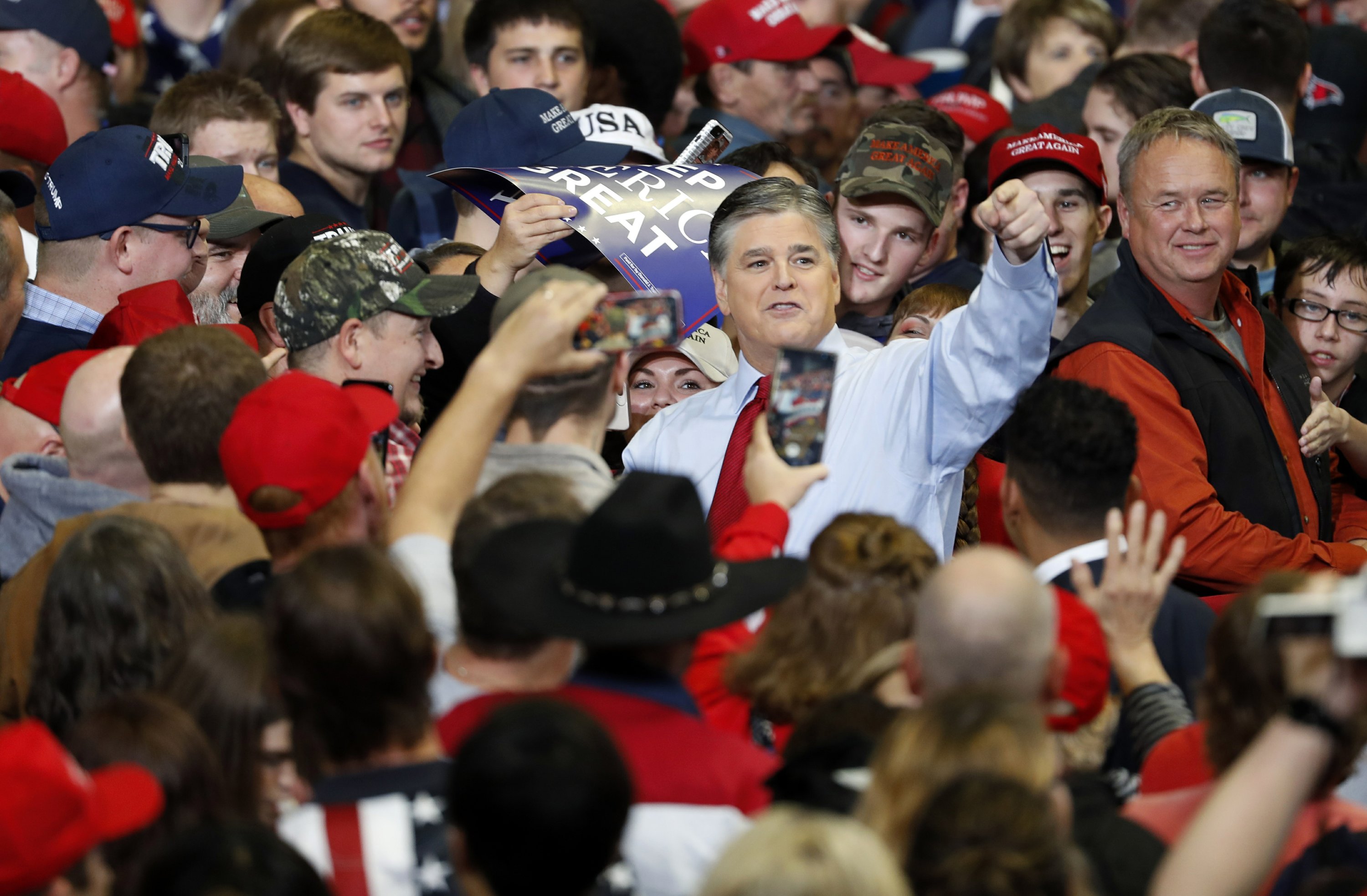 NEW YORK — Fox News said Tuesday that it has addressed the “unfortunate distraction” of Sean Hannity and Jeanine Pirro speaking at President Trump’s campaign rally in Missouri the night before, and that it doesn’t condone such behavior.

The network did not say what, if any, discipline that the two network personalities would face.

Meanwhile, Hannity tweeted that he was being “100 percent truthful” earlier on Monday when he tweeted that “I will not be on stage campaigning with the president.”

“When the POTUS invited me on stage to give a few remarks last night, I was surprised, yet honored by the president’s request,” Hannity tweeted. “This was NOT planned.”

Hannity, who told the audience at Trump’s rally that “all these people in the back are fake news,” also tweeted Tuesday that he was not referring to any of his Fox News colleagues.

It’s considered standard for employees of news organizations not to engage in political campaign activities so their outlets do not appear unfair; some journalists go so far as to not vote at all for this reason. Fox News had resisted Monday when the Trump campaign had advertised to its followers that Hannity would appear as a “special guest” at the Missouri rally, saying Hannity was only there to cover the event.

Hannity, cable news’ most popular personality and a vocal Trump defender, has twice been rebuked by Fox for campaign activity. Hannity was made to cancel a 2010 appearance in Cincinnati when it was revealed it was to be a fundraiser for the Tea Party, and when he was featured in a 2016 Trump campaign video Fox told him was told never to do it again.

Since then, Fox opinion personalities have doubled down on their support of Trump and Hannity’s popularity has soared, making for an uncomfortable relationship with the organization’s news side.