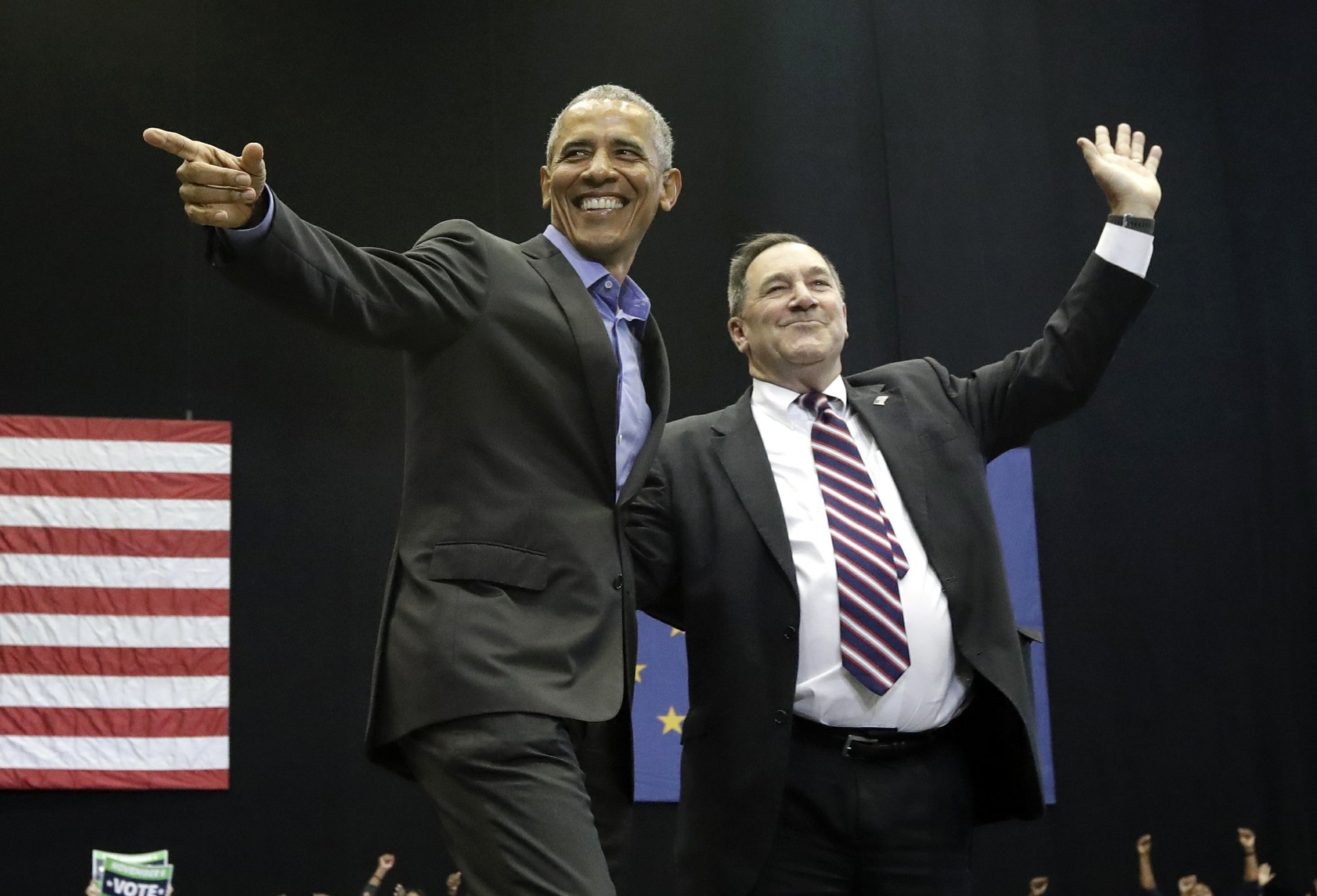 Incumbent Indiana Democrat Sen. Joe Donnelly probably made a mistake in asking former President Obama to campaign alongside him Sunday. Donnelly is seeking re-election in a tough race against GOP candidate Mike Braun.

Although he is a Democrat, Donnelly has agreed with many of President Donald Trump’s policies including building a wall along the United States’ southern border. It makes sense for Donnelly to align himself with President Trump, seeing that President Trump won the state of Indiana by 19 points in the 2016 election. But asking Obama to campaign alongside him might just flip public perception of him, even though Obama won the state in 2008.

President Trump was in Indianapolis Friday, where he made sure to take advantage of the news.

“It’s no surprise that Joe Donnelly is holding a rally this weekend with Barack H. Obama,” the president said at his Indianapolis rally. “We don’t want to go back to the Obama days.”

President Trump continued in saying, “This Tuesday I need the people of Indiana to send a message to Chuck Schumer, Nancy Pelosi, Maxine Waters and the radical Democrats by voting for Mike Braun. I’m really speaking more to the television cameras than to you because I don’t think we have too many Donnelly voters. Anybody going to vote for Donnelly in this room?” The crowd responded with boos.

The latest polls, however, showed Donnelly holds a slight lead over Braun heading into Tuesday. But the Democrat’s move to campaign with Obama could very well tip the scale. For President Trump, the Indiana senate race is a win-win. Either he gets a Democrat who has committed to some of his most important policies, or he gets to add another Republican ally to the Senate.