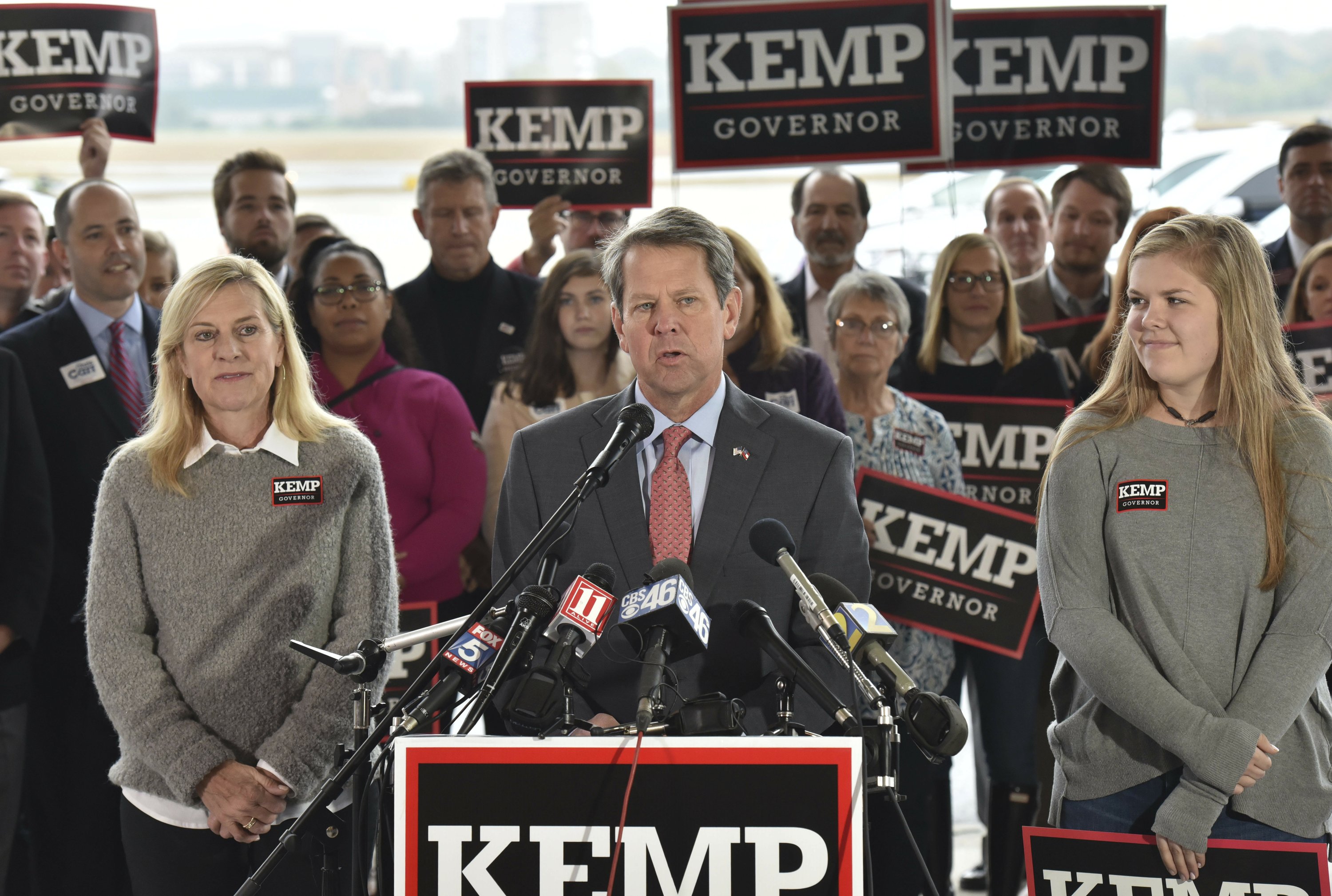 ATLANTA — Tuesday’s midterm elections will mark the first nationwide voting since Russia targeted state election systems in the 2016 presidential race, with federal, state and local officials seeking to reassure the public their voting systems are secure.

There have been no signs so far that Russia or any other foreign actor has tried to launch cyberattacks against voting systems in any state, according to federal authorities.

The Department of Homeland Security has been working over the last year to improve communication and intelligence-sharing with state and local election officials who were largely left in the dark about Russian activities in 2016. Federal agencies including Homeland Security and the FBI have opened a command center to help state or local election offices with any major cybersecurity problems that arise.

“Things are running pretty smoothly around the country,” said Matt Masterson, senior cybersecurity adviser with the Department of Homeland Security.

The same can’t be said about early voting and the voter registration process in some states.

Voters casting ballots early have encountered faulty machines in Texas and North Carolina, inaccurate mailers in Missouri and Montana, and voter registration problems in Tennessee and Georgia. In other states, including Kansas, Election Day polling places have been closed or consolidated.

Some of the problems have prompted lawsuits, and there is concern that last-minute court rulings on voter ID requirements in a handful of states will sow confusion among voters and poll workers.

The challenges come amid a surge of interest, with registrations and turnout running well ahead of what is typically seen during a midterm election.

Wendy Weiser, who oversees the democracy program at the Brennan Center for Justice at NYU, said she believes efforts to restrict voting access have been “more intense” than in previous elections but said efforts to combat them also have increased dramatically.

“These hurdles often work because people aren’t willing to go to the trouble of going through the various hoops that the state puts in front of them,” Weiser said. “Really motivated voters can overcome these kinds of hurdles.”

The issue of election security is clearly on the minds of voters. A recent Chicago Harris/AP-NORC poll found that nearly eight in 10 Americans are at least somewhat concerned about potential hacking of election systems, with 45 percent saying they are extremely or very concerned.

A key concern is that five states exclusively use electronic voting machines that do not produce a paper trail that can be used to verify election results if questions about the final tally arise.

Georgia, where the governor’s race is among the most closely watched elections in the country, is one of the states where voting rights groups have been raising numerous concerns about election security and voter access.

Over the weekend, reports of security vulnerabilities within the state’s online voter registration portal prompted a flurry of accusations from the Secretary of State’s office, which is overseen by Republican gubernatorial candidate Brian Kemp. His office claimed without providing evidence that Democrats had tried to hack into the system. Democrats dismissed that as an effort to distract voters from a problem in a system he oversees.

Kemp is one of two Republicans who are overseeing elections this year while also running for governor. Former President Jimmy Carter is among those who have called for him to step down, but Kemp has insisted that he will continue to do the job while warning of the potential for voter fraud.

While experts have said voter fraud is exceedingly rare, Republicans have used it to justify strict voter ID laws, purging of voter rolls and other measures that make it more difficult to vote.

President Donald Trump has often cited voter fraud as a reason he lost the popular vote two years ago and has raised the issue during his recent campaigning. On Monday, he was asked what proof he had of people attempting to vote illegally in the midterms.

“All you have to do you is go around, take a look at what’s happened over the years and you’ll see,” he said outside Air Force One on his way to a rally. “There are a lot of people, a lot of people, my opinion and based on proof, that try and get in illegally and actually vote illegally.”

Nationally, some 6,500 poll watchers are being deployed by a coalition of civil rights and voting advocacy groups, including Common Cause, to assist people who encounter problems at the polls. That is more than double the number sent to polling places in 2016, while the number of federal election monitors has declined.

The U.S. Justice Department announced Monday that it is sending personnel to 35 jurisdictions in 19 states, which is less than the 67 jurisdictions in 28 states that received assistance in 2016.
___