As much of America votes, some chose not to or couldn’t 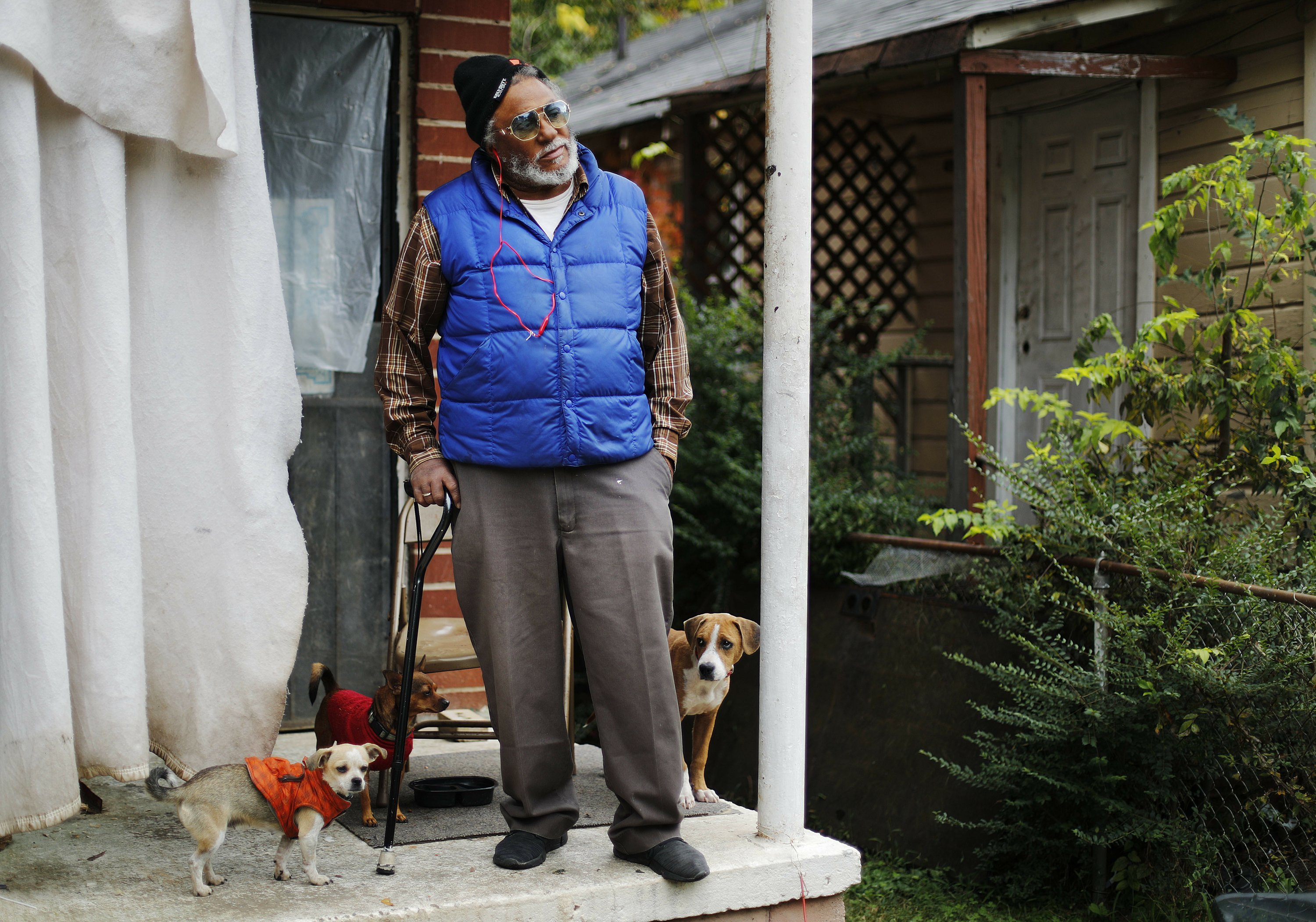 ATLANTA — For some, it’s a privilege lost. Others are disillusioned by a system they say does nothing for them. Others still are turned off by the anger and divisiveness they see as ripping the country apart.

As Americans on Tuesday voted in midterm elections largely seen as a referendum of President Donald Trump’s first two years in office, many people stayed home.

According to AP VoteCast, a national survey of the electorate, nonvoters said the biggest reasons for them not voting were they didn’t like politics generally and they don’t know enough about the candidates’ positions. Few said it was because they did not know where to vote, it takes too much time or they didn’t have the required identification.

Nationally, 70 percent of registered voters who chose not to vote in the midterm election were younger than 45. A wide share of those who did not vote — around 8 in 10 — did not have a college degree. About as many nonvoters were Democrats (32 percent) as Republicans (32 percent).

The Associated Press spoke to some who either chose not to vote or were not able to:
___

Truth Graf, 57, wasn’t able to vote after being convicted of arson and cocaine possession for what she calls “an act of desperation.” She burned her house down during the housing crisis to avoid foreclosure, and her right to vote won’t be restored until she’s off probation in 2040. “I’ll be 80 when I can vote again. It’s devastating to me to be sitting here on Election Day,” Graf said, as she rested her elbows on her kitchen table in Woodstock, Georgia. “I believe so strongly in the process of having a voice and my voice has been taken away.”
___

Debbie Key, 58, doesn’t believe her vote will make a difference. “I’m a little disillusioned,” she said as she walked out of the cooler while at work at Brenda’s House of Flowers in Woodstock, Georgia. “I am not educated enough on policy.” She added: “And what is presented to me through commercials, TV ads, forget it. It’s just not enough for me to have an opinion. I’m pretty much ambivalent. Nothing lights me up.”

Oscar Ramirez, 61, emigrated from Cuba and has voted in past elections, but the divisive political climate has given him pause. “I thank God and this country every day for what they gave me,” Ramirez said as he unloaded spices to be delivered to a market in Woodstock, Georgia. “It makes me sick the way they go at each other.” He added: “Republicans and Democrats, they just go at each other and all we get are promises. They worry more about each other than us. I see from the past once they get up there they forget about the little people.”

Charles Shields, 71, didn’t feel like he will get a fair deal, no matter who wins. “I didn’t see a reason to vote. I feel like if I vote, it really does no good,” he said as he stood on his porch with his dogs at his home in Atlanta. “I feel like a new man going in is a good man, but when he gets in there, that’s when he turns into a different person. I’ve heard just about everything they could say.” Still, he said, he contributes in other ways. “What I usually do is get a sign of who I like and ride around with it on my car so I feel like that is helping.”
___

Georgia State University student Ebony Short, 22, spent part of Tuesday studying in her room. “Liberalism is just as bad as conservatism. Capitalism is perpetuating the globalization of fascism, and that’s another reason why I’m not going to vote,” said Short, who has voted on local city council elections but sees higher level races as furthering the cause of imperialism. “I’m not going to shame people for voting, but I want people to understand that you also on that same token shouldn’t shame someone who is using not voting as a tactic as well. How can you be upset at people who are demanding more from the system?”

Emory University student Omar Hernandez, 20, simply ran out of time. “I would have had to file an absentee ballot because I’m from Florida, and with exams and school, I’ve been just overwhelmed,” said Hernandez, who was studying organic chemistry on his laptop as he waited for a haircut in Atlanta. “In all honesty, I feel like voting is a place where everyone can feel like they’re making a contribution to society, just a way of keeping hope for the masses, like making them feel they have a say in the government and they really don’t.”
___

Justin Lee, 25, said he has never voted. “My friends told me I need to, and I know Georgia has a small Asian population, so it actually matters if I vote or not, to voice our population’s best interest. They tell me my vote counts and I think I should (vote),” said Lee who owns D92 Korean BBQ and said he works seven days a week, sometimes 12 or 13 hours a day. “I’m not well educated in politics, I spend all my time working. I wish it was easier to vote, like on the phone.”