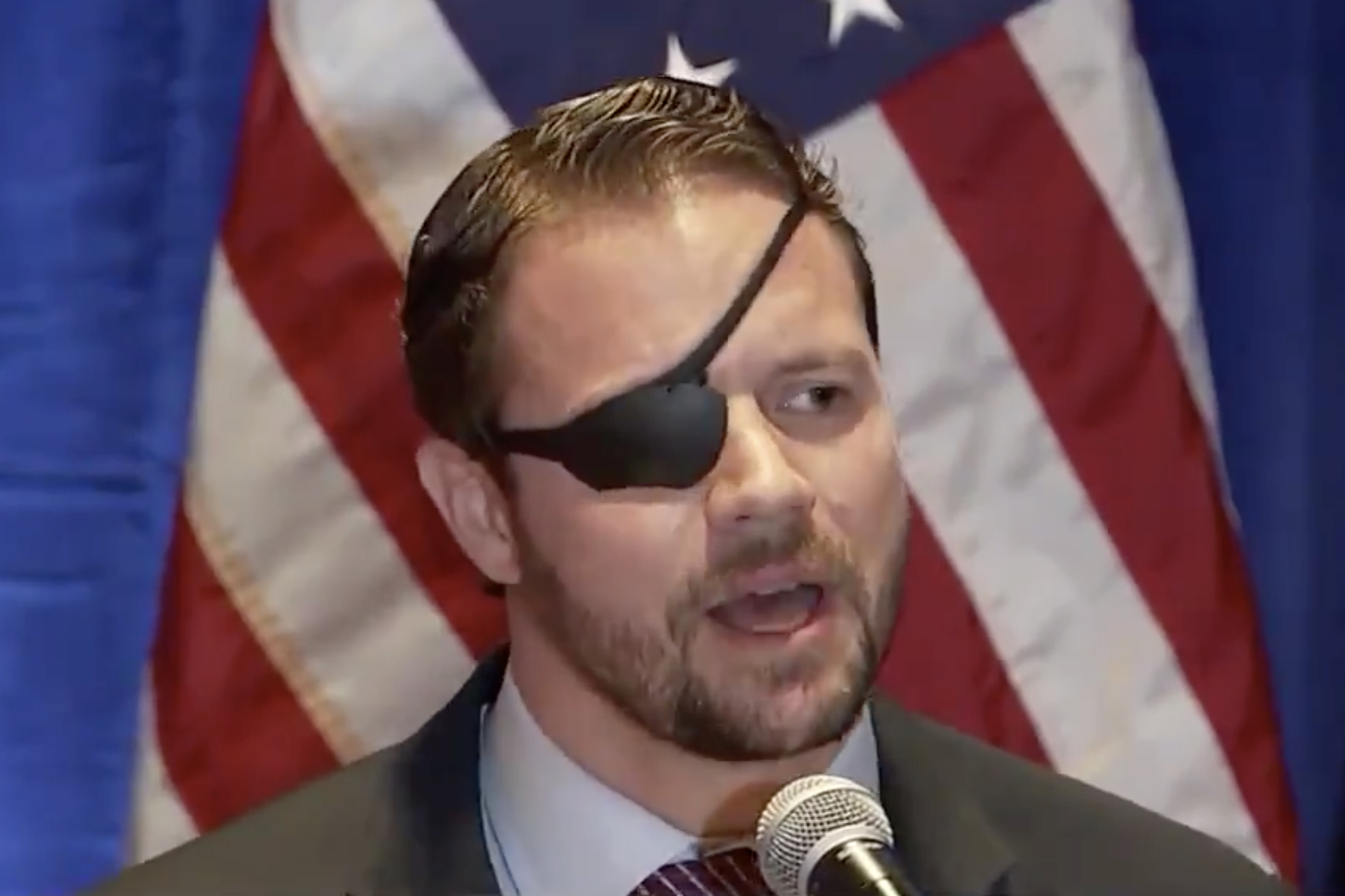 Dan Crenshaw, the veteran who lost an eye from an IED blast in Afghanistan and whose appearance was ridiculed on “Saturday Night Live” last weekend, has won his House race for Texas’ 2nd Congressional District.

In his victory speech Tuesday night, he referenced the ‘SNL’ incident, saying, “Well, I’m from the SEAL teams, we don’t really get offended,” adding, “But we also like it when comedians are actually funny. Let’s get back to being funny.”

He also joked that his adviser John Noonan was “upset because the recent ‘Saturday Night Live’ controversy has resulted in me having more Twitter followers than [him].”

Despite the backlash after “SNL” aired, Crenshaw appeared on CNN Monday and said he is not looking for an apology from Davidson.

“I do not demand an apology. He probably should apologize, but I don’t want some hollow apology,” he said. “I think what him and maybe the producers at ‘SNL’ should do is pool their money together — let’s throw a figure out there, a million dollars — and let’s donate that to a series of veteran’s nonprofits. There’s a lot of veterans that really need help, and frankly, this kind of thing is offensive to them. They feel laughed at.”

Good rule in life: I try hard not to offend; I try harder not to be offended. That being said, I hope @nbcsnl recognizes that vets don’t deserve to see their wounds used as punchlines for bad jokes.

“SNL” has not yet responded to Crenshaw’s comments, but cast member Kenan Thompson appeared on “The View” Tuesday and said, “They’re figuring out a way to right that wrong, I’m pretty sure,” adding, “It’s not our intention to disrespect anyone. Our whole thing is to just be artists and hold up a mirror.”

One thing is for sure, Crenshaw has some class remaining civil despite a personal attack on a wound he received while serving his country.