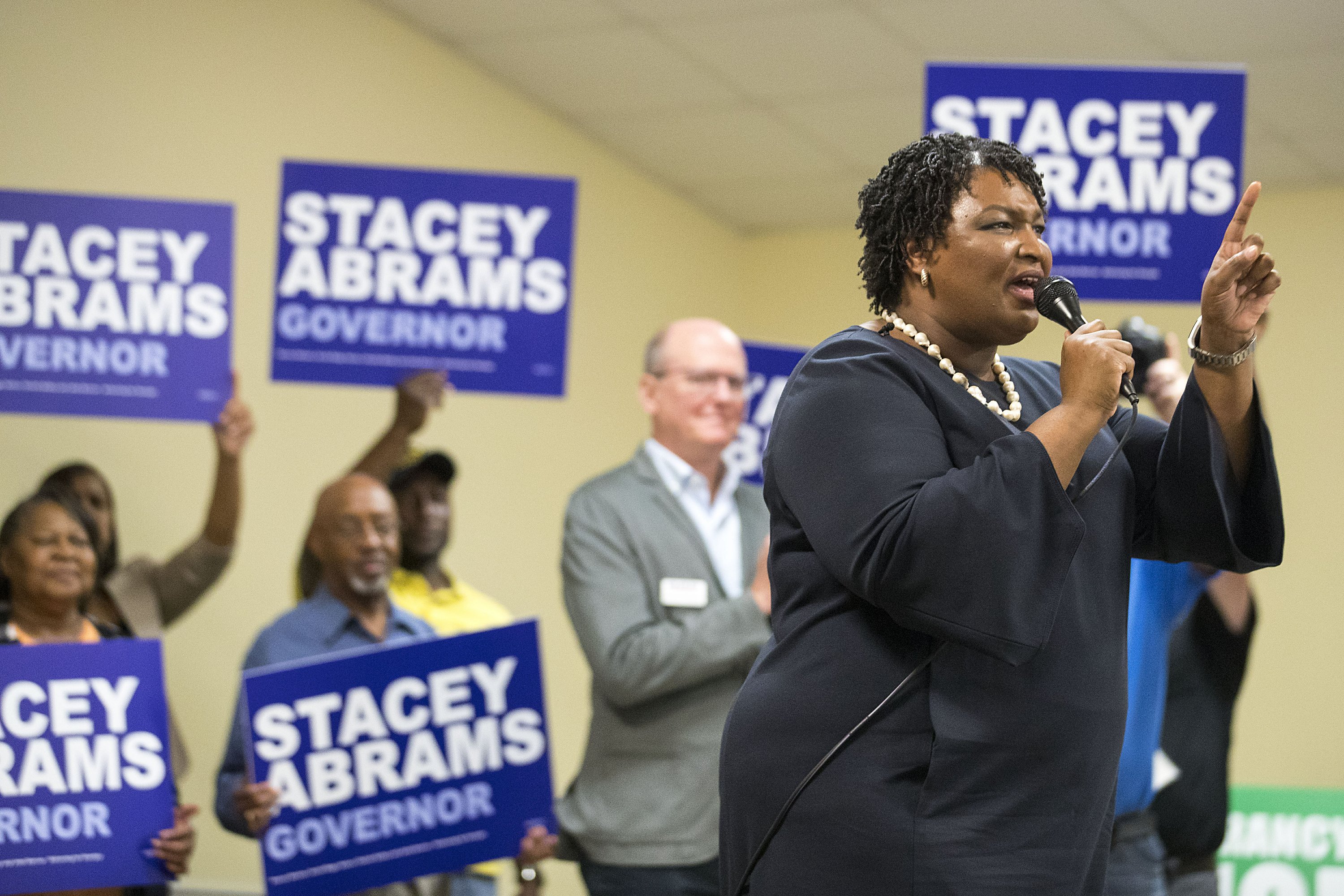 ATLANTA — Voters in one of the nation’s most closely watched governor’s races cast ballots Tuesday amid an ongoing dispute about one of the candidates’ management of Georgia’s elections system, leaving open the possibility that the loser may not accept the outcome.

Republican Brian Kemp and Democrat Stacey Abrams are meeting in one of the signature contests of the 2018 midterm elections, with potential outcomes ranging from the election of America’s first black woman governor to another four weeks of bitter, race-laden campaigning.

Adding to the Election Day drama, widespread reports of technical malfunctions and long lines at polling stations came in from across the state, with some voters reporting waits of up to three hours to cast ballots.

In Cobb County, just outside Atlanta, Nicole Whatley planned to vote for Abrams, partly because “of this whole social divisiveness that’s been going on,” she said, as she stood in line to vote outside a library in a cold rain Tuesday morning.

Whatley, 33, said she didn’t appreciate how Kemp has adopted Trump’s rhetoric on immigration.

“Kemp tried to play that Trump card to get where he’s at,” she said, adding that Abrams, by contrast, highlighted unity. “Her campaign spoke about partisanship and bringing people back together,” Whatley said.

Her husband Lance Whatley, a 29-year-old software engineer, was leaning toward voting for Kemp as he waited. “It might be a game-time decision for me when I get in the voting booth,” he said.

Kemp, a 54-year-old businessman and veteran secretary of state is vying to maintain the GOP’s hold on a state that is nearing presidential battleground status courtesy of its growth and diversity. Republicans have won every Georgia governor’s race since 2002.

Ballot access and election integrity flared up in the final weekend after a private citizen alerted the Georgia Democratic Party and a private attorney of potential vulnerability in the online voter database Kemp that oversees in his current job as secretary of state. Those private communications ended up with Kemp announcing, without providing any evidence, that he was launching an investigation into Georgia Democrats for “possible cybercrimes.”

Kemp pushed back Monday against concerns that his call for an investigation is politically motivated.

But Abrams would have none of that, declaring Kemp a “bald-faced liar” intent on deflecting attention from security problems with his system.

Both nominees frame it as no less than a battle for Georgia’s soul, a contest so intense that early voting has approached the overall number of ballots cast in the governor’s race four years ago. Georgia law requires a majority to win, so the presence of a Libertarian on the ballot could yield a Dec. 4 runoff.

“I’ve never seen a time where the state of Georgia had more at stake than we do in this contest,” Kemp told supporters at one of his final campaign stops.

In the closing days, Kemp basked in President Donald Trump’s glow, after a Sunday rally that drew thousands of boisterous Republicans to central Georgia to see Trump deplane from Air Force One.

Abrams, meanwhile, continued as she has throughout her campaign noting the potential historical significance but arguing the contest should be about more.

But even the policy debates have played out as much as cultural identity battles as they have nuanced debates over policy details.

Abrams blasts Kemp as “an architect of voter suppression” for the way he’s opted to enforce federal and state election laws. Kemp and other Republican groups have blasted Abrams as an extremist with backing from “socialists” who, in Kemp’s estimation, “want to turn Georgia into California.”

The Georgia outcome is among the most closely watched of any midterm contest for reasons beyond Abrams’ race and gender. Democrats are expected to pick up several governor’s seats across the country, particularly in the Midwest region that helped propel Trump to the White House in 2016. But flipping what has been a GOP stronghold like Georgia would signal a potential meaningful shift in the electorate and open up a new battleground ahead of 2020.