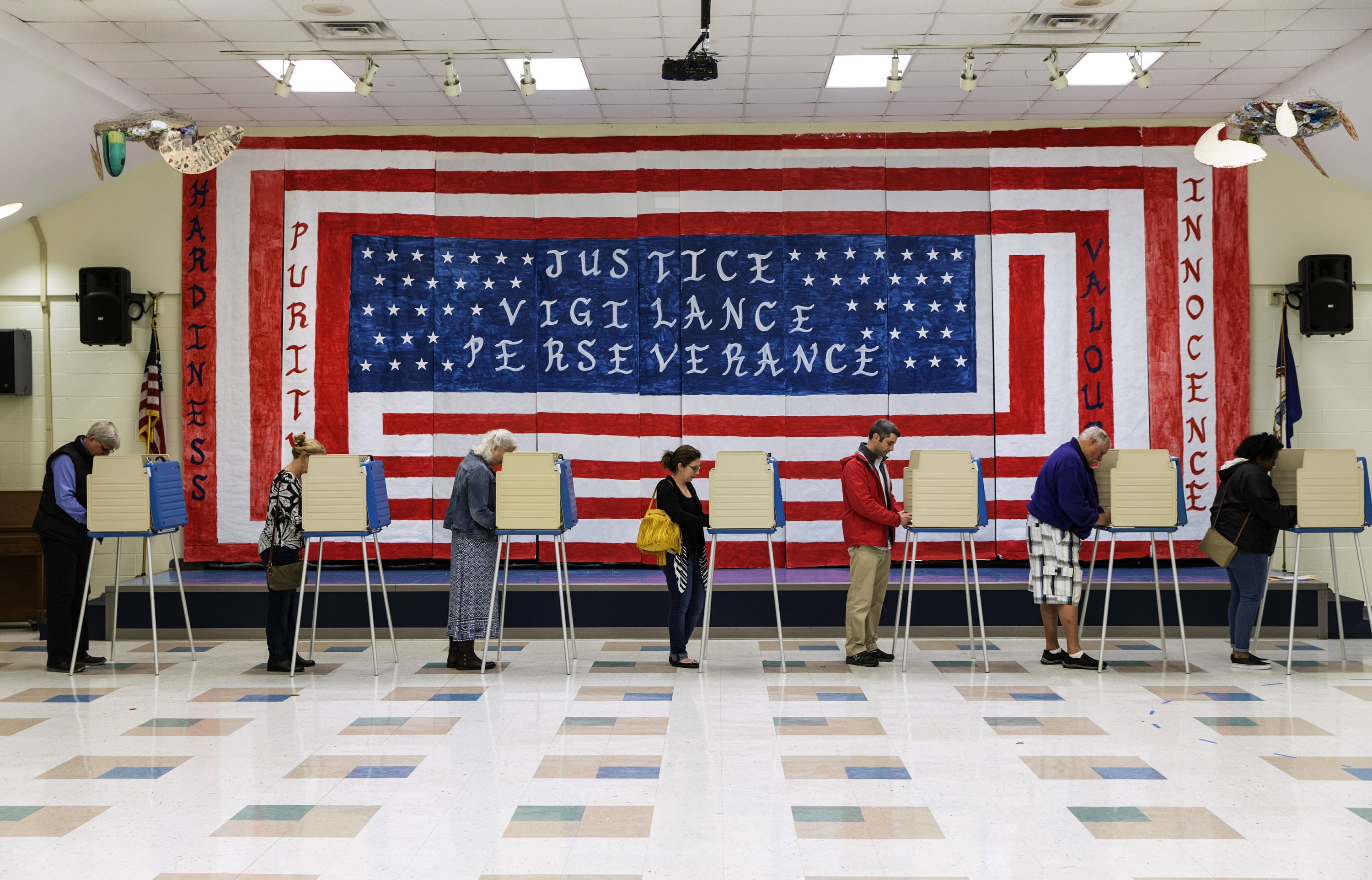 WASHINGTON — Health care and immigration were high on voters’ minds as they cast ballots in the midterm elections, according to a wide-ranging survey of the American electorate conducted by The Associated Press.

A majority of voters overall say the country is headed in the wrong direction. Still, about two-thirds say the economy is good.

With control of the Senate and the House of Representatives at stake, Trump encouraged voters to view the first nationwide election of his presidency as a referendum on his leadership.

VoteCast debuted Tuesday, replacing the in-person exit poll as a source of detailed information about the American electorate.

In all, the survey included interviews with more than 113,000 voters nationwide.

Some early takeaways from AP VoteCast:

Health care was at the forefront of voters’ minds: 26 percent named it as the most important issue facing the country in this year’s midterm elections. Smaller shares considered immigration (23 percent), the economy (19 percent), gun policy (8 percent) and the environment (7 percent) to be the top issue.
___

STATE OF THE ECONOMY

Voters have a positive view of the nation’s current economic outlook — 65 percent said the state’s economy is good, compared with 34 percent who said it’s not good.
___

For 36 percent of voters, President Donald Trump was not a factor they considered while casting their vote. By comparison, 64 percent said Trump was a reason for their vote.
___

AP VoteCast is a survey of the American electorate conducted in all 50 states by NORC at the University of Chicago for The Associated Press and Fox News. The survey of 113,677 voters and 21,599 nonvoters was conducted Oct. 29 to Nov. 6, concluding as polls close on Election Day. It combines interviews in English and Spanish with a random sample of registered voters drawn from state voter files; with self-identified registered voters conducted using NORC’s probability-based AmeriSpeak panel, which is designed to be representative of the U.S. population; and with self-identified registered voters selected from nonprobability online panels. Participants selected from state voter files were contacted by phone and mail, and had the opportunity to take the survey by phone or online. The margin of sampling error for voters is estimated to be plus or minus 0.5 percentage points. All surveys are subject to multiple sources of error, including sampling, question wording and order, and nonresponse.