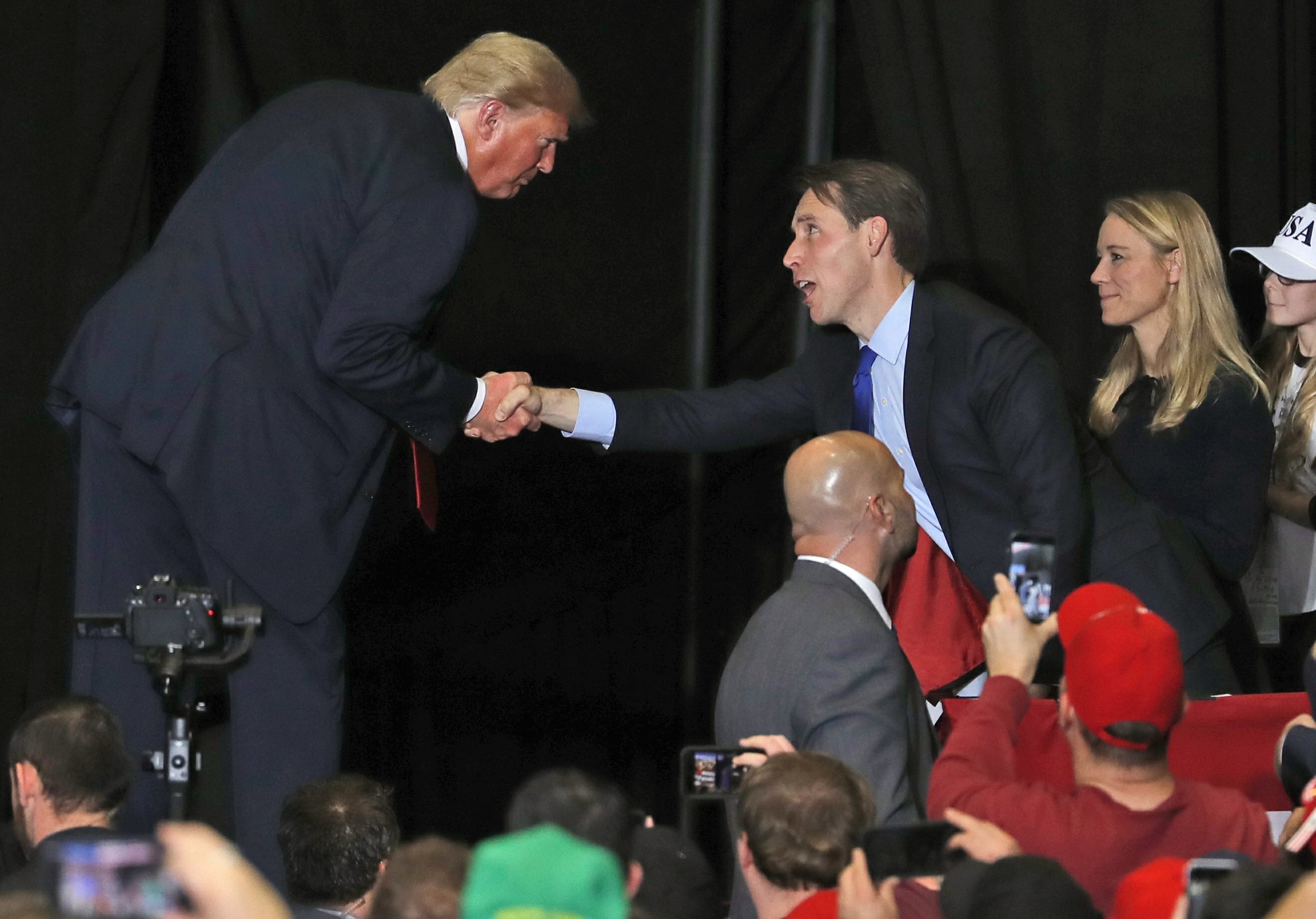 WASHINGTON — The Latest on President Donald Trump and the midterm election (all times local):

Democrats won back control of the chamber in Tuesday’s election and Pelosi would be in line to be elected speaker. The California Democrat was the nation’s first female speaker from 2007-2011. But a number of House Democratic candidates have said they won’t support her for the top role.

Trump said Wednesday that “if they give her a hard time, perhaps we will add some Republican votes. She has earned this great honor!”

House Democrats meet later this month to elect party leaders and Pelosi is expected to win most of those votes. But being elected speaker in January requires a majority of House votes.

Pelosi has been up front about not wanting to pursue impeaching Trump.

President Donald Trump is warning Democrats against using their new majority in the House of Representatives to investigate his administration. He said in a tweet Wednesday that if they do, the Republican-controlled Senate may investigate Democrats.

With the Democrats in the majority they will have the power to launch investigations and subpoena records, including possibly Trump’s tax filings and private business dealings.

Trump said that if the Democrats plan to “waste Taxpayer Money investigating us at the House level,” then Republicans “will likewise be forced to consider investigating them for all of the leaks of Classified Information, and much else, at the Senate level.”

He said that “two can play that game!”

It wasn’t clear what leaks he was referring to.

Asked about potential investigations, White House counselor Kellyanne Conway said in a CNN interview Wednesday that “the president is not nervous about anything.”
__

President Donald Trump is praising candidates who embraced his policies and principles during the midterm election, saying they “did very well.”

In a tweet Wednesday, Trump tells those candidates who avoided him to “say goodbye!”

Trump campaigned repeatedly for Republican Senate and gubernatorial candidates in Missouri, West Virginia, North Dakota, Florida, Georgia and other states where he won in 2016. Several of those candidates won their races Tuesday night, while other contests remained too close to call.

Trump says Tuesday’s “Big Win” for Republicans was achieved “all under the pressure of a Nasty and Hostile Media!”

But Tuesday didn’t bring complete good news for Republicans; Democrats won back control of the House.

Trump is scheduled to “discuss our success in the Midterms!” at a White House news conference later Wednesday.
__

Press secretary Sarah Huckabee Sanders announced on Twitter that Trump will take questions from reporters at the White House at 11:30 a.m. EST.

Democrats took back control of the House from Trump’s Republican Party. But the GOP gained ground in the Senate by defeating several Democrats in states where Trump was elected by wide margins in 2016. Republicans also preserved governorships in key states like Ohio and Florida.

Trump campaigned aggressively in the closing days of the campaign, mostly to help Republican Senate candidates.
__

With the loss of the Republican majority in the House, President Donald Trump is facing the prospect of endless House investigations and fresh questions about the resilience of his unorthodox political coalition.

Still, he celebrated GOP success hanging on to the Senate and distanced himself from any blame. Late Tuesday, Trump tweeted: “Tremendous success tonight. Thank you to all!” Early Wednesday, Trump added: “Now we can all get back to work and get things done!”

On Tuesday, Trump called House Democratic leader Nancy Pelosi, a conversation that her office said included congratulations and a nod to her pitch for bipartisanship.