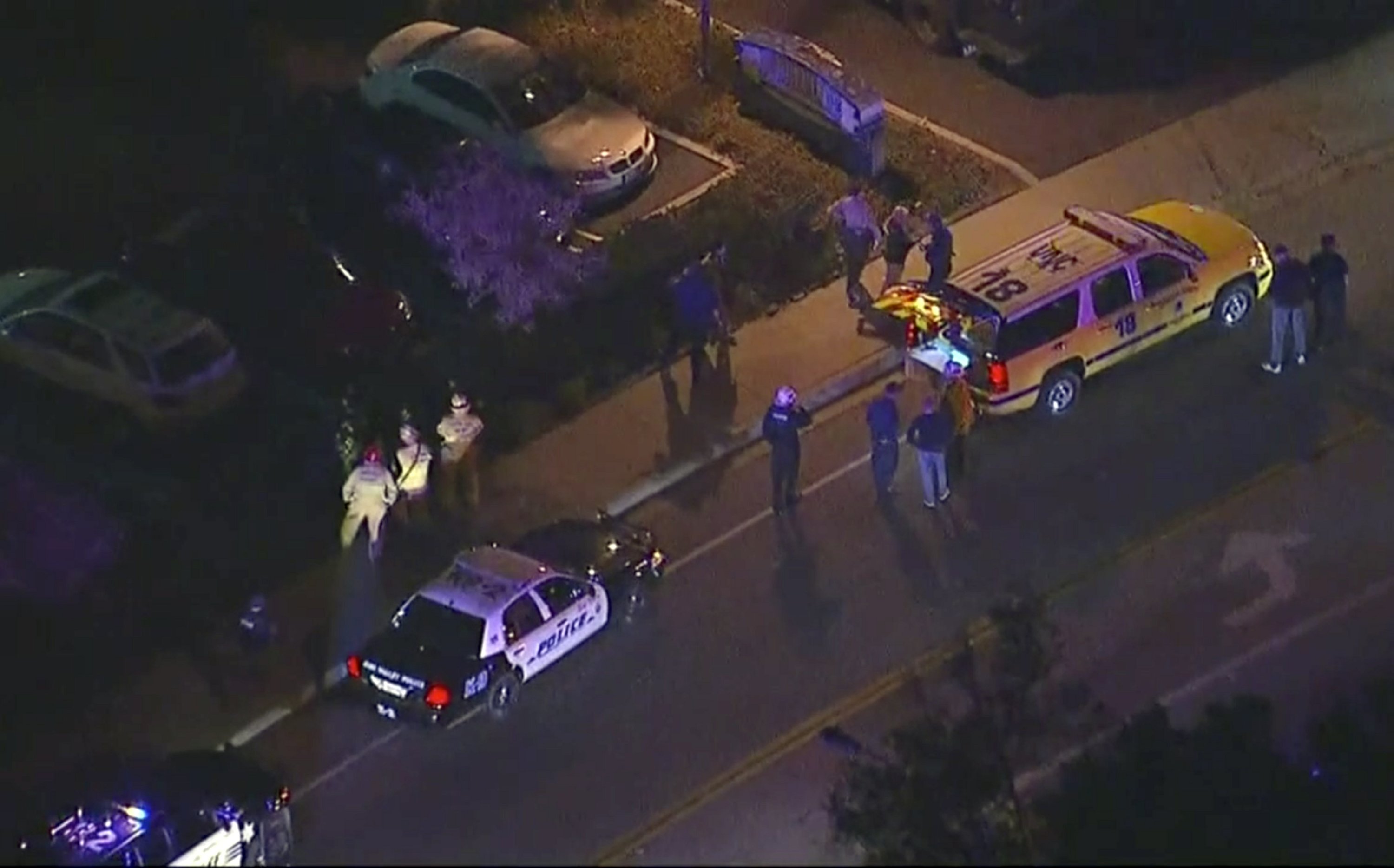 THOUSAND OAKS, Calif. — A gunman opened fire Wednesday inside a country dance bar crowded with hundreds of people on “college night,” wounding 11 people including a deputy who rushed to the scene, police said.

Kuredjian said hundreds of people were inside the Borderline Bar & Grill in Thousand Oaks at 11:20 p.m., and shots were still being fired when deputies arrived.

Tayler Whitler, 19, said she was inside the bar when a gunman walked in with his face partly covered by something resembling a ski mask, opened fire on a person working the door, then began to shoot people at random.

“It was really, really really shocking,” Whitler told KABC-TV as she stood with her father in the Borderline parking lot. “It looked like he knew what he was doing.”

It was college night and country two-step lessons were being offered Wednesday at the Borderline, according to its website.

It has been “quite some time” since there was a shooting of any kind in Thousand Oaks, a city of about 130,000 people about 40 miles (64 kilometers) west of Los Angeles, just across the county line.

Nick Steinwender, student body president at nearby California Lutheran University, rushed to the scene when he heard about a shooting at the bar where he knew friends and fellow students were inside.

“It was chaos, people jumping out of windows, people hopping over gates to get out” Steinwender told KABC.

He said he heard from people inside that they were hiding in bathrooms and the attic of the bar.