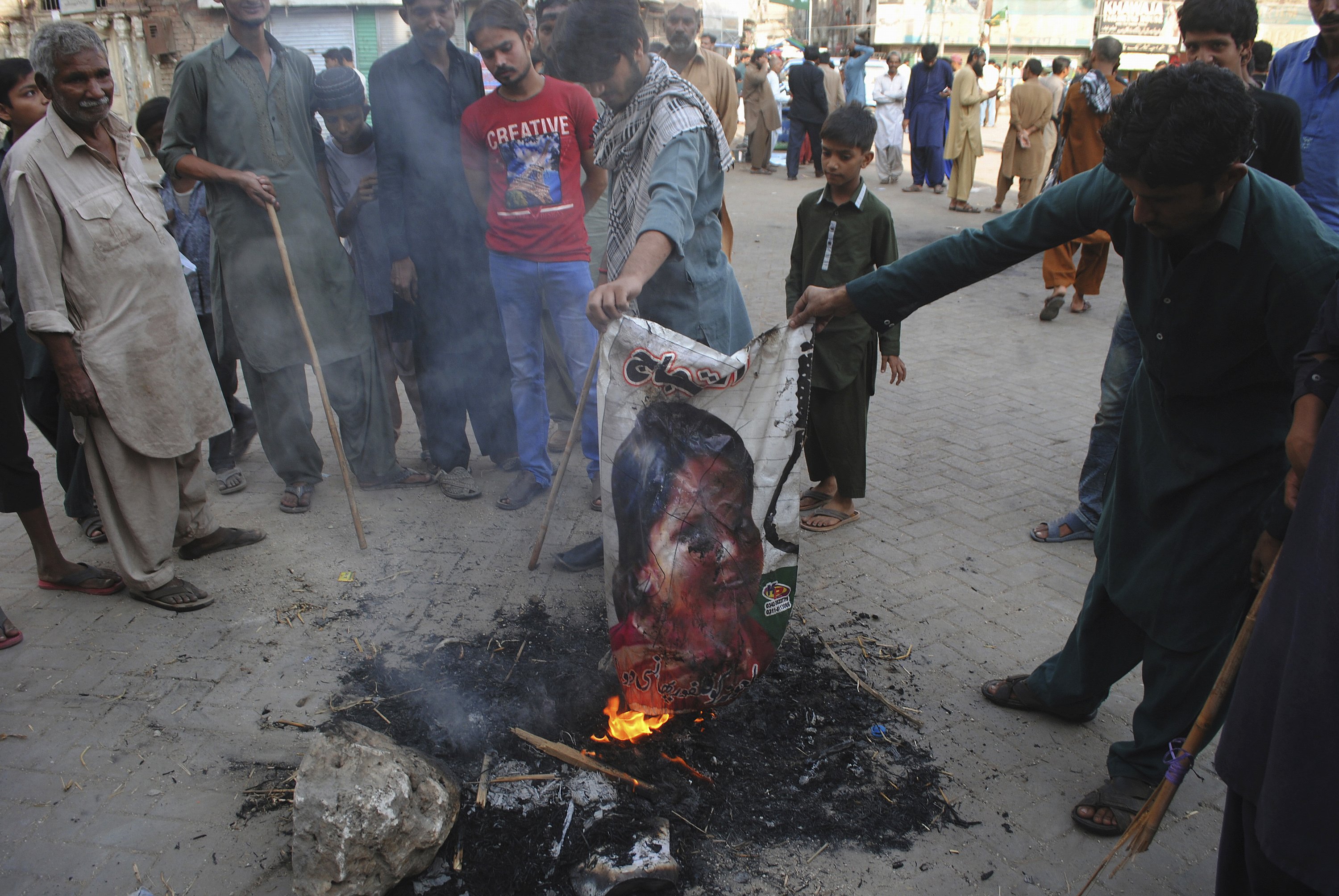 ISLAMABAD — A Christian woman acquitted after eight years on death row for blasphemy was released but her whereabouts in Islamabad on Thursday remained a closely guarded secret in the wake of demands by radical Islamists that she be publicly executed.

Aasia Bibi was with her family and under heavy security after being transferred to the Pakistani capital overnight from her detention facility in southern Punjab.

The European Parliament has made an offer to protect Bibi’s family. For the moment she was still in Pakistan, according to two people who are close to her. They spoke on condition of anonymity so as not to endanger Bibi’s life.

Bibi left the Punjab facility amid tight security late on Wednesday night and was flown to Islamabad. Troops had guarded the roads leading to the airport from which she departed, Pakistani officials said, speaking on condition of anonymity as they were not authorized to speak to the media.

Radical Islamists have been demanding Bibi’s death as well as the death of the three Supreme Court judges who acquitted her last week.

Following her acquittal, the hard-line Tehreek-e-Labbaik Party forced a country-wide shut down as their supporters took to the streets for three days to protest Bibi’s release.

Scores of protesters were arrested for damaging vehicles and property during the rallies and bank accounts of some of the leaders of the party were reportedly frozen.

The rallies only dispersed after Prime Minister Imran Khan’s government promised a court would review a motion to challenge the acquittal and deny Bibi permission to leave Pakistan.

Critics immediately accused Khan, who came to power after elections last summer riding in part on an Islamist agenda, of capitulating to the radicals.

Bibi’s acquittal initially seemed to bring an end to her ordeal, which began on a blistering hot day in 2009 when 54-year-old mother of five, a farmworker, went to fetch water. An argument took place after two fellow women farmworkers refused to drink from the same container as a Christian.

Nearly a week later, the two women said Bibi had insulted the Prophet Muhammad and she was charged with blasphemy — a controversial issue in Pakistan, where mere accusations of blasphemy can cause riots. The charge itself carries the death penalty and Bibi was sentenced to death in 2010.

Meanwhile, European Parliament President Antonio Tajani invited Bibi and her family to Europe. In a letter, a copy of which was seen by The Associated Press, Tajani tells Bibi’s husband Ashiq Masih, that the European Parliament is “extremely concerned for your safety as well as your family’s, due to the violence by extremist elements in Pakistan.”

Masih had appealed on Sunday to President Donald Trump and British Prime Minister Theresa May to help the family leave Pakistan.

Tajani’s letter was an indication that Bibi and her family may be leaving for Europe imminently, though their destination has not been confirmed. Earlier, Spain and France had offered her asylum.

Last month, while Bibi was still in custody, Pakistani authorities said they arrested two prisoners for allegedly conspiring to strangle her and since that additional police and troops have been deployed to the facility in Punjab.