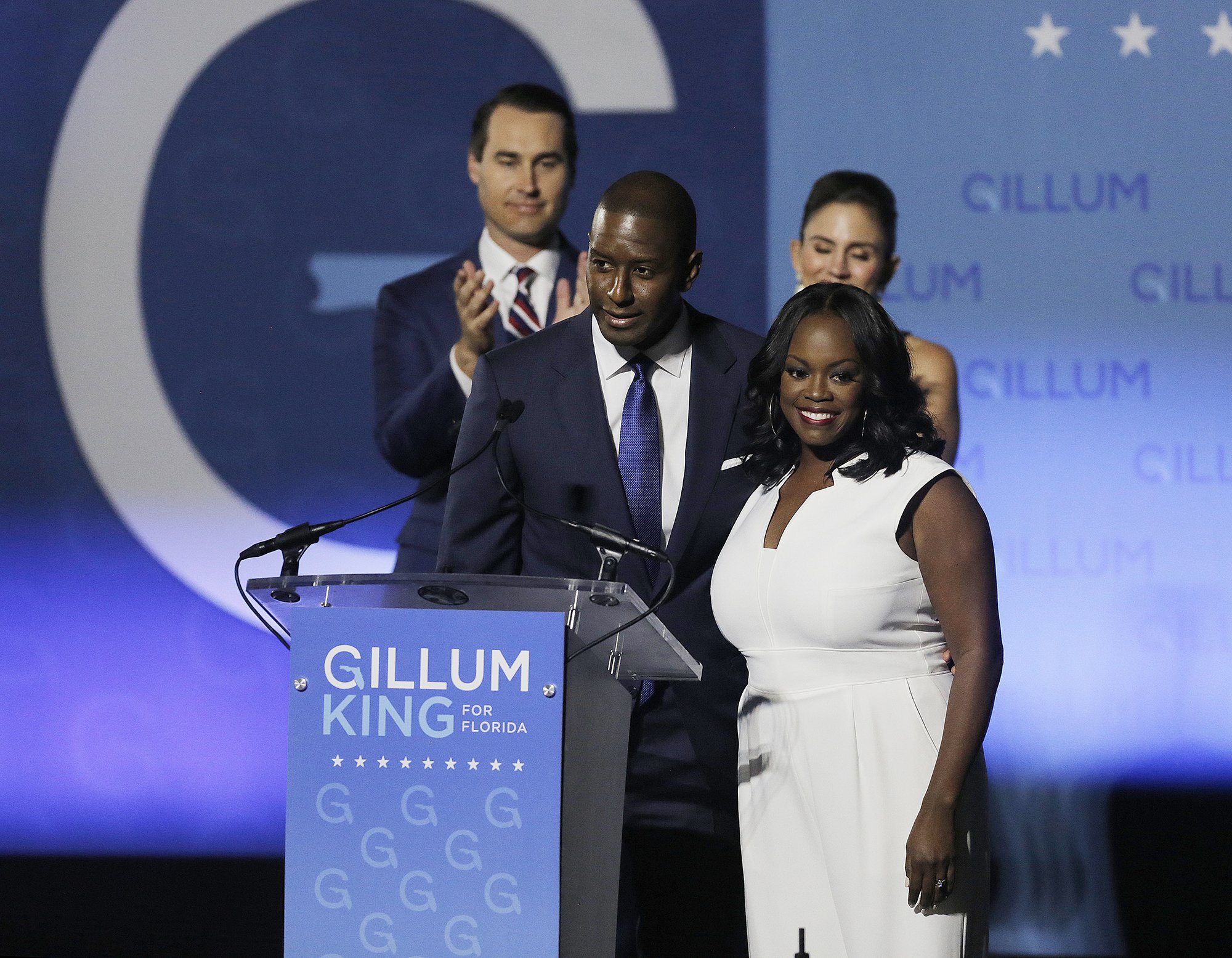 WASHINGTON — For all the many successes among candidates of color, the midterm elections also proved to some the enduring power of racism, with minority politicians’ intelligence and integrity called into question by their opponents and President Donald Trump in what were widely seen as coded appeals to white voters.

Several Democratic strategists said Wednesday that the outcome showed the need for the party to recalibrate its strategy heading into 2020 and beyond.

To win, they said, the party must expand its base of black and brown voters while also calling out racism more directly and doing more to persuade white voters to reject bigotry.

During the campaign cycle, Trump referred to black Tallahassee mayor and Democratic candidate for Florida governor Andrew Gillum as “a thief” because of an undercover FBI investigation into his acceptance of Broadway tickets. Trump also branded Gillum’s city “corrupt.”

Republican Ron DeSantis, who beat Gillum on Tuesday, began the campaign by cautioning Florida voters not to “monkey this up” by voting for the Democrat — a remark that was also decried as racist.

In the end, Gillum, who would have been Florida’s first black governor, came within less than 56,000 votes of DeSantis. In Georgia, the contest for governor was still too close to call on Wednesday.

“Progressives have to have a better rebuttal to Trump’s tribalism than they have right now,” said Democratic strategist Cornell Belcher. “We have to give moderate white voters who are bothered by a sense of division some skin in this racism game. That’s not pivoting to health care. That’s talking about how this tribalism will affect them and their children. You don’t fix racism by not taking it on.”

In an often-combative morning-after news conference Wednesday, Trump rejected any suggestion that he emboldened white nationalists recently by describing himself as a “nationalist.” The president repeatedly said the question, posed by a black journalist, was itself racist.

On the plus side of the ledger for minorities Tuesday, a lot of the organizing during the midterm cycle was focused on minority voters, and record early turnout and long lines on Election Day suggested those efforts paid off.

Organizers pointed to the election to Congress of blacks and Latinos such as Massachusetts’ Ayanna Pressley, Connecticut’s Jahana Hayes, New York’s Alexandria Ocasio-Cortez and Texas’ Veronica Escobar, and the passage of a constitutional amendment in Florida that will restore the right to vote to more than a million former felons.

They also cited the defeat of GOP conservatives like Wisconsin Gov. Scott Walker and Kansas Gov. Kris Kobach as evidence that coalitions with liberal and centrist whites can work. Likewise, congressional candidates such as Illinois’ Lauren Underwood and New York’s Antonio Delgado showed that blacks can win in majority-white districts.

Packnett said there was a lot to be hopeful for going into 2020.

“I’m saddened that the white women who also possess a marginalized identity are not voting in their interests more,” she said. “But just because we didn’t get all the wins in our column that we wanted doesn’t mean that there were not people who learned better and did better this election.”

Pressley, elected from a liberal, diverse Boston district as Massachusetts’ first black congresswoman, said candidates of color ignited and expanded the electorate in this year’s midterms. But she said America is not yet at the point where candidates of color are assumed to be capable or experienced.

“When we’re characterized as a fad or a trend of a fluke, that’s a disservice to our leadership,” she said.