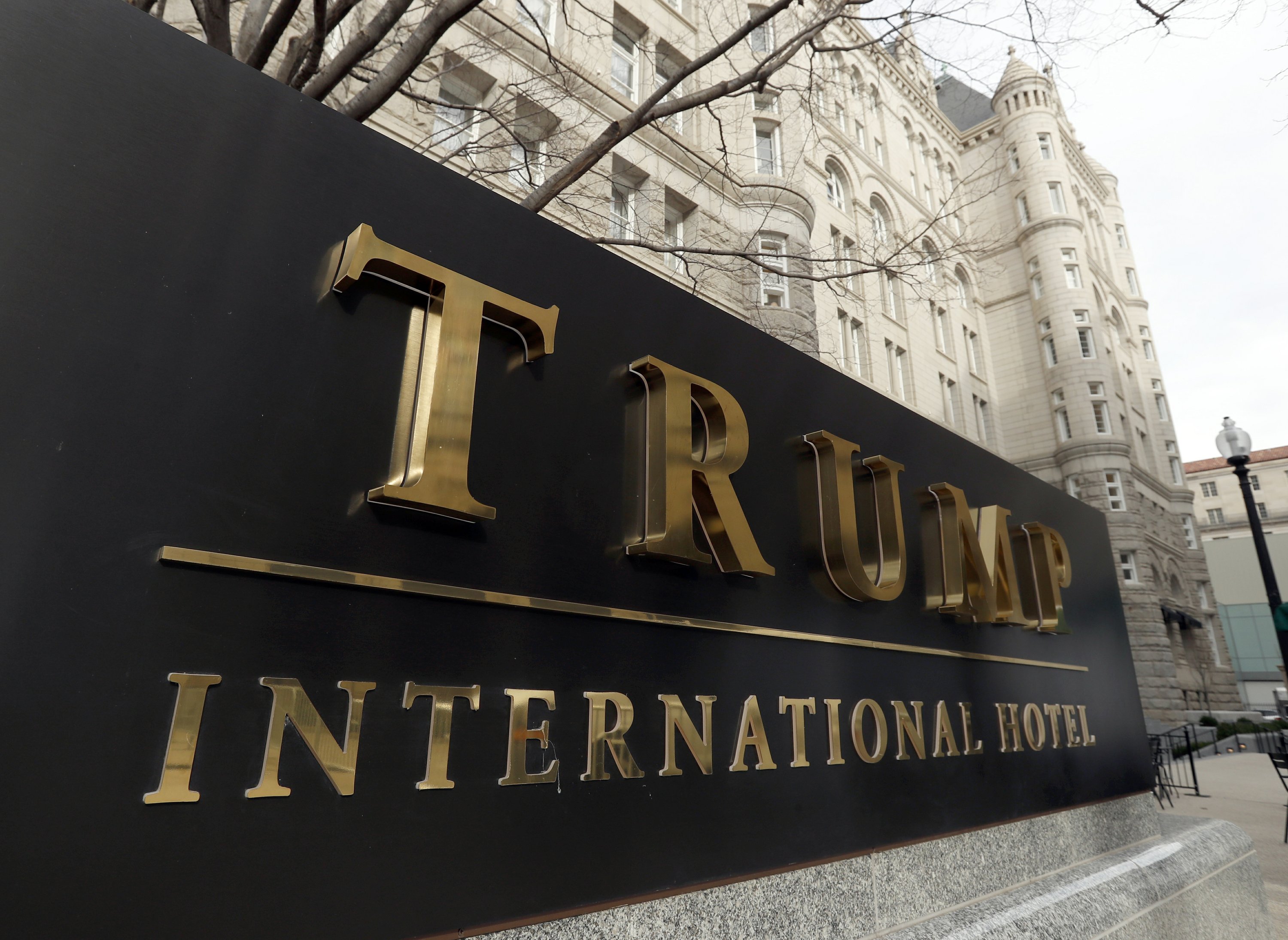 WASHINGTON — Beyond trying to get their hands on the Holy Grail of President Donald Trump’s business dealings — his tax returns — House Democrats are prepared to use their newfound majority and subpoena power to go after all manner of financial records that could back up their claims that he’s using his presidency to enrich himself and his family.

After two years of being blocked by the White House and the Trump Organization at every turn, Democrats hope the new year brings a new day on such issues as foreign government spending at Trump properties, Trump’s foreign licensing deals, Trump administration ties to lobbyists and special interests, and spending by Trump’s charitable foundation.

Rep. Elijah Cummings, the Maryland Democrat who is poised to take charge of the House Oversight Committee, said in a statement to The Associated Press that he intends to use the panel as “a check on the executive branch — not merely for potential criminal violations, but for much broader concerns, such as conflicts of interest, emoluments violations and waste, fraud and abuse.”

While Democrats taking over key House committees have not specifically telegraphed their targets, Cummings’ committee would likely seek Trump’s business tax returns and other company-related financial records, according to two Democratic congressional staffers who spoke on condition of anonymity in order to discuss post-election plans.

Trump’s personal income taxes, which he withheld during the 2016 campaign and in his two years in office, are expected to be the purview of the House Ways and Means Committee.

Internal Revenue Service law allows House and Senate tax-writing committees to request federal returns, and the ranking Ways and Means Democrat, Rep. Richard Neal of Massachusetts, has signaled publicly he would ask for them — a move the White House might fight.

Trump said in a wide-ranging news conference Wednesday that he doesn’t want to release his taxes because they are under a “continuous audit.” He also said: “They’re extremely complex. People wouldn’t understand them.”

For the past two years, White House lawyers and the Trump Organization have repeatedly rebuffed Democratic efforts to get even the most basic financial information on Trump’s businesses.

When Cummings and other Democrats asked last year for records detailing Trump’s separation from his businesses, they received an eight-page glossy pamphlet and a single email. When they asked how the Trump Organization arrived at the $151,470 in profits it paid back to the Treasury for foreign stays at his hotels, they got silence.

Now with Democrats in control of the House, if Trump’s companies or other interests ignore their subpoenas or try legal maneuvers to delay or spurn them, they could face a contempt citation to the House floor. Such citations could be taken to federal court for possible legal action.

Any records Democrats manage to shake out could potentially have an impact on federal lawsuits Democrats are already pursuing against the president.

For example, Cummings and other Democratic lawmakers last year filed a federal lawsuit demanding disclosures of records to determine how Trump was approved by the General Services Administration to maintain the lease of the Trump International Hotel in Washington after he became president.

The hotel is housed in the historic Old Post Office, which is owned by the federal government, and its lease has a clause barring any “elected official of the government of the United States” from deriving “any benefit.” Trump and his daughter Ivanka, a senior White House adviser, both retained their stakes in the property.

And then there’s a lawsuit against Trump by nearly 200 Democratic senators and representatives who accuse Trump of constantly violating the Constitution’s emoluments provision banning the acceptance of gifts from foreign and domestic interests. Trump has not relinquished his ownership of his business empire.

Though a separate case involving similar allegations filed by the attorneys general of Maryland and the District of Columbia is further along, the D.C. case is the only one that has congressional Democrats as the plaintiffs.

They argue that such favors to Trump include Chinese government trademarks for his companies, payments for hotel room stays and event-space rentals by representatives of Saudi Arabia and Kuwait, and proceeds from Chinese or Emirati-linked government purchases of office space in Trump Tower.

Their lawsuit also has a potential wrinkle that involves another figure of the tense midterm election season — newly confirmed Supreme Court Justice Brett Kavanaugh. Since some of the plaintiffs in the suit were among the senators on the Judiciary Committee against whom Kavanaugh lashed out during his confirmation hearing regarding sexual assault allegations, some legal experts believe there could be a case made for his recusal if their case ends up before him.

It would be up to Kavanaugh, however, to determine whether he felt he should recuse himself. In an op-ed in The Wall Street Journal before his recent confirmation vote, Kavanaugh said he had misspoken because he was upset and assured the public that he would act as a fair and impartial judge.

Kavanaugh is seen as a conservative swing vote with a record and public comments that suggest deference to the power of the chief executive but legal experts caution it is hard to predict what might happen if legal challenges on emoluments or Trump’s business records make it to the high court.

Any such predication, according to Seth Barrett Tillman, a law lecturer at Maynooth University in Ireland, is “not going to vastly outperform astrology or tarot cards.”