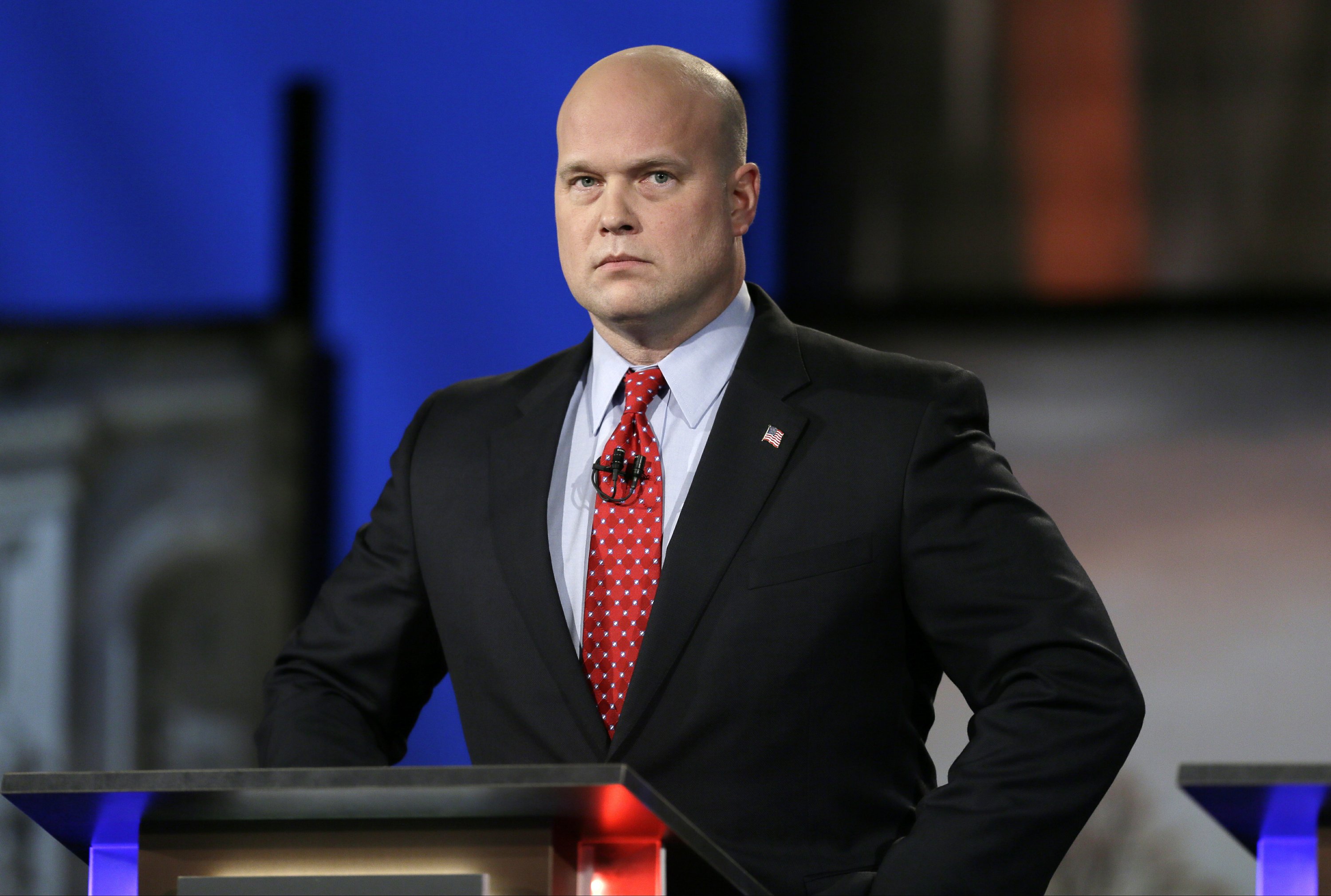 So the loyalty-loving Trump on Wednesday dumped Jeff Sessions from the helm of the Justice Department and replaced him, for now, with the onetime college football player and federal prosecutor. Unlike Sessions, who recused himself from the Russia investigation to Trump’s everlasting fury, Whitaker will oversee it.

Trump and the country already know much about Whitaker’s perspective on the probe.

A look at the investigation and what Whitaker has said about it:
___

After months of bitter attacks on Sessions, Trump on Wednesday announced via Twitter that the former Alabama senator was being replaced. He named Whitaker, 49, who had served as Sessions’ chief of staff, as acting attorney general, overseeing the Justice Department.

That job gives Whitaker the power to oversee the Russia probe. And though Democrats have called for him to recuse himself because of his past comments, the case is less clear-cut than it was for Sessions — who stepped aside because of his prominent role in Trump’s campaign.

That’s raising questions about the fate of Mueller’s investigation. Deputy Attorney General Rod Rosenstein has been overseeing it because of Sessions’ recusal. It includes questions about a 2016 Trump Tower meeting involving the president’s son Donald Trump, Jr., and a Kremlin-connected lawyer offering damaging information about Democrat Hillary Clinton.

Whitaker is a former U.S. attorney from Iowa who founded a law firm with other Republican Party activists.
___

In a July 10, 2017, appearance on CNN, Whitaker shrugged off the idea that the Trump Tower meeting could be part of a criminal conspiracy. He said “there was so much smoke” surrounding Clinton that it made perfect sense for Trump Jr. to take a meeting at which he expected to receive dirt on her.

On Aug. 6, 2017, Whitaker tweeted an op-ed newspaper piece from a former Philadelphia prosecutor carrying the headline: “Note to Trump’s Lawyer: Do not cooperate with Mueller lynch mob.” Whitaker accompanied the tweet with his own comment to his followers: “Worth a Read.”
___

Whitaker laid out in a July 26, 2017, CNN appearance a hypothetical scenario in which Mueller’s investigation could be stifled without him being fired.

Noting that the special counsel’s budget falls within the attorney general’s purview, Whitaker said he could envision a situation in which Sessions was replaced as attorney general and replaced by a new boss who doesn’t fire Mueller but “just reduces his budget to so low that his investigation grinds to almost a halt.”
__

In an Aug. 6, 2017, online opinion piece for CNN, Whitaker said Trump is “absolutely correct” to say that Mueller would be going too far if he were to investigate the president’s family finances. He said it did not take a lawyer or former federal prosecutor to recognize that any inquiry into Trump’s finances “falls completely outside of the realm of his 2016 campaign and allegations that the campaign coordinated with the Russian government or anyone else.”

“Mueller has come up to a red line in the Russia 2016 election-meddling investigation that he is dangerously close to crossing,” Whitaker wrote.

The headline on the op-ed: “Mueller’s investigation of Trump is going too far.”