Heroes rushed into gunfire, pulled people to safety at bar 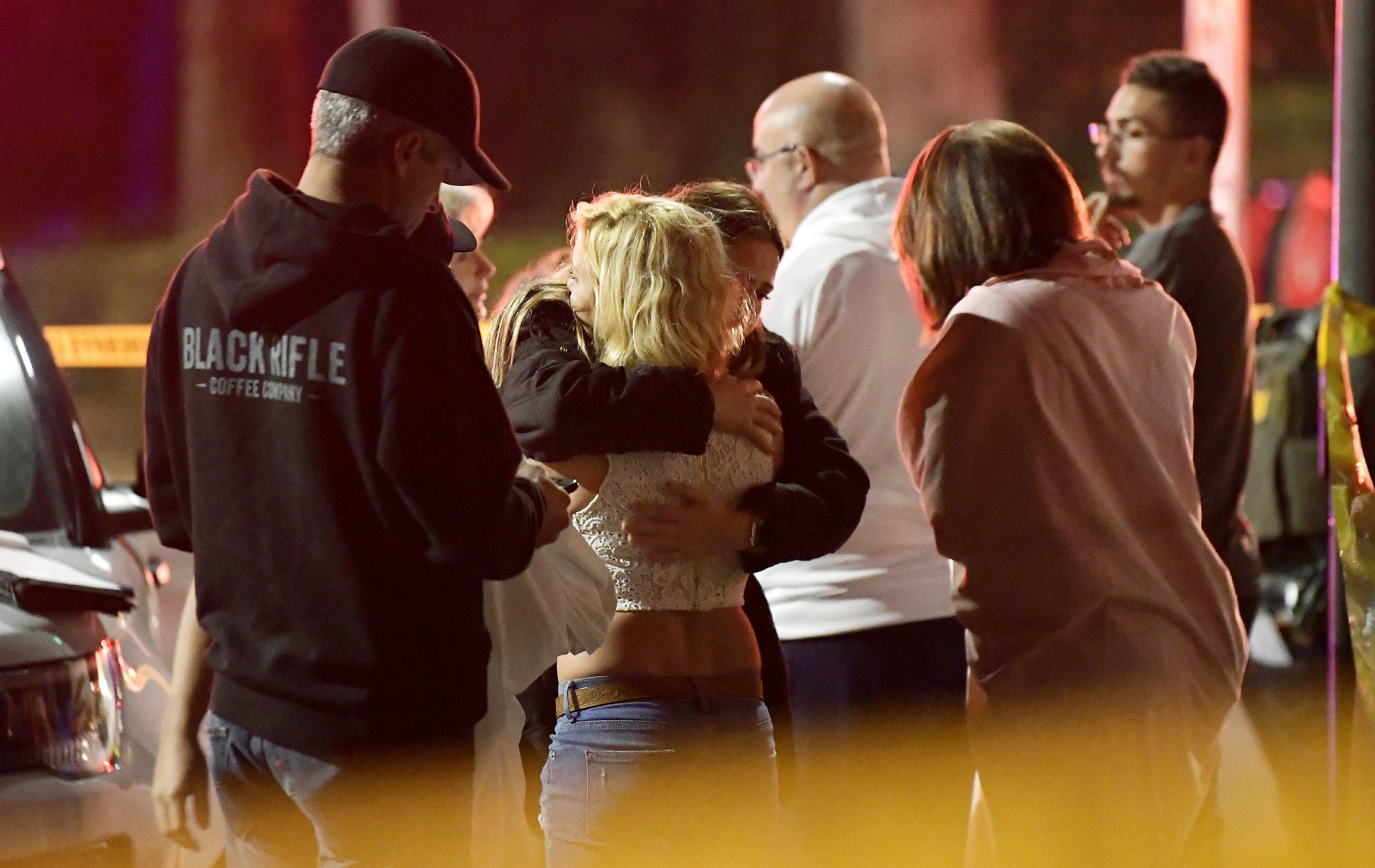 College students out for a good time and a veteran lawman on patrol became heroes during a shooting at a country music bar by pulling people to safety and rushing into the gunfire.

Many of the scores of young people regularly went to Borderline Bar & Grill in Thousand Oaks, California, where a gunman stormed in Wednesday and opened fire, killing 12 people before killing himself.

“It was just a normal Wednesday night, just having a good time,” said Moorpark College freshman Cole Knapp, who suddenly heard a loud bang that he initially dismissed as a prankster setting off a firecracker. Then he looked up and saw a man in a black hoodie holding a gun.

“I tried to get as many people to cover as I could,” Knapp told The Associated Press. “There was an exit right next to me, so I went through that. That exit leads to a patio where people smoke. People out there didn’t really know what was going on. There’s a fence right there so I said, ‘Everyone get over the fence as quickly as you can.’ And I followed them over.”

He saw a California Highway Patrol officer who had just pulled over a driver and shouted to him that there was shooter inside the building. The officer didn’t seem to believe him at first, Knapp said, until he shouted that he wasn’t joking. The city is consistently ranked near the top of the lists of safest places in California.

Matt Wennerstrom, who like Knapp is a Borderline regular, was there with friends when he heard what he called the unmistakable sound of gunfire.

The 20-year-old looked over to see a man dressed in black firing on bar employees who worked the front desk.

“At that point, I grabbed as many people around me as I could and grabbed them down under the pool table we were closest to until he ran out of bullets,” Wennerstrom told reporters.

When the gunman stopped to reload, he and others grabbed barstools and used them to smash open a window. Then they began “shuffling as many people out as possible.”

Wennerstrom, a student at nearby California State University, Channel Islands, soon followed them to safety. He lives near the bar and said many of the regulars grew up in the area and have known each other since childhood.

“It’s not just something where you get out of there and fend for yourself,” he told CBS News. “It’s ‘what can I do to protect as many of my friends as possible.’”

Ventura County sheriff’s Sgt. Ron Helus, a 29-year veteran nearing retirement, was the first law enforcement officer into the bar. He’d been chatting on the phone with his wife when he got a report of trouble.

He ran into the bar and was shot multiple times in an exchange of gunfire, said Sheriff Geoff Dean, who added that the confrontation gave innocent bystanders time to escape.

“Ron was a hardworking, dedicated sheriff’s sergeant who was totally committed,” Dean said of the man who was also his longtime friend and gym partner.

“And tonight, as I told his wife, he died a hero,” added the sheriff, choking back tears.

The California Highway Patrol officer who followed Helus into the building dragged him back out. Helus was taken to a hospital where he died Thursday morning.

Hundreds of people lined the streets to pay their respects as his body was taken by motorcade from the hospital to the coroner’s office.

He is survived by his wife and adult son.