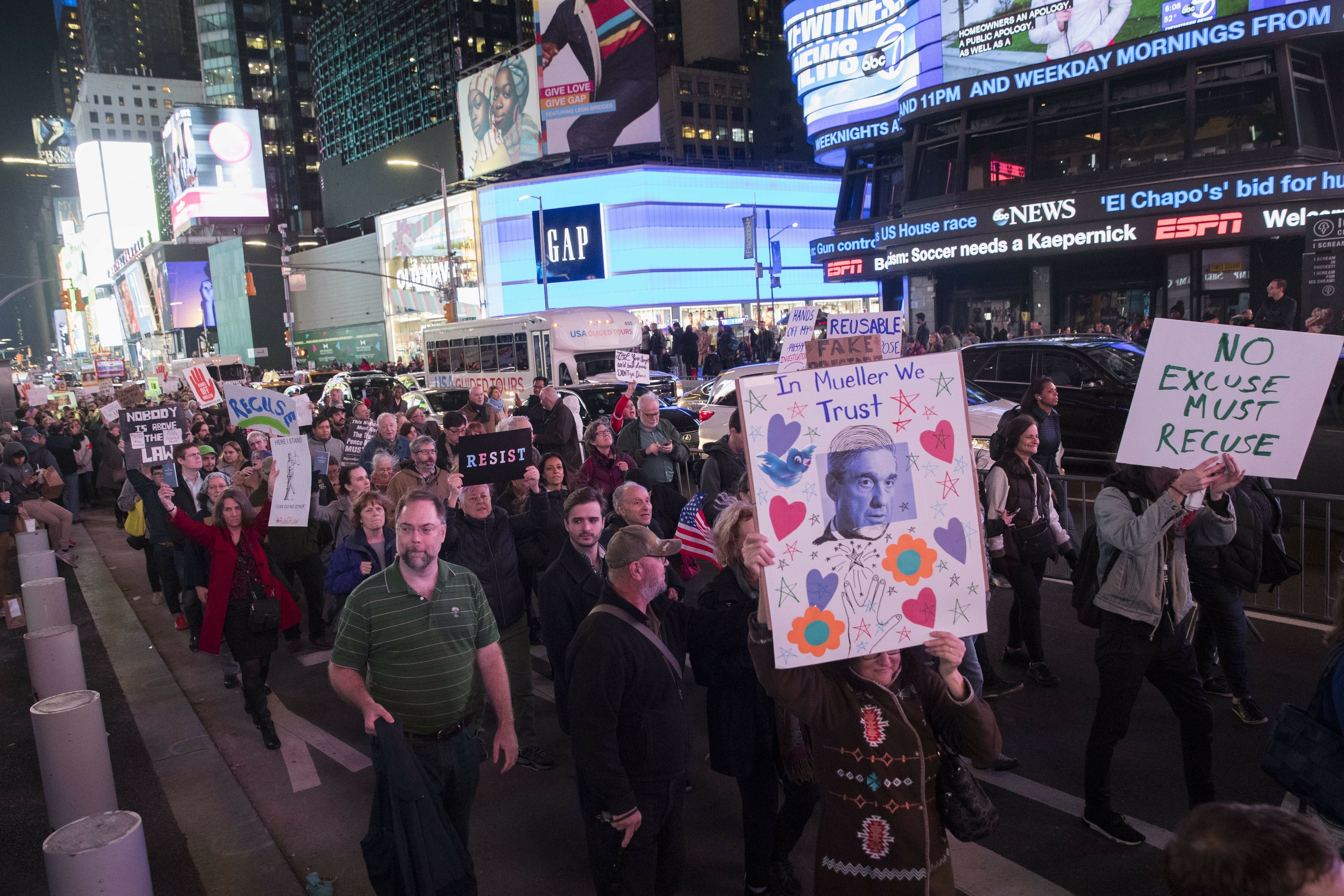 NEW YORK — Protesters have converged in cities nationwide to call for the protection of special counsel Robert Mueller’s investigation into potential coordination between Russia and President Donald Trump’s campaign.

Several hundred demonstrators gathered Thursday in New York’s Times Square and chanted slogans including “Hands off Mueller” and “Nobody’s above the law” before marching downtown. They held signs saying “Truth Must Triumph” and “Repeal, Replace Trump.”

Crowds also turned out in Chicago; Greensboro, North Carolina; Chattanooga, Tennessee, and many other places. Organizers say the naming of acting Attorney General Matthew Whitaker is a “deliberate attempt to obstruct the special counsel’s investigation.”

Trump asked for Jeff Sessions’ resignation and then replaced him with Whitaker, his chief of staff. Whitaker has criticized Mueller’s probe.