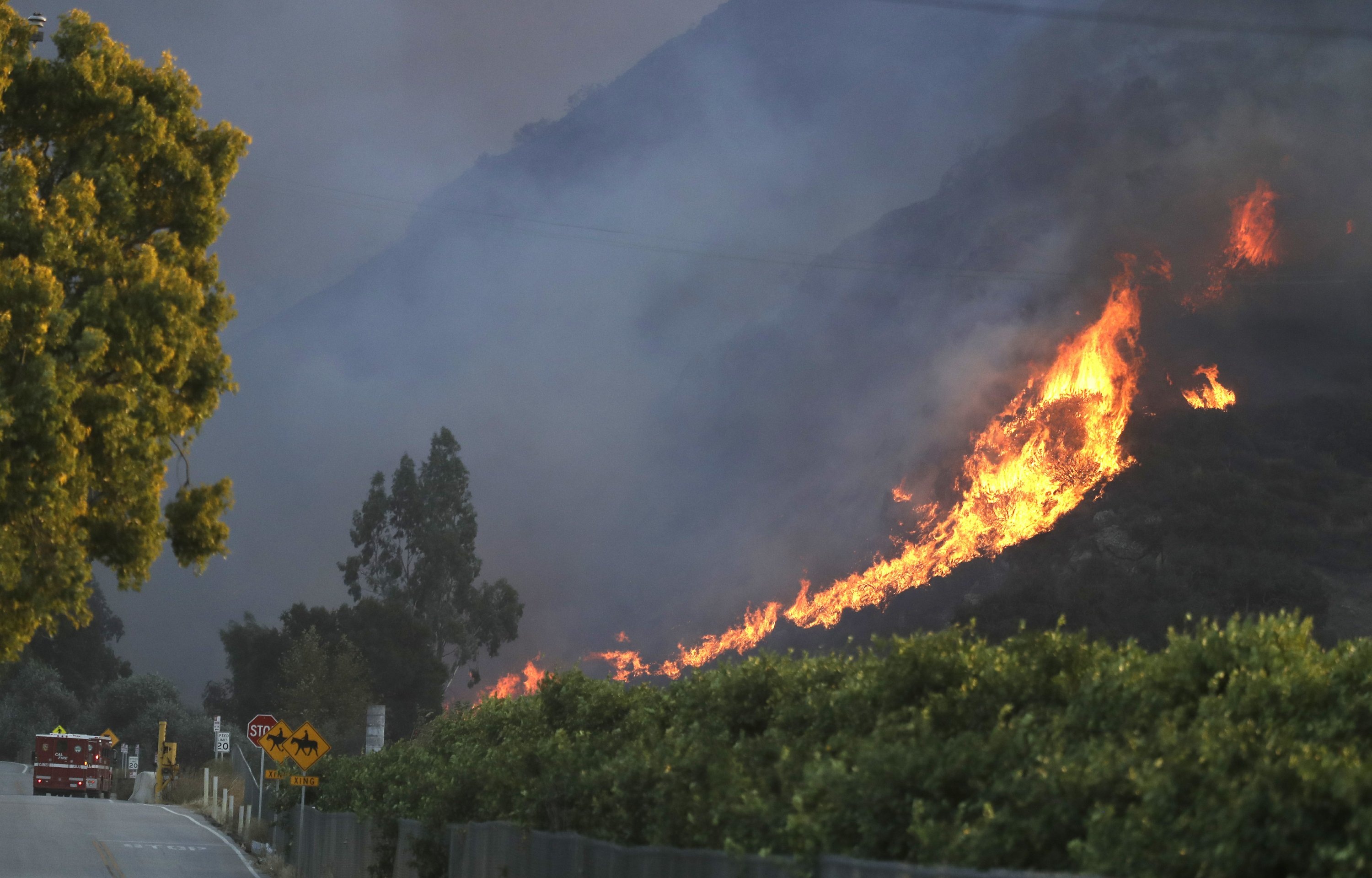 MALIBU, Calif. — The entire city of Malibu was ordered evacuated early Friday as a ferocious Southern California’s wildfire roared toward the beachside community that is home for many Hollywood celebrities.

The Los Angeles County Fire Department tweeted that the fire raging through the Santa Monica Mountains was headed to the ocean. Malibu has about 13,000 residents and lies along 21 miles (34 kilometers) of coast at the southern foot of the mountain range.

“Imminent threat!” the department said in its warning.

The erupted Thursday near the northwest corner of the city of Los Angeles as the region’s notorious Santa Ana winds gusted, triggering overnight evacuations of an estimated 75,000 homes in western Los Angeles County and eastern Ventura County.

The fire then pushed southward, jumped the wide U.S. 101 freeway before dawn Friday and pushed into the Santa Monica range.

Another fire was burning farther west in Ventura County, also moving toward the ocean.