The Latest: Abrams campaign says it will fight on 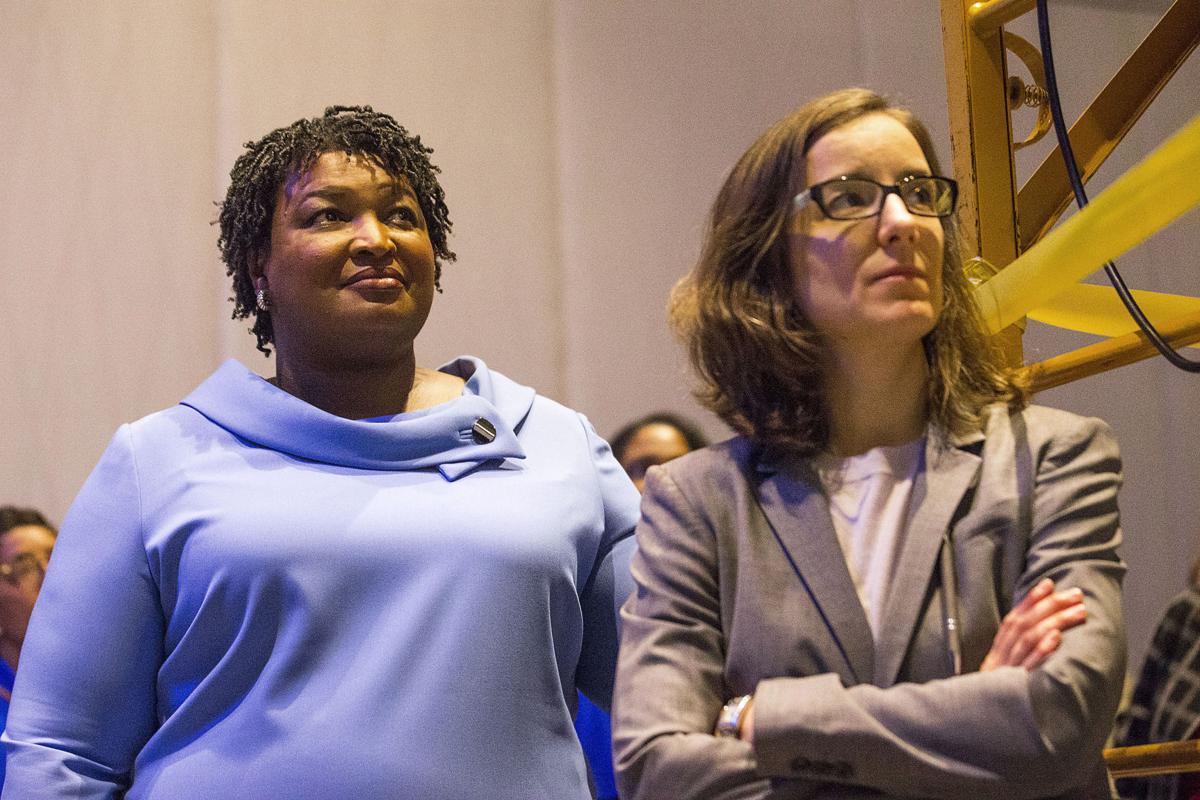 ATLANTA — The Latest on the race for Georgia governor (all times local):

Stacey Abrams’ campaign says it will continue to fight to get all outstanding votes counted in the Georgia governor’s race and won’t accept former Secretary of State Brian Kemp’s declaration of victory.

At a news conference Thursday, Abrams’ campaign chairwoman Allegra Lawrence-Hardy said the campaign demands that the secretary of state’s office “release all the data, all the numbers, and they need to count every single vote.”

The announcement came shortly after Kemp announced he was stepping down as secretary of state and moving forward with the transition to become the state’s next governor.

(This item has been edited to correct the title of Abrams’ campaign chairwoman).
____

Georgia Republican gubernatorial candidate and Secretary of State Brian Kemp says only about 20,000 provisional ballots remain uncounted in the race.

He says even if his opponent Democrat Stacey Abrams “got 100 percent of those votes, we still win.”

Kemp’s statement came at a news conference Thursday with outgoing Republican Gov. Nathan Deal. Kemp also announced that he was stepping down as secretary of state as of 11:59 a.m. An interim secretary will oversee the rest of the vote counting.

That announcement came as a federal court hearing was being held on a lawsuit from five Georgia residents who asked a judge to block Kemp from having any further role in overseeing the election.
___

Willard said Kemp delivered a letter of resignation to Gov. Nathan Deal on Thursday morning, and it is effective at 11:59 a.m.

The state said Kemp will not perform any election-related duties Thursday.
___

Republican Brian Kemp says he and his campaign are declaring victory because it isn’t possible for his opponent to pick up enough votes to force a runoff.

Democrat Stacey Abrams’ campaign has said there are still enough uncounted votes to force a Dec. 4 runoff and that they need to pick up about 15,000 votes to do so.

In an interview with WSB Radio Thursday, Kemp says his rival’s campaign is using “old math.” Without providing specifics, he said the number “is actually more like 30,000 votes.”

Abrams’ campaign manager Lauren Groh-Wargo says Kemp has offered no proof of why anyone should take his word.

Kemp plans a 10 a.m. news conference Thursday at the Georgia Capitol, where he will be meeting with Gov. Nathan Deal to begin the transition to the governor’s office.
___

But Republican Brian Kemp’s campaign says he’s the winner based on numbers provided by his own secretary of state’s office.

Abrams and voting-rights groups have called it a conflict of interest for Kemp to keep overseeing the vote tabulations as the state’s chief elections officials.

Five Georgia residents are suing him in federal court asking a judge to block him from having any further role in the election’s administration. An initial hearing is scheduled for Thursday.