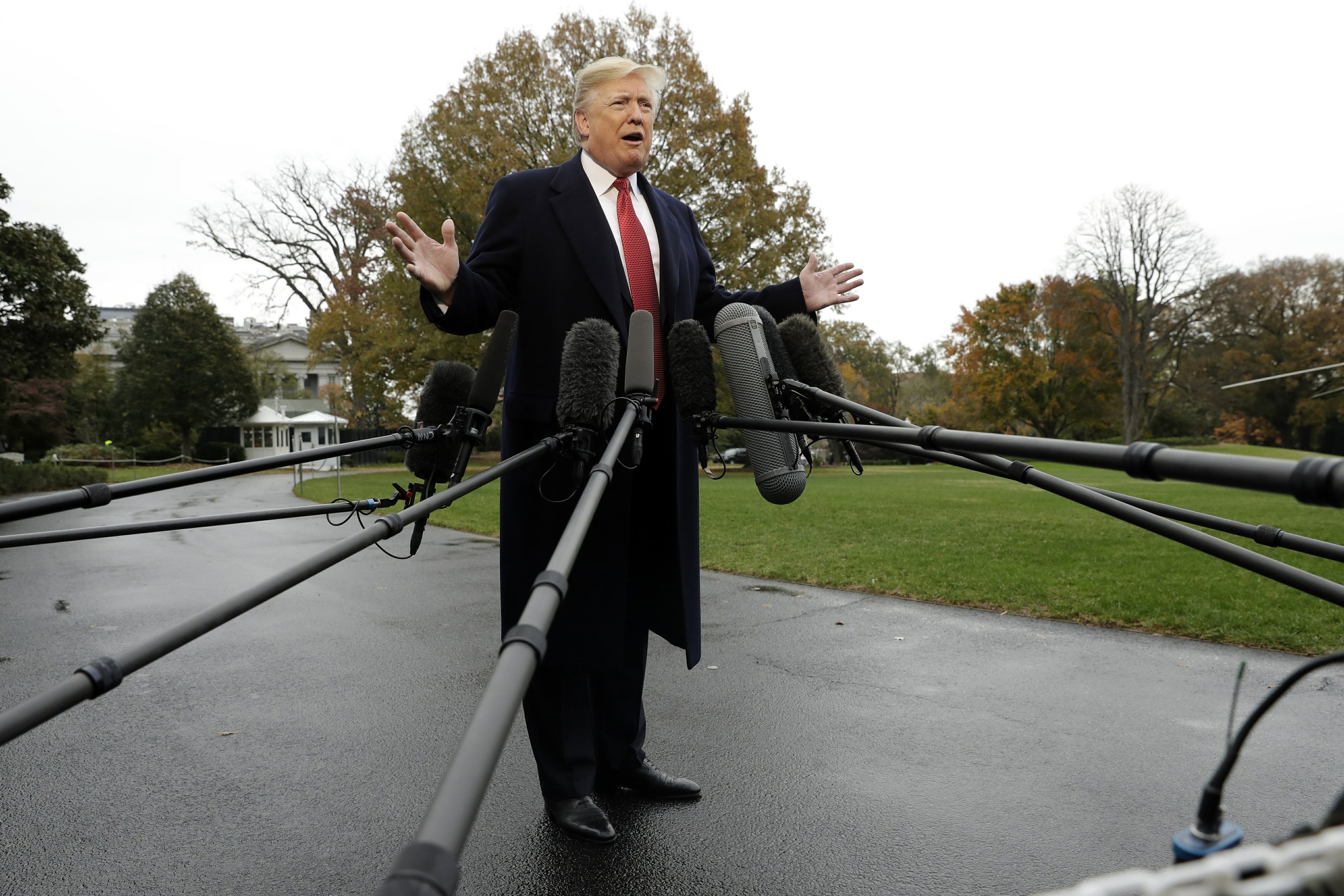 WASHINGTON — President Donald Trump is claiming that a video the White House released depicting contact between a White House staffer and a CNN reporter wasn’t altered.

Trump tells reporters that the video distributed by White House press secretary Sarah Huckabee Sanders was simply a “close up” and “was not doctored.”

But a frame-by-frame comparison with an Associated Press video of the same incident shows the one tweeted by Sanders appears to speed up CNN reporter Jim Acosta’s arm movement when he makes contact with a White House intern — apparently to make the gesture more threatening.

Trump’s also defending the seizure of Acosta’s White House press credential and the president is suggesting that more reporters could lose theirs.

Trump claims reporters aren’t “treating the office of the president with respect.”