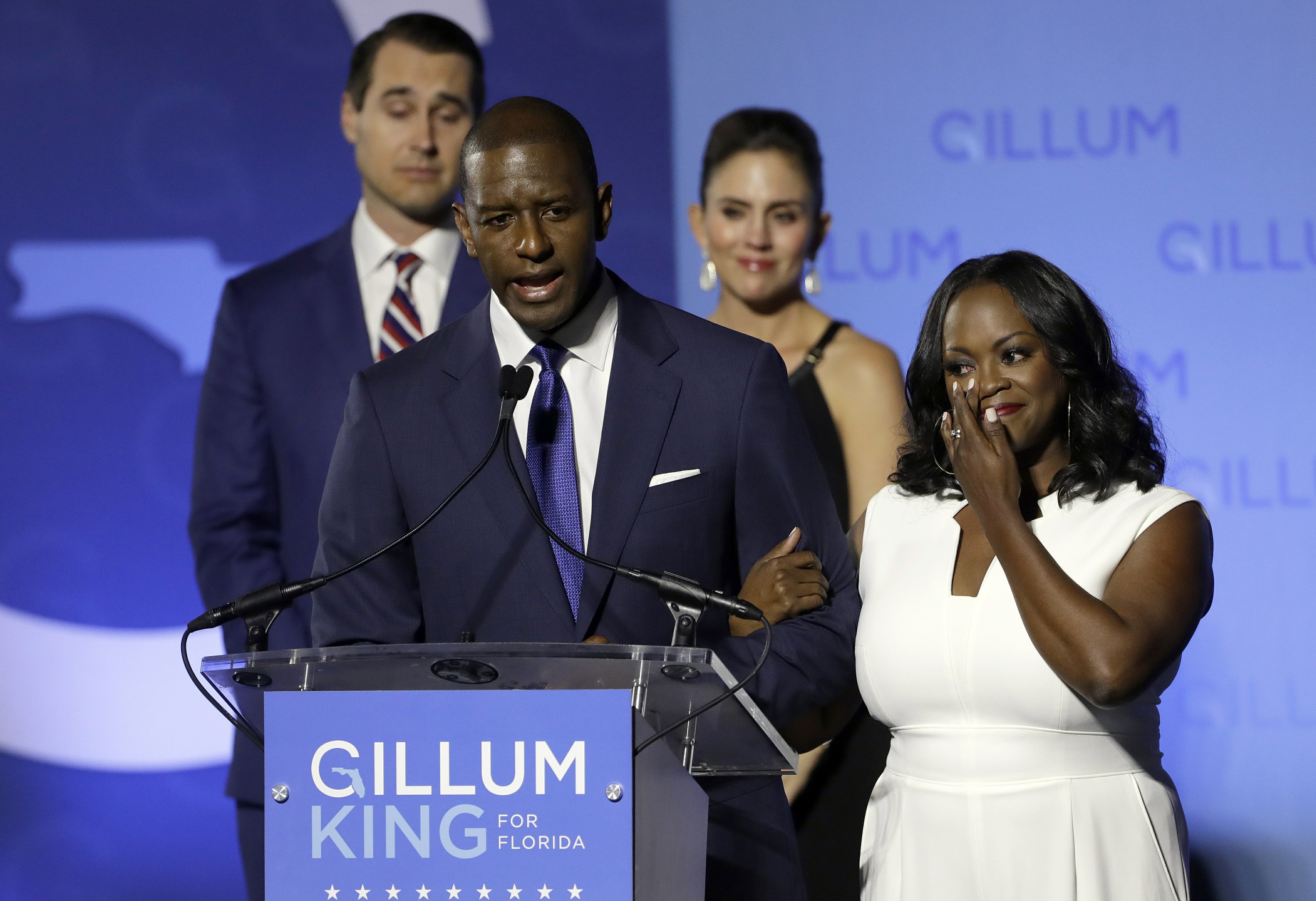 TALLAHASSEE, Fla. — Razor-thin margins in Florida’s bitter races for the U.S. Senate and governor are raising the specter of possible recounts, potentially prolonging two of the most closely watched contests of the nation’s midterm elections.

In the governor’s race, Democrat Andrew Gillum’s campaign said Thursday it’s readying for a possible recount. He conceded to Republican Ron DeSantis on Tuesday night, though the race has since tightened. As of Thursday afternoon, DeSantis led Gillum by 0.47 percentage point.

The tight races underscored Florida’s status as a perennial swing state where elections are often decided by the thinnest of margins. Since 2000, when Florida decided the presidency by 537 votes in a contest that took more than five weeks to sort out, the state has seen many close elections, but never so many dead heats in one year.

Scott, as outgoing governor, said at a news conference Thursday night that he was asking the Florida Department of Law Enforcement to investigate elections offices in the Democratic strongholds of Palm Beach and Broward counties, questioning whether they were trying to inflate the Democratic vote.

Scott’s campaign separately filed a lawsuit demanding that the Broward County supervisor of elections be ordered to turn over several records detailing the counting and collection of ballots cast.

Gretl Plessinger, a spokeswoman for the Florida law enforcement agency, said by phone Thursday night that the agency would follow up on the governor’s request.

Nelson’s campaign released a statement saying Scott’s action appears to be politically motivated and borne out of desperation as he tries to win the Senate contest.

Meanwhile, President Donald Trump tweeted on the Senate fray: “Law Enforcement is looking into another big corruption scandal having to do with Election Fraud in #Broward and Palm Beach. Florida voted for Rick Scott!”

Sarah Revell, a spokeswoman for the Florida Department of State, said she didn’t know of any other recount in a governor or Senate race in state history. She was researching the subject Thursday.

Under Florida law, a recount is mandatory if the winning candidate’s margin is less than 0.5 percentage points when the first unofficial count is verified Saturday by Florida’s secretary of state.

The Associated Press has called the governor’s race for DeSantis. If Saturday’s count shows DeSantis with a margin narrow enough to trigger a recount, AP will retract its call for DeSantis. It is AP policy not to call a race that is facing a recount.

The AP has not called a winner in the Senate race.

Gillum’s campaign said it’s monitoring the situation with an elections lawyer and readying for a possible state-mandated recount. He hired attorney Barry Richard, who represented President George W. Bush in the 2000 recount.

“On Tuesday night, the Gillum for Governor campaign operated with the best information available about the number of outstanding ballots left to count. Since that time, it has become clear there are many more uncounted ballots than was originally reported,” the campaign said. “We are committed to ensuring every single vote in Florida is counted.”

DeSantis declined to discuss prospects for a recount, telling reporters he was “very proud to be elected.”

“We’re working really hard on the transition,” he said.

Florida was mocked for the way it handled the infamous 2000 recount, especially since there was no uniform process then on how to proceed. That has changed, with the Legislature passing a clear procedure on how a recount should be conducted.

Elections officials in Broward County, where Democrats have a large advantage, were still reviewing ballots Thursday.

Broward Elections Supervisor Brenda Snipes said she didn’t know how many ballots remain to be counted, but all were being processed. She also did not know how many provisional, military and mismarked ballots need to be counted. Her department’s website said ballots cast on Election Day have been counted.

Marc Elias, a lawyer hired by Nelson, said he expects the margin to narrow further.

“The results of the 2018 Senate election are unknown and I think that you and the elections officials should treat it as such,” Elias told reporters on a conference call. “We believe that at the end of this process that Senator Nelson is going to be declared the winner.”

Florida counties have until noon Saturday to submit unofficial election results to the Department of State. Secretary of State Ken Detzner, a Scott appointee, will review the results and decide whether to order recounts.

In yet a third statewide seat — the Cabinet position of agriculture commissioner — the candidates were separated by 483 votes out of more than 8 million cast — a margin of 0.006 percent.