Court challenge to be filed over appointment of acting AG 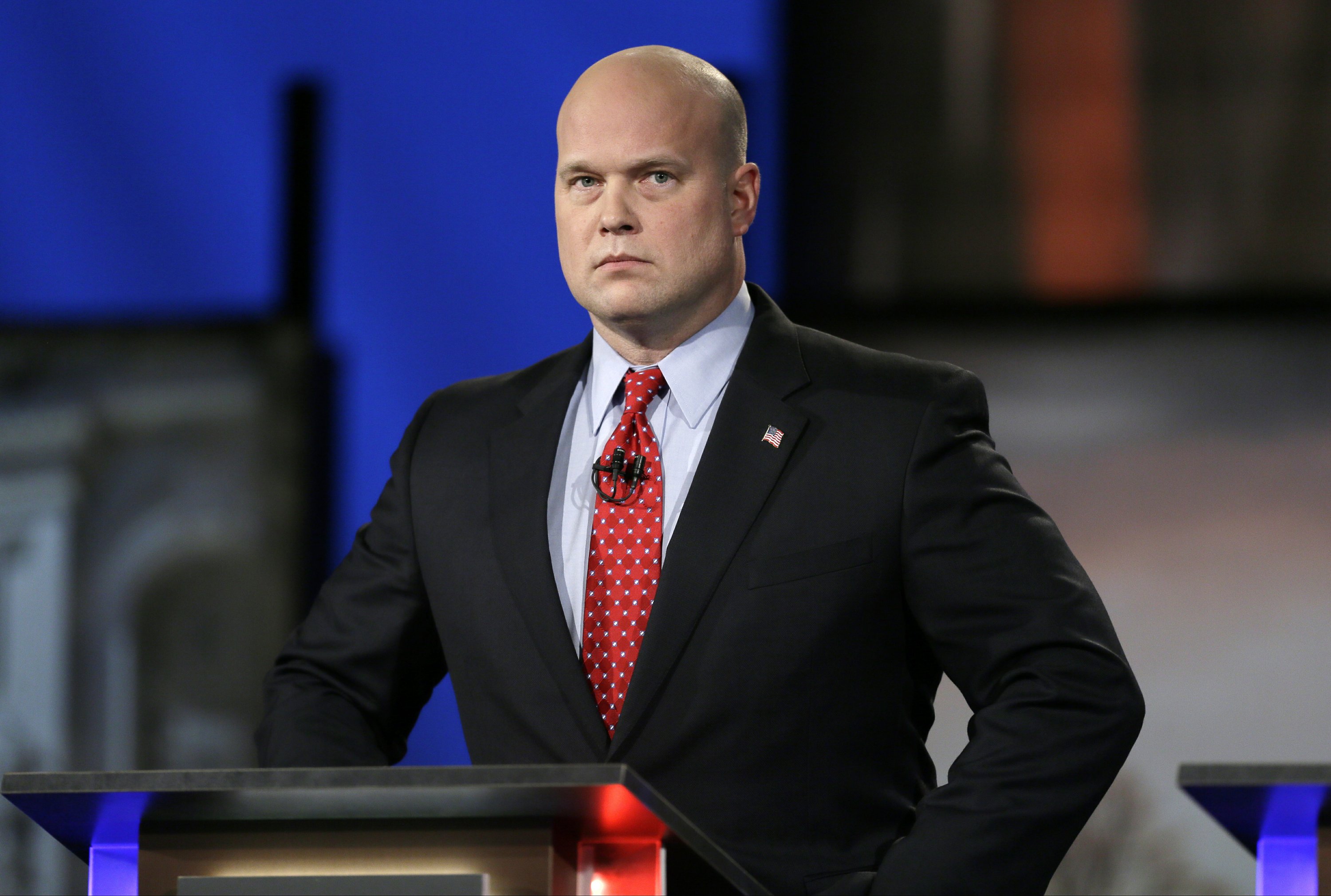 WASHINGTON — Maryland is challenging the appointment of Matthew Whitaker as the new U.S. acting attorney general, arguing that President Donald Trump sidestepped the Constitution and the Justice Department’s own succession plan by elevating Whitaker to the top job.

A Tuesday filing, a draft of which was obtained earlier by The Associated Press, sets up a court challenge between a state and the federal government over the legitimacy of the country’s chief law enforcement officer. It comes as Democrats call on Whitaker to recuse himself from overseeing the special counsel’s Russia investigation because of critical comments he has made on the probe and amid concerns over his views on the scope of judicial authority.

Lawyers for the state say the job should have gone to Deputy Attorney General Rod Rosenstein instead of to Whitaker.

A Justice Department spokeswoman had no immediate comment, though the department was expected to release as soon as Tuesday an opinion from its Office of Legal Counsel defending the legitimacy of Whitaker’s appointment.

Whitaker was appointed last year as chief of staff to then-Attorney General Jeff Sessions. He became acting attorney general on Nov. 7 when Sessions was forced out.

The Maryland filing was made Tuesday in a legal dispute with the Trump administration over the Affordable Care Act. That lawsuit names Sessions as a defendant.

Maryland seeks an injunction that would prevent the Trump administration from responding to the state’s lawsuit, or, in the alternative, for a federal judge to name Rosenstein as a defendant over Whitaker.

The state’s lawyers say that in addition to their concerns over the line of succession, Whitaker has “expressed idiosyncratic views that are inconsistent with longstanding Department of Justice policy.” They cite his criticism of the landmark Supreme Court opinion Marbury v. Madison, which ensured that courts had authority to strike down laws they considered unconstitutional.