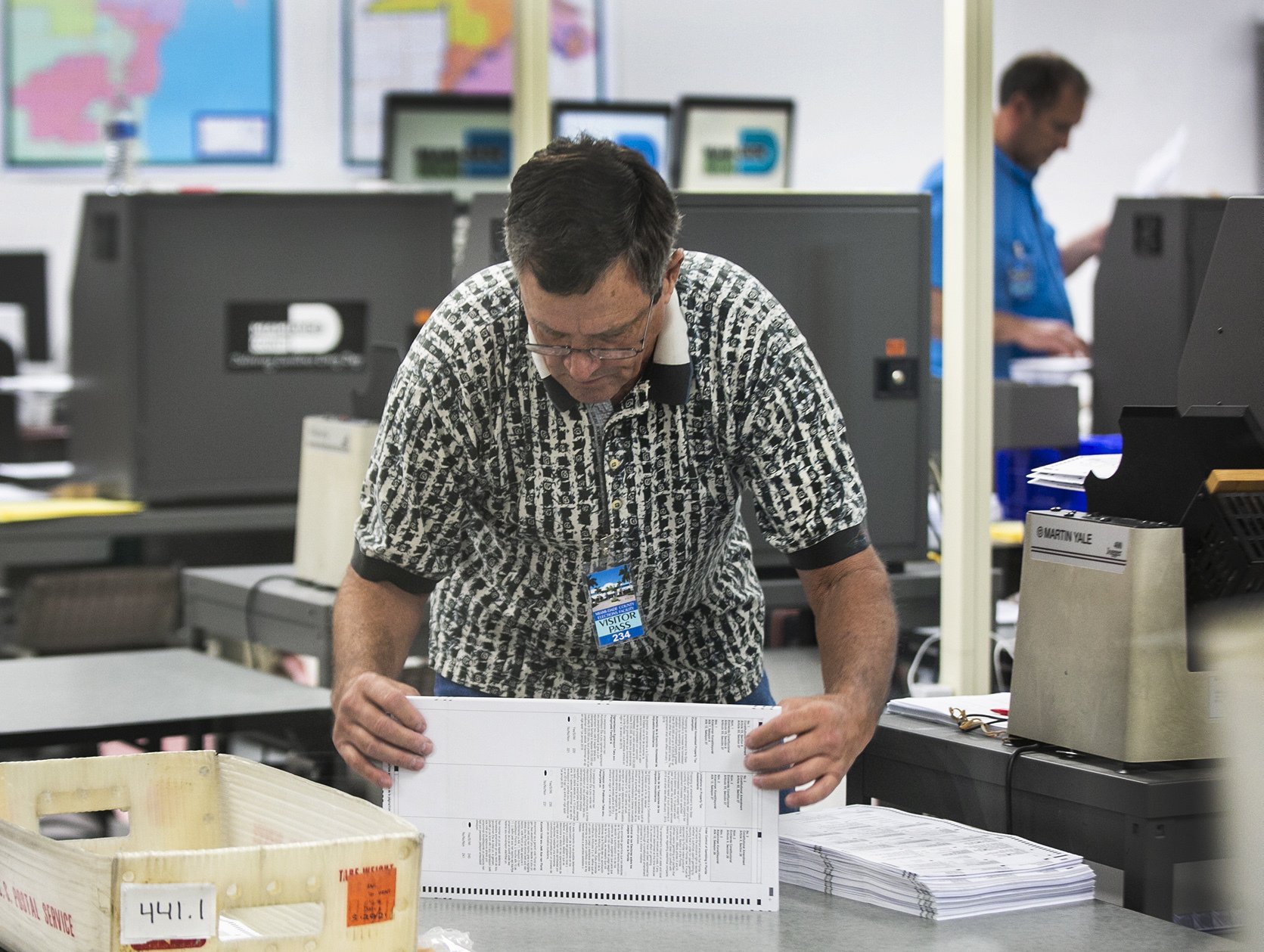 FORT LAUDERDALE, Fla. — Florida’s election recount is chugging along as more irregularities are uncovered and a judge asked the warring sides to “ramp down the rhetoric,” saying it erodes public confidence in the election for Senate and governor.

One county revealed Monday that it had allowed some hurricane-displaced voters to cast their ballots by email — a violation of state law. Another had to restart its recount after getting about a quarter finished because someone forgot to push a button. And in oft-criticized Broward County, additional sheriff’s deputies were sent to guard ballots and voting machines, even though a judge said no Republican who has publicly alleged fraud in the county’s process — a list that includes President Donald Trump and Gov. Rick Scott — has filed a criminal complaint or presented evidence.

“An honest vote count is no longer possible” in Florida, Trump declared Monday, without elaborating. He demanded that the election night results — which showed the Republicans leading based upon incomplete ballot counts — be used to determine the winner.

Trump went on to allege that “new ballots showed up out of nowhere, and many ballots are missing or forged” and that “ballots (are) massively infected.” It was unclear what he was referring to.

Once the recount is complete, if the differences in any of the races are 0.25 percentage points or less, a hand recount will be ordered. All 67 counties face a state-ordered deadline of Thursday to finish their recounts.

Trump’s comments came just hours before Broward Chief Circuit Judge Jack Tuter held an emergency hearing on a request by Scott’s lawyers asking for additional sheriff’s deputies to be sent to Election Supervisor Brenda Snipes’ office to monitor ballots and voting machines. The lawyers requested that the deputies be present when the ballots and voting machines are not being used until the recount is over.

Scott’s lawyers alleged in court documents that Snipes was engaging in “suspect and unlawful vote counting practices” that violate state law and that she might “destroy evidence of any errors, accidents or unlawful conduct.” The motion was supported by lawyers representing the state Republican Party and opposed by Snipes’ office, Nelson’s campaign and the state Democratic Party.

“I am urging because of the highly public nature of this case to ramp down the rhetoric,” Tuter said.

“If someone in this lawsuit or someone in this county has evidence of voter fraud or irregularities at the supervisor’s office, they should report it to their local law enforcement officer,” Tuter said. “If the lawyers are aware of it, they should swear out an affidavit, but everything the lawyers are saying out there in front of the elections office is being beamed all over the country. We need to be careful of what we say. Words mean things these days.”

After Tuter told all sides to meet to discuss a compromise, they agreed to add three deputies to the elections office.

Meanwhile, Elections Supervisor Mark Andersen in heavily Republican Bay County told the Miami Herald on Monday that he allowed about 150 people to cast ballots by email, which is illegal under state law. The county was devastated by a Category 4 hurricane in October, and Scott ordered some special provisions for early voting there.

Manatee County, south of Tampa Bay, had to restart its recount Monday because a needed button on the machine wasn’t pushed. The error was caught after about a quarter of the county’s nearly 165,000 votes had been recounted, said Michael Bennett, the county’s Republican elections supervisor. It shouldn’t affect the county’s ability to meet Thursday’s deadline.