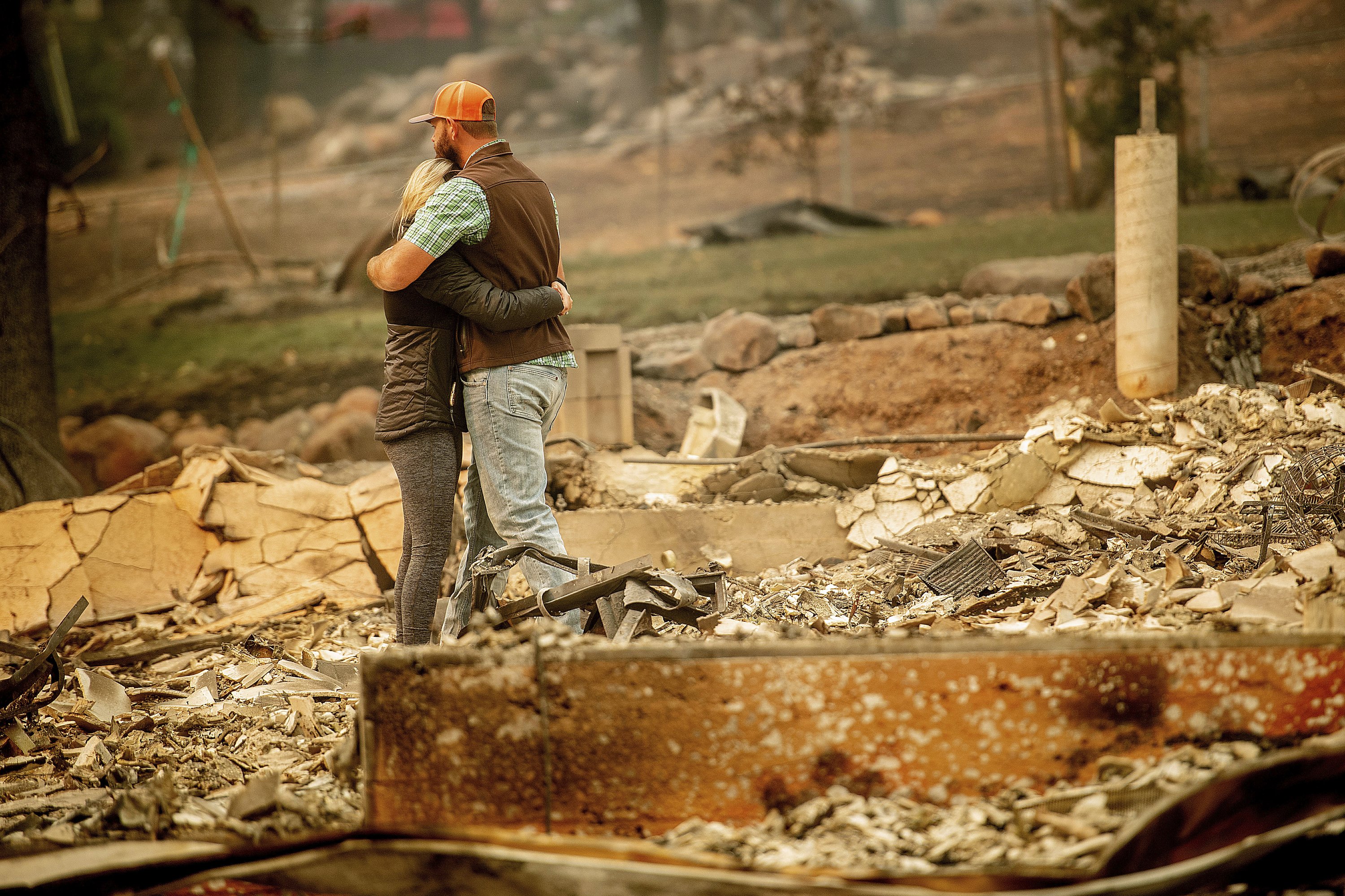 PARADISE, Calif. — More than a dozen coroner search and recovery teams looked for human remains from a Northern California wildfire that killed at least 42 — making it the deadliest in state history — as anxious relatives visited shelters and called police hoping to find loved ones alive.

Lisa Jordan drove 600 miles (1,000 kilometers) from Yakima, Washington, to search for her uncle, Nick Clark, and his wife, Anne Clark, of Paradise, California. Anne Clark suffers from multiple sclerosis and is unable to walk. No one knows if they were able to evacuate, or even if their house still exists, she said.

“I’m staying hopeful,” she said. “Until the final word comes, you keep fighting against it.”

Authorities were bringing in two mobile morgue units and requesting 150 search and rescue personnel. Officials were unsure of the exact number of missing.

“I want to recover as many remains as we possibly can, as soon as we can. Because I know the toll it takes on loved ones,” Honea said.

Cal Fire Chief ‘Every year it seems to get worse’

Chaplains accompanied some coroner search teams that visited dozens of addresses belonging to people reported missing. For those on the grim search, no cars in the driveway is good, one car a little more ominous and multiple burned-out vehicles equals a call for extra vigilance.

State officials said the cause of the inferno was under investigation.

Meanwhile, a landowner near where the blaze began, Betsy Ann Cowley, said she got an email from Pacific Gas & Electric Co. the day before the fire last week telling her that crews needed to come onto her property because the utility’s power lines were causing sparks. PG&E had no comment on the email.

Stan Craig’s sister, Beverly Craig Powers, has not returned numerous texts and calls, and the adult children of her partner, Robert Duvall, have not heard from their father, he said. The couple was last seen evacuating their Paradise home on Thursday with two pickup trucks and a travel trailer, so they could be camping.

He knows friends and family are still being reunited with missing loved ones, but he said his unease grows every day. Still, the Fresno, California, resident wasn’t planning on heading to the fire area. As a former firefighter himself, he said he understands the chaos wildfires cause.

“I’m going to stay here until I have something more to go on,” he said.

The blaze was part of an outbreak of wildfires on both ends of the state. Together, they were blamed for 44 deaths, including two in celebrity-studded Malibu in Southern California , where firefighters appeared to be gaining ground against a roughly 143-square-mile (370-square-kilometer) blaze that destroyed at least 370 structures, with hundreds more feared lost.

All told, more 8,000 firefighters statewide were battling wildfires that destroyed more than 7,000 structures and scorched more than 325 square miles (840 square kilometers), the flames feeding on dry brush and driven by blowtorch winds.

There were tiny signs of some sense of order returning to Paradise and anonymous gestures meant to rally the spirits of firefighters who have worked in a burned-over wasteland for days.

Large American flags stuck into the ground lined both sides of the road at the town limits, and temporary stop signs appeared overnight at major intersections. Downed power lines that had blocked roads were cut away, and crews took down burned trees with chain saws.