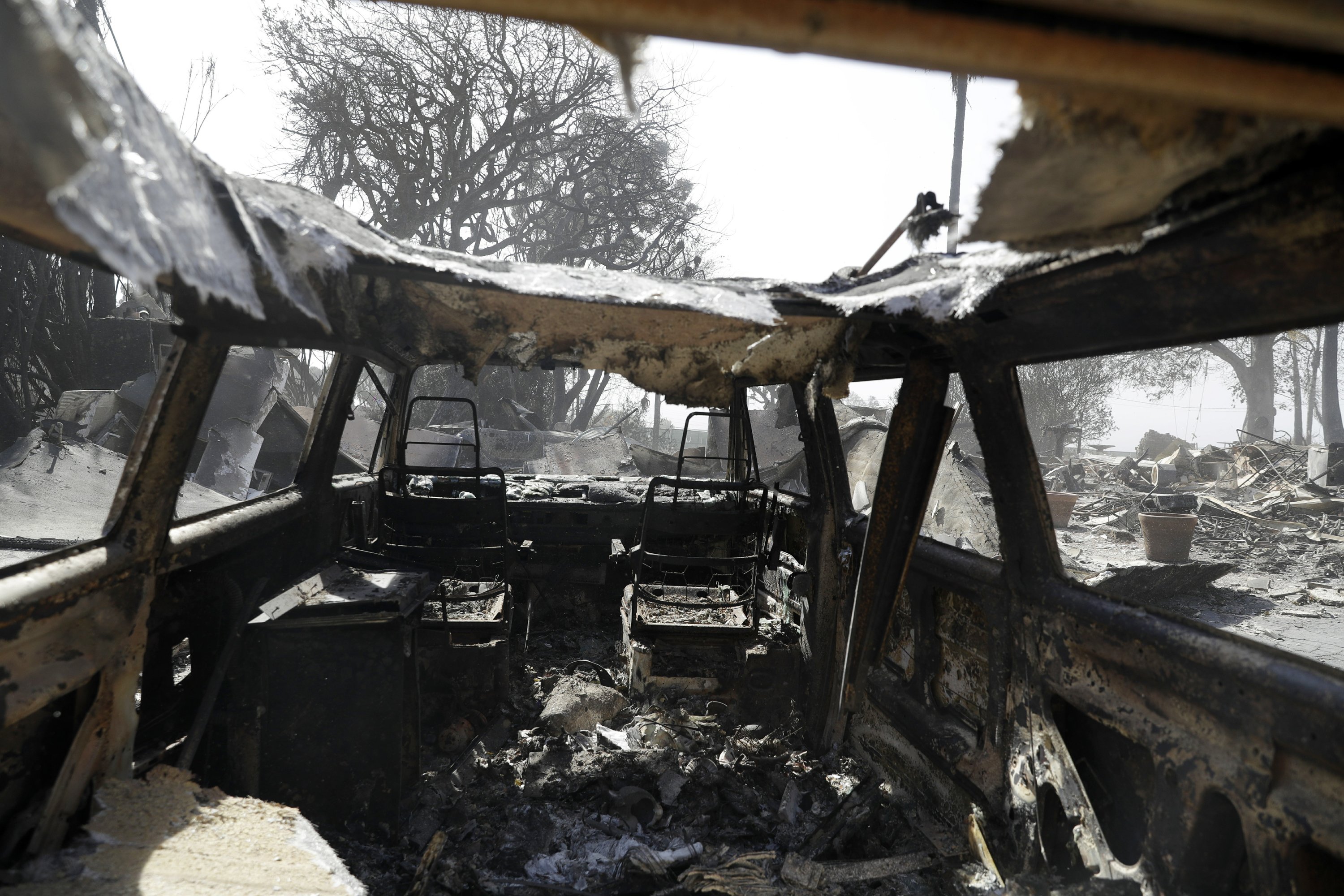 LOS ANGELES — Hollywood cut back on the glamor trappings of movie premieres as a vast wildfire destroyed or imperiled the homes of celebrities and other Southern California residents.

A red carpet for the Sandra Bullock film “Bird Box” was canceled Monday by the studio and one planned for “Under the Silver Lake” with Andrew Garfield was switched to a photo opportunity, an AFI Fest spokeswoman said.

That followed the decision by Netflix to call off the AFI Fest’s Sunday red carpet ceremony for filmmaker-brothers Ethan and Joel Coen’s “The Ballad of Buster Scruggs.”

Separately, Paramount canceled a red carpet ceremony and after-party for “Instant Family” with Rose Byrne and Mark Wahlberg, citing the “ongoing, active fires being battled in the area.” The studio said food intended for the party was being donated to the American Red Cross.

While premieres shed their glitz, there were few reports of industry production affected by the wildfire that has killed two and destroyed more than 400 homes. The fire began Thursday and raced toward Malibu and the Pacific Ocean, prompting evacuations in Malibu and nearby areas including Calabasas and Agoura Hills.

Celebrities including Gerard Butler and Caitlyn Jenner shared their loss or luck online after discovering the fate of their properties.

“Returned to my house in Malibu after evacuating,” Butler wrote in an Instagram post next to a photo that showed a burned-out structure and a scorched vehicle. “Heartbreaking time across California. Inspired as ever by the courage, spirit and sacrifice of firefighters.”

“Half-gone,” the Scottish actor (“300″) said in a video that showed embers, ashes and what’s left of his home.

Robin Thicke’s Malibu home was destroyed, according to his representative. The singer said on Instagram that he, his girlfriend and his two kids are “safe and surrounded by friends and family” and were thankful to firefighters.

“As we drove to safety, they risked their lives trying to save our home,” Thicke said.

Shannen Doherty said online “our house is fine,” adding she was heartbroken that a friend’s Malibu home where she was married in 2011 had burned. The “Beverly Hills, 90210″ star posted a photo with four firefighters she called “this great crew.”

Lady Gaga, who evacuated her Malibu home and posted online Friday that she was wondering if it will “burst into flames,” visited a Red Cross shelter Sunday. Her property’s condition was not known Monday.

“This is an emergency, but you are not alone,” the actress-pop star told evacuees in a video of her remarks posted by website TMZ.

In Northern California, more than 40 people were confirmed dead in the wildfire that wiped out the town of Paradise, making it the deadliest wildfire in recorded state history. The search for bodies continued Monday.