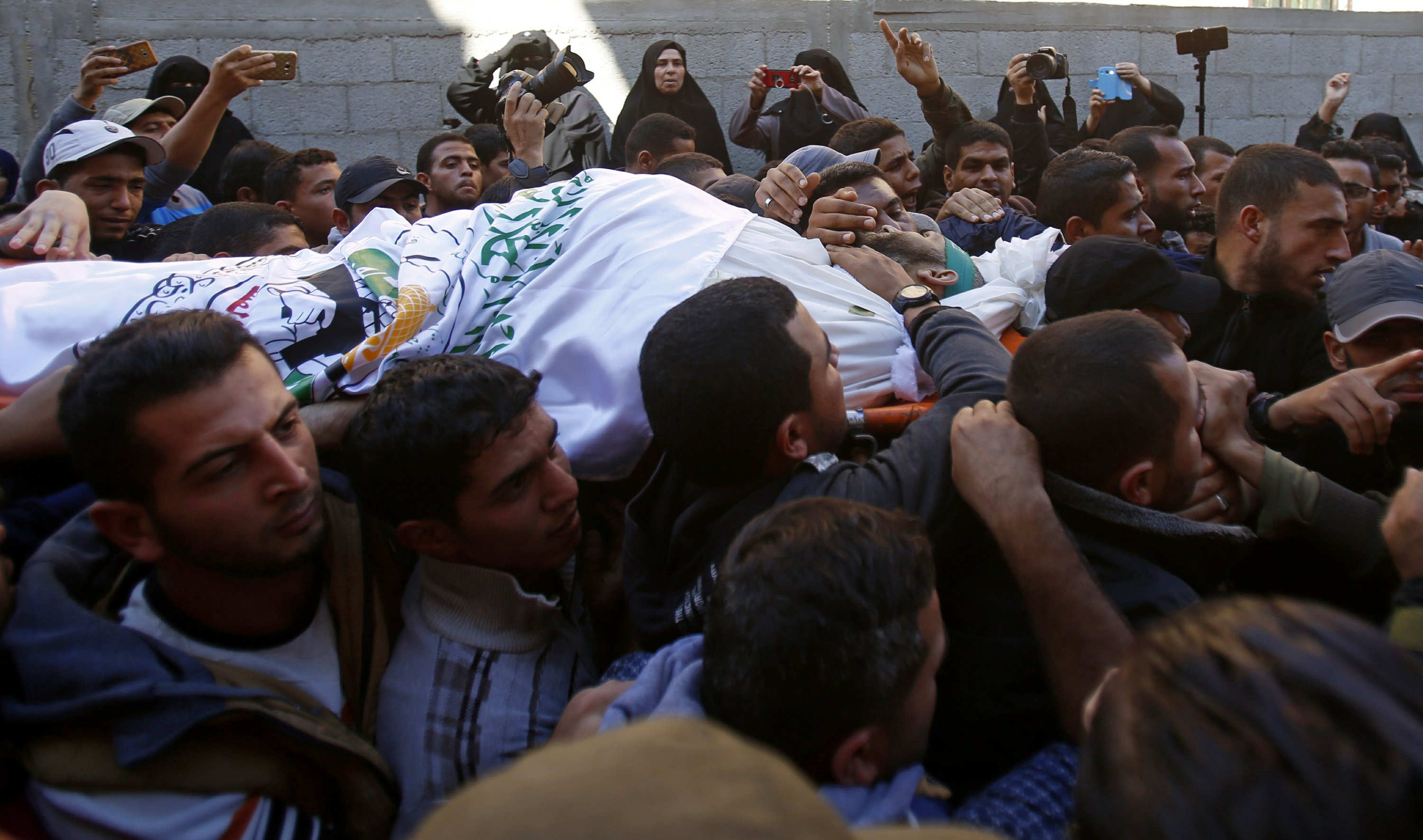 JERUSALEM — The Latest on the Israeli-Palestinian conflict (all times local):

The Israeli military says it has dispatched fighter jets to strike “terror targets” throughout Gaza following a barrage of mortar and rocket fire that wounded six people.

Palestinian militants fired dozens of rockets into southern Israel at sundown Monday, a day after an Israeli military raid in Gaza left seven militants and an Israeli officer dead.

Israeli media say six people were wounded by Palestinian fire, including a 19-year-old who was critically hurt when a mortar shell hit a bus.
___

Israeli medics say a 19-year-old man has been critically wounded in an explosion in southern Israel.

The man apparently sustained the wounds in a Palestinian mortar attack from Gaza that struck a bus.

Black smoke could be seen billowing into the air from the area of the mortar strike.

The incoming fire comes a day after an Israeli undercover military raid in Gaza sparked fighting that left seven Palestinian militants and an Israeli officer dead.
___

The Israeli military says a bus has been hit by fire from the Gaza Strip as air raid sirens sound throughout southern Israel.

The incoming fire comes a day after an Israeli undercover military raid in Gaza sparked fighting that left seven Palestinian militants and an Israeli officer dead.

There were no immediate details on injuries from Monday’s strike on the Israeli bus.

Rockets could be seen being launched out of Gaza toward Israel, and Israel’s Iron Dome rocket defense system was heard deploying.
___

The Israeli military says an officer was killed and another was moderately wounded during an operation in southeast Gaza Strip, involving an exchange of gunfire.

The early Monday statement followed a rare late-night burst of violence in which seven Palestinians were also killed. The flare-up came as Israel and Gaza’s Hamas rulers had appeared to be making progress toward ratcheting down months of border violence.

It said militants discovered the car and chased it down, prompting Israeli airstrikes that killed “a number of people.”