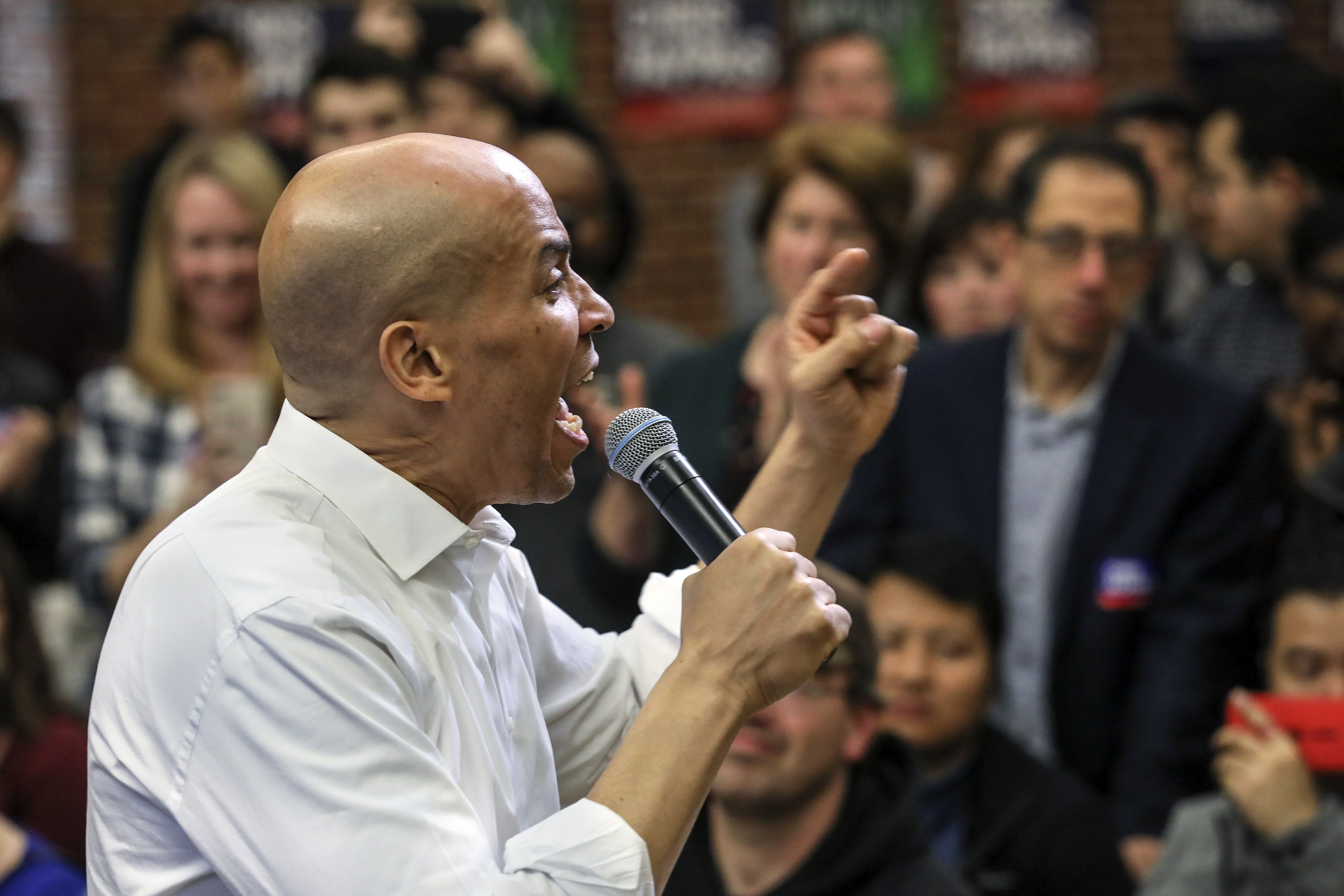 Motivated by an urgency to unseat President Donald Trump and the prospect of a historically large primary field, Democrats see little incentive to delay or downplay their 2020 presidential hopes. Their more transparent approach is upending one of Washington’s favorite “will they or won’t they” parlor games and pushed the campaign calendar up earlier than ever before.

“No one is waiting for anyone in the race to run for president,” said Jim Messina, who managed President Barack Obama’s 2012 campaign. “Those days are long, long over.”

Running for president used to involve a familiar routine, with potential candidates spending months publicly demurring about their ambitions and professing to be content in their current roles. Advisers labored to keep meetings with donors and potential staff under wraps ahead of formal, carefully choreographed campaign announcements.

This time around, many Democrats believe it would be too risky to wait much longer before making their intentions known, particularly those with lower national profiles who could quickly be overshadowed by a field that could have more than two dozen candidates.

There are practicalities to consider, given the limited supply of money and top-flight staff available to run a campaign. But another driving factor is more visceral: Democrats are simply eager to take on the president.

“This is starting very fast,” said former Iowa Democratic Party Chairwoman Sue Dvorsky. She said that given the imperative to beat Trump, “it kind of needs to.”

West Virginia state Sen. Richard Ojeda, a retired Army paratrooper who lost a race for Congress last week, announced his plans to run for president on Monday. Ojeda joins Maryland Rep. John Delaney, who has been running for the Democratic nomination since July 2017, and has already traveled to Iowa 19 times and made 12 trips to New Hampshire.

Delaney said he believes that his early start will help put him at an advantage ahead of would-be rivals.

“We not only know what the talent is, but they know us and they know about our message,” said Delaney, whose campaign currently has about 10 staffers in Iowa. He expects that number to grow to at least 20 by January and 100 by June.

Higher-profile Democrats have also started to lift the veil on their White House hopes.

On Monday, Ohio Sen. Sherrod Brown, said he was “seriously looking at” a presidential campaign, saying in an interview that his election to a third term shows “a strong progressive can win.” He called his Senate campaign “a blueprint for our nation in 2020.”

New York Sen. Kirsten Gillibrand was also up front about her White House ambitions, telling ABC’s “The View” Monday that she was indeed considering a campaign.

“I believe right now every one of us should figure out how we can do whatever we can with our time, with our talents, to restore that moral decency, that moral compass and that truth of who we are as Americans,” Gillibrand said.

Unlike in 2016, when Hillary Clinton’s shadow loomed large over the party, Democrats enter the 2020 campaign without a clear favorite. Former Vice President Joe Biden occupies the most similar role, with broad name recognition and a deep political network.

But Biden associates say he is still conflicted about whether to run, and he has pointedly said other would-be 2020 candidates should not defer to his plans. Biden is expected to make a decision by January.

Booker has been among the most aggressive in courting supporters in early-voting states. After the midterms, he called each member of the Iowa Democratic statewide ticket, for whom the New Jersey senator campaigned ahead of the midterm, the day after the election.

California Sen. Kamala Harris, who would be considered an early favorite in the White House race, also called candidates she campaigned for in early-voting presidential states, including Deidre DeJear, who was Iowa’s first African-American woman nominated for statewide office but lost in her bid for secretary of state.

Montana’s Bullock, who has made several stops in Iowa this year, traveled to New York after Election Day to meet with potential donors. Though Bullock has a lower profile than many possible Democratic contenders, he has an experienced team of political advisers, including chief of staff Tom Lopach — the former executive director of the Democratic Senatorial Campaign Committee — and Nick Baldick, a veteran Democratic strategist.

Bullock also sent a staffer to Iowa to work for Tim Gannon, who lost his race for state agriculture secretary last week, a move aimed at giving Bullock an early foothold in the crucial caucus state.

And while the midterms showed that Trump remains a powerful force in the GOP, at least two Republicans are considering taking Trump on: retiring Arizona Sen. Jeff Flake and outgoing Ohio Gov. John Kasich.

Kasich will be in New Hampshire on Thursday for a speech at a First Amendment event. Ahead of his remarks, Kasich will have private meetings with several prominent New Hampshire Republicans, including state and county GOP chairs.