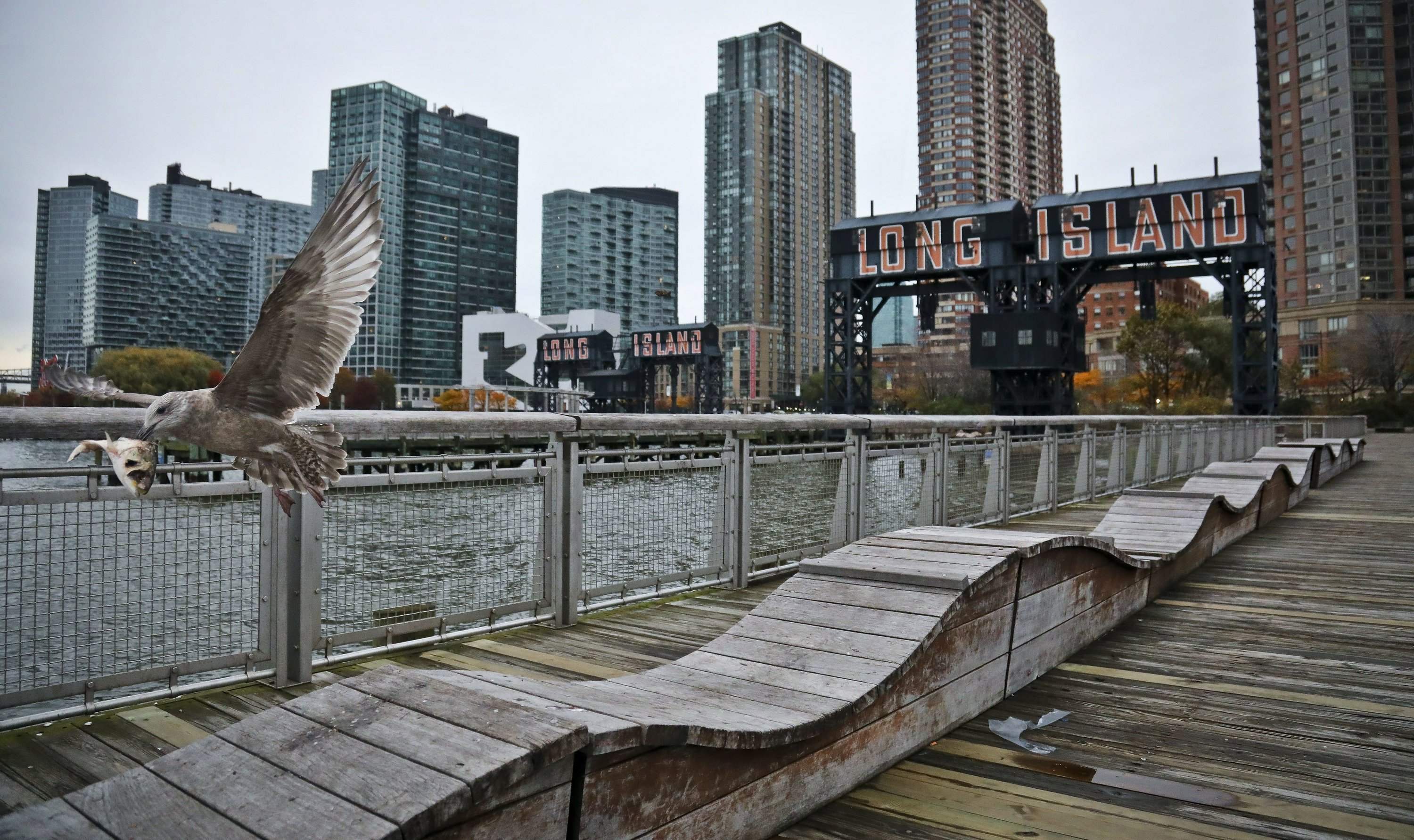 NEW YORK — For more than a year, cities around the country waited in suspense over whether they’d be chosen as Amazon’s second home.

The online retail giant held the promise of 50,000 jobs and the possibility of changing their fortunes. So the 20 finalists dangled tax incentives, showcased their workforce and even signed nondisclosure agreements to keep the process secret — doing whatever it would take to woo the company.

In the end, Amazon decided to go with a safe bet. On Tuesday, it announced that it had picked for its new East Coast headquarters the buzzy New York neighborhood of Long Island City, Queens as well as a suburb of Washington, in Arlington, Virginia.

Amazon could have chosen a city looking to be revitalized, like Newark, New Jersey. Instead, it opted to be close to two of the nation’s centers of power. Both are waterfront communities away from overcrowded business districts, giving Amazon space to grow.

The reason Amazon gave: they are best suited to attract the high-skilled workers the company wants. The two sites will each get 25,000 jobs that Amazon said will pay an average of $150,000 a year.

A person familiar with the plans says Amazon will split its second headquarters between Long Island City in New York and Crystal City in northern Virginia. The online retailer is expected to make an official announcement later Tuesday. (Nov. 13)

The company will receive more than $2 billion in tax credits and other incentives. New York is forking over more than $1.5 billion, while Virginia and Arlington are offering about a third of that — $573 million. The hope is that Amazon will attract other companies and ultimately boost the local economies. But while many see it as an opportunity, not everyone is sold on the idea.

“Offering massive corporate welfare from scarce public resources to one of the wealthiest corporations in the world at a time of great need in our state is just wrong,” said New York State Sen. Michael Gianaris and New York City Councilman Jimmy Van Bramer, Democrats who represent the Long Island City area, in a joint statement.

Amazon, which started as an online bookstore two decades ago, has grown to a behemoth that had nearly $180 billion in revenue last year. It now owns well-known brands, including grocer Whole Foods and online shoe-seller Zappos. It also makes movies and TV shows, runs an advertising business and offers cloud computing services to corporations and government agencies.

The company has more than 610,000 employees worldwide, making it the second largest U.S.-based, publicly-traded employer behind Walmart.

But it was the prospect of 50,000 jobs that led 238 communities across North America to pitch Amazon on why they should be home to the next headquarters.

New York is the nation’s financial and media powerhouse and has been working to attract technology companies. Google already has more than 7,000 workers in the city and, according to media reports, is looking to add 12,000 more in coming years.

Arlington is directly across the Potomac River from Washington. Large government contractors have offices and lobbying operations there. However, many of its 1980s-era office buildings have vacancies after thousands of federal employees moved elsewhere. Being near the nation’s capital could help Amazon with lobbying efforts as the company faces rising scrutiny from politicians.

Amazon said it will spend $5 billion between both locations on construction and other projects.

The new outposts won’t appear overnight. Amazon said hiring at the two headquarters will start next year, but it could take a decade or more to build out its offices.

Its New York location will be in a neighborhood of Queens that sits directly across from midtown Manhattan. Once a bustling factory and freight-moving area, many of Long Island City’s plants and warehouses closed as manufacturing left New York. The empty warehouses drew artists looking for affordable rents and businesses followed. Today, the neighborhood is made up of expensive, high-rise condos, with many more under construction.

Amazon’s Virginia offices will be in a part of Arlington that local politicians and Amazon are calling National Landing, an area around Reagan National Airport that encompasses Crystal City and Potomac Yard. Large parts are made up of vacant ’70s and ’80s-era office buildings. Among other challenges, Crystal City has fought to overcome a reputation for outdated architecture.

Virginia state Sen. Adam Ebbin, a Democrat who represents the area where Amazon’s new headquarters will be located, said that affordable housing may become an issue, but the announcement is a welcome development that will help increase the area’s tax base to help ease overcrowding in schools and address other pressing needs.

“I would say it’s a double-edged sword,” said Margo Williams, who lives in nearby Alexandria, Virginia. She said more workers in the area would increase tax revenues and bring better services for the community, but she worries traffic could get worse and the Metro more crowded.

Amazon said it will refer to the new locations as headquarters, even though with 25,000 jobs each, they would have fewer workers than its Seattle hometown , which houses more than 45,000 employees.

Seattle will remain one of Amazon’s three headquarters, and the company said that senior executives will also be based in the two new locations. It plans to hold company-wide events at the new locations, including shareholder meetings.

There were early signs that Amazon had its sights set on New York and northern Virginia. Among its 20 finalists, the company had selected two locations in the New York metro area and three in the D.C. area. Plus, CEO and founder Jeff Bezos has a home in Washington D.C., and he personally owns The Washington Post newspaper.

While it didn’t win the main prize, Nashville, Tennessee, won’t go empty handed. Amazon said the finalist city will be home to a new Amazon office with 5,000 jobs, focused on customer delivery and supply chain. Those jobs will also be paid an average of $150,000 a year, Amazon said.

“You know, this is a huge win,” said Republican Tennessee Gov. Bill Haslam. “When we got this news, I think all of us were really, really excited about it.”