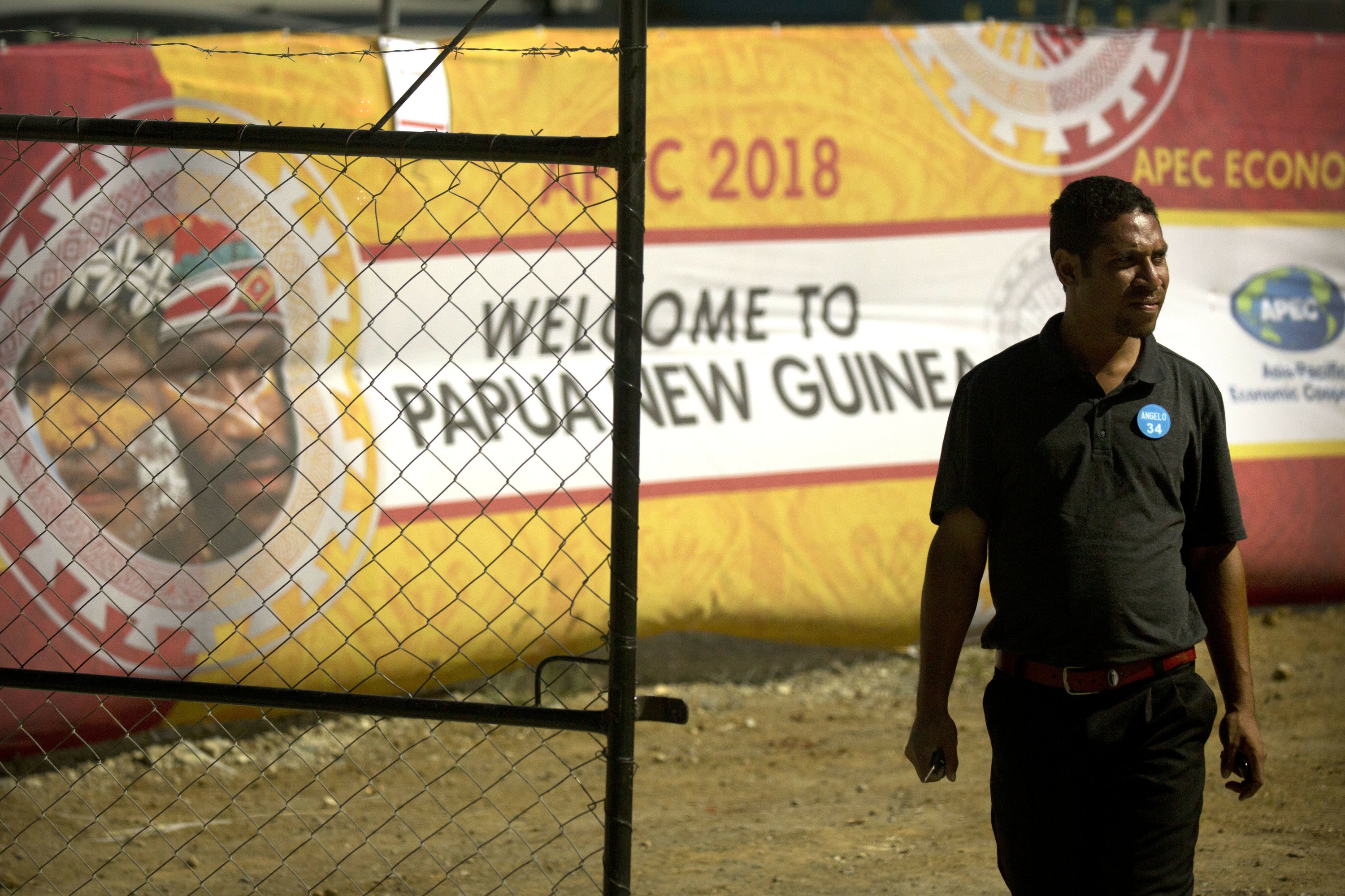 PORT MORESBY, Papua New Guinea — After three decades of promoting free trade as a panacea to poverty, the APEC grouping of nations that includes the U.S. and China is holding its lavish annual leaders meeting in the country that can least afford it.

Barely penetrated by roads and scarred by violence, Papua New Guinea hopes the parade of world leaders will lift the mountainous Pacific nation of hundreds of tribal groups out of obscurity and attract investment.

But the expense has brought criticism when the government has a budget crisis, basic medicines are scarce, and polio, eliminated from all but a handful of countries, has returned. In 2015, the International Monetary Fund estimated that upgrading the capital for the event and hosting a year of related meetings could cost $1 billion.

Australia, the biggest foreign aid donor to Papua New Guinea and former colonial occupier, as well as China and other countries have absorbed some of the cost but critics have already been given plenty of vindication.

In an eye-popping move, the government imported 40 luxury Maserati cars to whisk VIPs among convention venues in the secure bubble of the APEC meetings. Officials said the government would sell them to recover the cost, sparking more disbelief and suspicions of a corrupt scheme.

Chinese government money, meanwhile, has built what has been dubbed a boulevard to nowhere in the capital Port Moresby, a city described by the World Bank as among the world’s most violent due to high unemployment and brazen criminal gangs known as “raskols.”

Construction of an iconic building “APEC Haus” for the leaders’ summit was paid for by oil and gas company Oil Search, which operates all of Papua New Guinea’s oil fields, in exchange for tax credits. That avoided an immediate cost for the government but will erode its revenue in the future.

“I think the money should have been used to fix our backyard instead of decorating the front porch. We have health, education and infrastructure deficiencies that need to be addressed,” said activist and writer Martyn Namorong.

“Many teachers haven’t been paid and hospitals lack medicines,” he said. “There is so much misery experienced by ordinary Papua New Guineans while the elite party with the world like there is no tomorrow.”

What the weeklong talkfest will produce, other than its signature photo of world leaders in locally themed shirts, is unclear. In the impenetrable language of APEC, the meeting is about “Harnessing Inclusive Opportunities, Embracing the Digital Future.”

Allan Bollard, executive director of the APEC secretariat, said the meeting is complicated by the tensions between China and the U.S. over trade and the broader backlash against globalization — the dominant Western-led ideology over the past four decades that freer trade and movement of people is inevitably good for all.

“This year we’ve had more bilateral trade friction, between the U.S. and China in particular, and that does make it more complex around the table in the sense that APEC only does initiatives where everybody agrees,” Bollard said.

Port Moresby, a city where foreigners and the local elite live in homes barricaded behind high walls and barbed wire, will host more than 12,000 visitors for the meetings that end on Sunday.

Because of a shortage of hotels, many will stay in three cruise ships docked at Port Moresby and be shuttled back and forth in some of the hundreds of vehicles imported for the event. The city will be crawling with police and military, some of them from Australia and New Zealand, who are providing air force planes, navy patrol boats, special forces and other personnel.

Australian media reports say Canberra is spending more than $100 million on security and other support for APEC. The Australian prime minister’s office declined to release a figure, calling the assistance an “extension of long-term cooperation.”

“The security is going to be so tight,” said Jonathan Pryke, a Papua New Guinea expert at the Lowy Institute, an Australian think tank. “This is going to be the safest time to be in Port Moresby.”

Even so, U.S. Vice President Mike Pence and his entourage will be flying into the country each day from northern Queensland in Australia.

Outside of the spruced-up capital, 2018 has been a year of renewed tribal and political violence.

Earlier this month, rioting engulfed the coastal town of Alotau more than 300 kilometers (186 miles) from Port Moresby after police leaving for APEC killed a woman and her child in a road accident, said the town’s Catholic Bishop Rolando Santos. Gunfights erupted when police reinforcements arrived from the capital, he said. The growth of a Chinese diaspora, said Pryke, has also fueled economic tensions that have led to protests and riots.

“There isn’t much funds for education, health,” said Santos, a Filipino who’s lived in Papua New Guinea for 17 years. “Many were affected because of APEC.”

The country’s Catholic Bishops Conference has criticized dire shortages of basic services while the government poured resources into getting the capital ready for world leaders.

“We share the concern of many about the huge amount of our limited resources being expended on this event which seems designed to entertain and impress the rich and powerful,” said its president Rochus Tatamai.

Papua New Guineans, he said, are “suffering and dying in order to make APEC a success.”