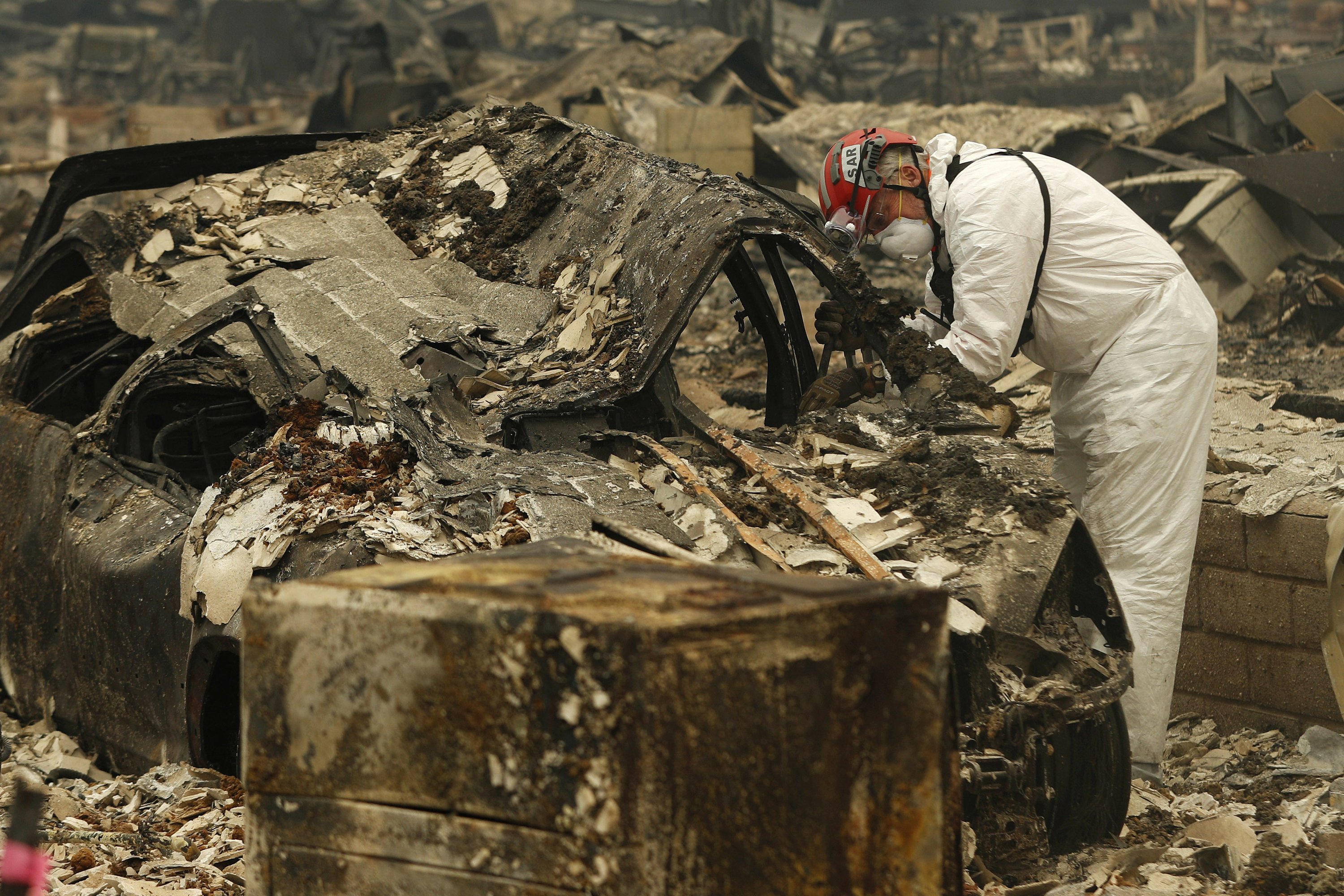 With the death toll from the Northern California blaze topping 40 and expected to rise, officials said they were setting up a rapid DNA-analysis system, among other steps.

Rapid DNA is a term for portable devices that can identify someone’s genetic material in hours, rather than days or weeks and more extensive equipment it can take to test samples in labs. A 2017 federal law provided a framework for police to use rapid DNA technology when booking suspects in criminal investigations, and some medical examiners have started using it to identify the dead or are weighing deploying it in disasters.

“In many circumstances, without rapid DNA technology, it’s just such a lengthy process,” says Frank DePaolo, a deputy commissioner of the New York City medical examiners’ office, which has been at the forefront of the science of identifying human remains since 9/11 and is exploring how it might use a rapid DNA device.

The technology, and DNA itself, has limits. It is sometimes impossible to extract DNA from incinerated remains, and trying to identify remains through DNA requires having a sample from the person when alive or building a profile by sampling close relatives.

But that doesn’t mean there’s no hope of identifying the dead without DNA.

“There’s two ways to approach it: You could do a DNA-led identification effort … (or) more traditionally, the medical examiner and their team of people will try to establish the biological profiles of the unidentified and try to identify them through more traditional methods,” says Dr. Anthony Falsetti, a George Mason University forensic science professor and forensic anthropologist and a specialist in evaluating human remains.

In fact, more traditional methods, such as examining dental records, are often a first step. Partially, that’s because victims might have dental X-rays but not personal DNA profiles. Other medical records — of bone fractures, prosthetics or implants, for instance — also can be helpful.

And after a disaster, a crucial part of identifying victims is developing a manifest of the missing people, studying the site for clues as to who might have been there and meticulously searching for remains, sometimes by having a forensic anthropologist sift carefully through the debris, DePaolo said.

“Ultimately, you may be able to identify that you have a female, a male, a child” from studying the remains, but science won’t give them a name, he said. In such cases, authorities may have to rely on reasoning to match what’s known about the remains to who is known to be missing.

“That manifest may ultimately be the only thing you have to potentially identify that the victims that were recovered from that location could be those victims,” he said.

New York medical examiners have worked to match nearly 22,000 fragments of human remains to the 2,753 people killed at the World Trade Center. More than 17 years later, 40 percent of the dead have never had any of their remains identified. But the painstaking process still yields results: The remains of one victim, 26-year-old Scott Michael Johnson, were identified in July for the first time.

Whatever the process proves to be for California authorities, DePaolo said, “it’s a tough and complex job that they have ahead of them, and our condolences go out to them.”