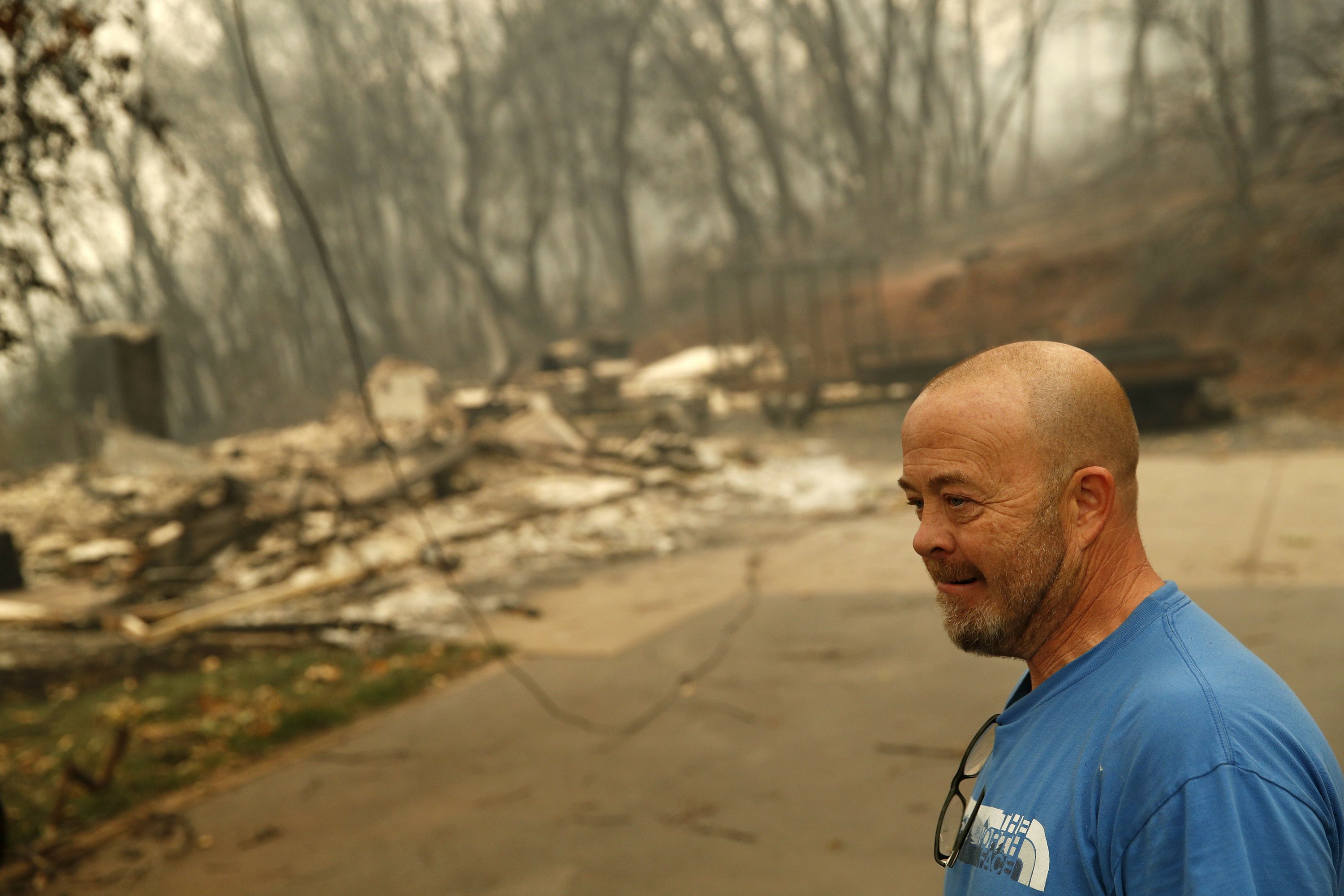 CHICO, Calif. — A message board at a shelter for the many people who fled California’s deadliest wildfire is filled with photos of the missing, as well as pleas for any information about relatives and friends.

“I hope you are okay,” reads one hand written note on the board filled with white and yellow sheets of notebook paper. Another had a picture of a missing man: “If seen, please have him call.”

Authorities on Tuesday reported six more fatalities from the Northern California blaze, bringing the total number of dead so far to 48. They haven’t disclosed the total number still missing, but earlier in the week that figure was more than 200.

Butte County Sheriff Kory Honea said a list of the missing would be released soon and that 100 National Guard troops would help teams already looking for remains.

“We want to be able to cover as much ground as quickly as we possibly can,” he said. “This is a very difficult task.”

As authorities increased efforts, people waited for any word on those still not found.

Greg Gibson was one of the people searching the message board Tuesday, hoping to find information about his neighbors. They’ve been reported missing, but he doesn’t know if they tried to escape or hesitated a few minutes longer than he did before fleeing Paradise, the town of 27,000 which was consumed last Thursday. About 7,700 homes were destroyed.

Evacuees are still counting their losses five days after an explosive wildfire leveled the town of Paradise, California. Many are still missing but survivors are not giving up. (Nov 13)

“It happened so fast. It would have been such an easy decision to stay, but it was the wrong choice,” Gibson said from the Neighborhood Church in Chico, California.

More than 1,000 people were at shelters set up for evacuees.

Inside the church, evacuee Harold Taylor chatted with newfound friends.

Taylor, a 72-year-old Vietnam veteran who walks with a cane, said he received a call Thursday morning to evacuate immediately. He saw the flames leaping up behind his house, left with the clothes on his back and barely made it out alive.

Along the way, he tried to convince his neighbor to get in his car and evacuate with him, but the neighbor declined. He doesn’t know what happened to his friend.

“We didn’t have 10 minutes to get out of there,” he said. “It was already in flames downtown, all the local restaurants and stuff,” he said.

The search for the dead was drawing on portable devices that can identify someone’s genetic material in a couple of hours, rather than days or weeks.

“In many circumstances, without rapid DNA technology, it’s just such a lengthy process,” says Frank DePaolo, a deputy commissioner of the New York City medical examiners’ office, which has been at the forefront of the science of identifying human remains since 9/11 and is exploring how it might use a rapid DNA device.

Before the Paradise tragedy, the deadliest single fire on record in California was a 1933 blaze in Griffith Park in Los Angeles that killed 29.

At the other end of the state, firefighters made progress against a massive blaze that has killed two people in star-studded Malibu and destroyed well over 400 structures in Southern California.

The flames roared to life again in a mountainous wilderness area Tuesday, sending up a huge plume of smoke near the community of Lake Sherwood. Still, firefighters made gains.

Interior Secretary Ryan Zinke said he canceled a trip to Asia and will visit the fire zones Wednesday and Thursday.

The cause of the fires remained under investigation, but they broke out around the time and place two utilities reported equipment trouble. Gov.-elect Gavin Newsom, who takes office in January, sidestepped questions about what action should be taken against utilities if their power lines are found to be responsible.

People who lost homes in the Northern California blaze sued Pacific Gas & Electric Co. Tuesday, accusing the utility of negligence and blaming it for the fire. An email to PG&E was not immediately returned.

Linda Rawlings was on a daylong fishing trip with her husband and 85-year-old father when the fire broke out.

Her next-door neighbors opened the back gate so her three dogs could escape before they fled the flames and the dogs were picked up several days later waiting patiently in the charred remains of their home, she said.

Rawlings learned on Tuesday morning — after days of uncertainty — that her “Smurf blue” home in Magalia was burnt to the ground.

She sat looking shell-shocked on the curb outside a hotel in Corning.

“Before, you always have hope. You don’t want to give up. But now we know,” she said.