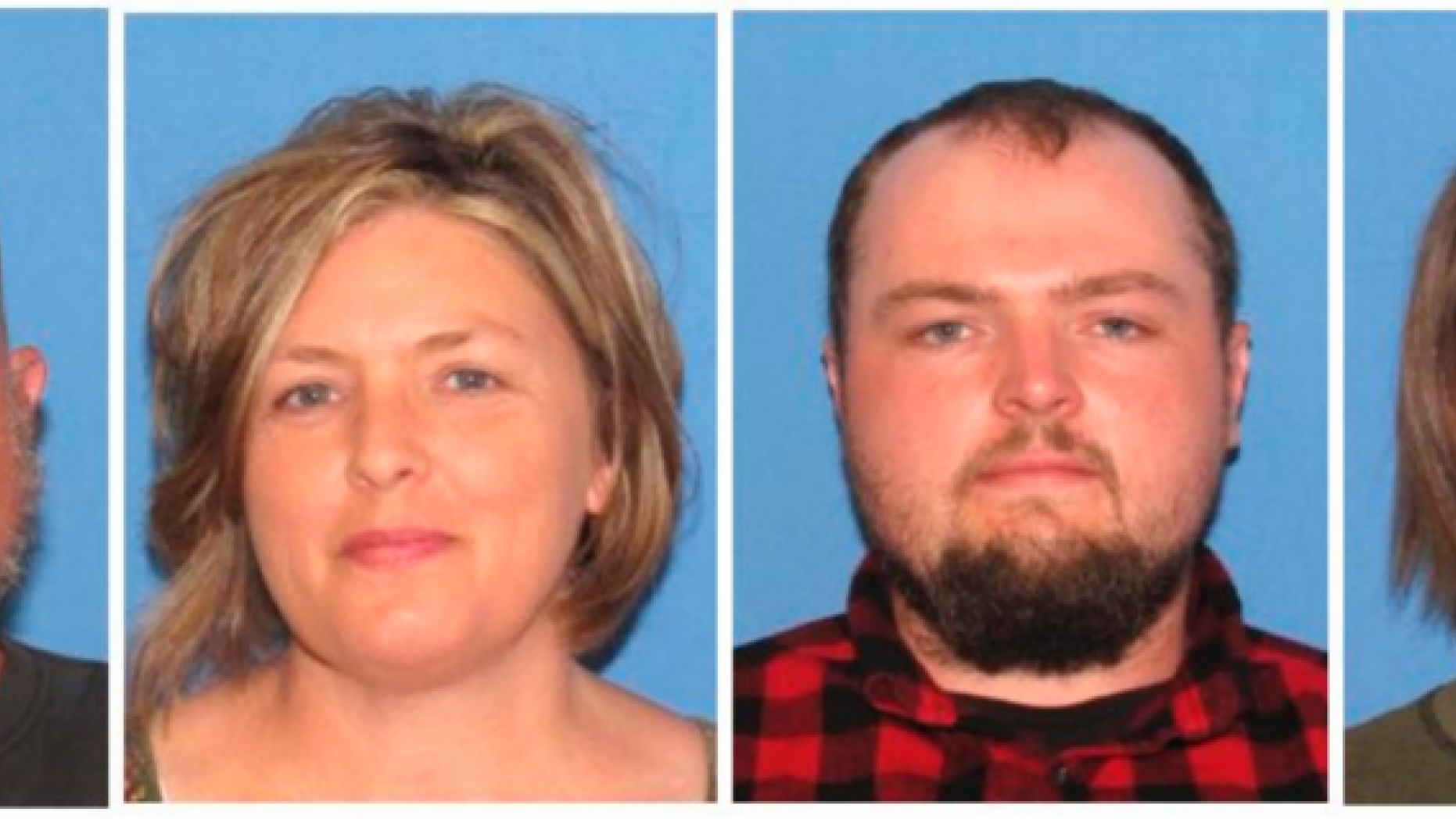 COLUMBUS, Ohio — A child at the center of a custody dispute that may have set off a gruesome Ohio massacre is safe in state custody, her great-grandfather said Wednesday, before one of the four suspects in the killings appeared in court.

Leonard Manley, whose daughter and grandchildren were among the eight people killed in 2016, told The Cincinnati Enquirer the 4-year-old girl is in state custody.

One of the suspects, Edward “Jake” Wagner, was the long-time former boyfriend of 19-year-old Hanna Rhoden, one of the victims, and shared custody of their daughter at the time of the massacre.

On Wednesday afternoon, Wagner’s father, another of the suspects, agreed to return to Ohio following his arrest in Kentucky. George “Billy” Wagner III was arrested after being found in a horse trailer in Lexington Tuesday. The 47-year-old Wagner waived his rights to an extradition hearing in a brief appearance Wednesday in Lexington district court.

The announcement of Wagner’s arrest along with his wife and two adult sons marked the culmination of a massive investigation that began after seven adults and a teenage boy were found shot in the head at four separate rural Ohio homes in April 2016. The killings terrified Ohio residents and spawned rumors that it was a drug hit, but prosecutors suggested Tuesday the attack had stemmed from a custody dispute.

The investigation is one of the most complicated and extensive in state history, with enormous numbers of witnesses and a huge amount of evidence, said Pike County Prosecutor Rob Junk.

“There is a lot of hard work ahead of us. I cannot emphasize that enough. An indictment is only the beginning of the case,” Junk said Tuesday, adding the case may have to be moved to a different county because of pre-trial publicity.

Other Pike County officials are concerned about the costs and issues they will face in housing the suspects, such as added security and other needs. County Commissioner Blaine Beekman said Wednesday the county of 28,000 is already in a budget crunch and officials plan to meet with Junk before reaching out to state officials for help.

“Obviously, we are pleased that the arrests have been made and that, if the evidence is there, the people will be brought to justice,” Beekman said. “But it’s a double-edged sword. … Now comes the reality of how are we going to pay for this? We have no book to refer to. There are just so many unknowns.”

Edward Wagner was also charged with unlawful sexual conduct with a minor for having sexual contact with Rhoden when she was 15 years old and he was 20 years old, DeWine’s office said.

DeWine gave scant detail about why the victims were killed, other than saying the custody of a young child played a role.

Tony Rhoden, who lost two brothers in the killings, said the family was still processing the news.

“We just don’t know what to think,” Rhoden told the Columbus Dispatch. “It’s a lot to take in.”

The Wagner family lived near the scenes of the killings about 60 miles (97 kilometers) south of Columbus. They moved to Kenai, Alaska, in June 2017, then returned to Ohio this past spring.

Kelly Cinereski, an Alaskan pastor and friend of the family, told the Dayton Daily News he was shocked by their arrests.

“These people wept over dogs, I can’t imagine them taking people’s lives,” he said.

Both Edward Wagner and Angela Wagner previously told the Cincinnati Enquirer they were not involved in the killings.

Angela Wagner said in an email to the newspaper what happened was devastating and Hanna Rhoden was like a daughter to her. Wagner also told The Enquirer her husband, George, and Christopher Rhoden Sr. were more like brothers than friends.

John Clark, a lawyer who has been representing the Wagners, has said previously that four of the Wagner family members provided laptops, phones and DNA samples to investigators and agreed to be interviewed about the slayings.

“We look forward to the day when the true culprits will be discovered and brought to justice for this terrible tragedy,” Clark said in a statement.