Pence says US committed to Indo-Pacific, not seeking control 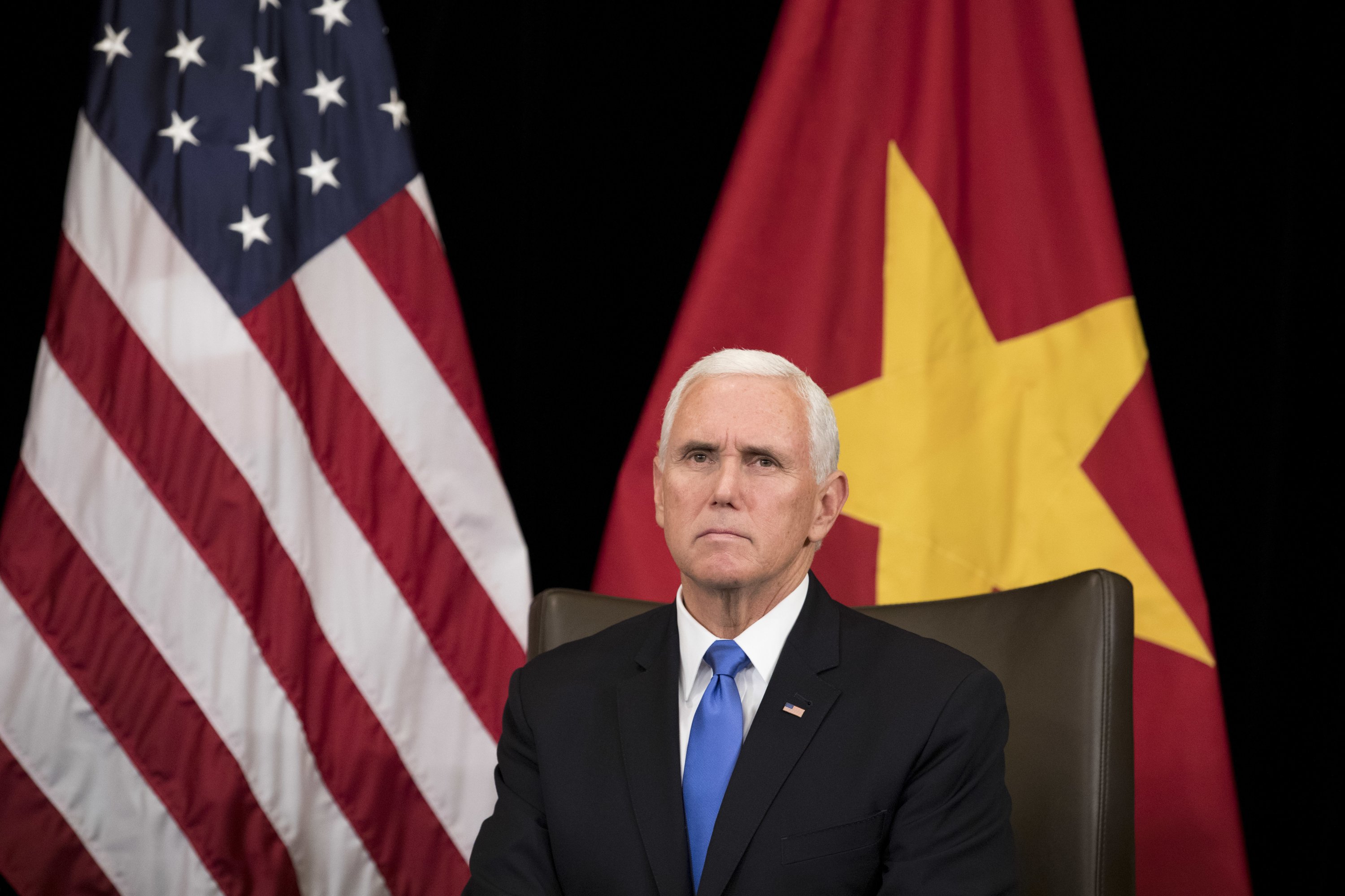 SINGAPORE — America has a steadfast and enduring commitment to the Indo-Pacific region but wants cooperation, not control, U.S. Vice President Mike Pence said Thursday in comments to a Southeast Asian summit that carried a veiled swipe at China’s growing influence.

Pence, standing in for President Donald Trump at the 10-nation summit of the Association of Southeast Asian Nations in Singapore and another later in the week in Papua New Guinea, told his fellow leaders that “empire and aggression have no place” in the region.

He said U.S. support includes work to counter terrorism and pressure North Korea to give up its nuclear weapons and a commitment “to uphold the freedom of the seas and skies where we stand shoulder to shoulder with you for freedom of navigation, and our determination to ensure that your nations are secure in your sovereign borders on land, at sea, and in the digital world.”

“Like you, we seek an Indo-Pacific in which all nations, large and small, can prosper and thrive – secure in our sovereignty, confident in our values, and growing stronger together,” Pence said.

The ASEAN meetings focus on enhanced trade and security in a region of more than 630 million people.

While in Singapore, Chinese Premier Li Keqiang has sought to reassure China’s neighbors over its expanding reach, both economic and military, across the region.

Managing conflict in the South China Sea is a perennial concern. China is pitted against its smaller neighbors in multiple disputes in the sea over coral reefs and lagoons in waters crucial for global commerce and rich in fish and potential oil and gas reserves.

The region is a potential flashpoint, and a huge concern for the U.S. and other countries that rely on the right of passage for shipping.

Philippine President Rodrigo Duterte, who has sought to ease tensions with China over his country’s claims to disputed waters, said Thursday that it was crucial that the countries involved finish work on a “code of conduct” to help prevent misunderstandings that could lead to conflict.

“China is there. That is the reality,” he told reporters before joining the morning’s meetings. “Strong military activity will prompt a response from China. I do not mind everybody going to war, but except that the Philippines is just beside those islands. If there is shooting there my country will be the first to suffer.”

Pence alluded to Chinese concerns that the U.S. is seeking to contain its influence by saying, “Our vision for the Indo-Pacific excludes no nation.”

However, he added, “It only requires that every nation treat their neighbors with respect, they respect the sovereignty of our nations and the international rules of order.”

In contrast with Trump’s preference for bilateral dealings and distrust of international institutions, the meetings in Singapore have championed a commitment to free trade and a multilateral approach to coping with myriad issues, from cybercrime and terrorism to maritime security and e-commerce.

Trump withdrew from a Pacific Rim trade initiative, the Trans-Pacific Partnership, just after taking office last year. That trade pact is due to take effect on Dec. 30.

The U.S. also is not part of another, Southeast Asian centered grouping of 16 countries called the Regional Comprehensive Economic Partnership, which does include China, India, Australia and most other Asian economies.

On Wednesday, the leaders pushed back a final agreement on that 16-nation free trade deal until 2019. If realized, that arrangement will create the world’s biggest trading bloc with 40 percent of world trade and 30 percent of global economic activity.

The trade talks followed scores of bilateral meetings among the leaders and talks on other issues such as regional security, how to keep peace in the South China Sea and the crisis over hundreds of thousands of ethnic Rohingya Muslims who have fled to Bangladesh to escape violence in Myanmar.

The ASEAN members are Brunei, Cambodia, Indonesia, Laos, Malaysia, Myanmar, the Philippines, Singapore, Thailand and Vietnam. Its annual summit includes meetings with various other nations and a slew of bilateral meetings among the leaders.