The Latest: Judge will not suspend Florida recount deadline 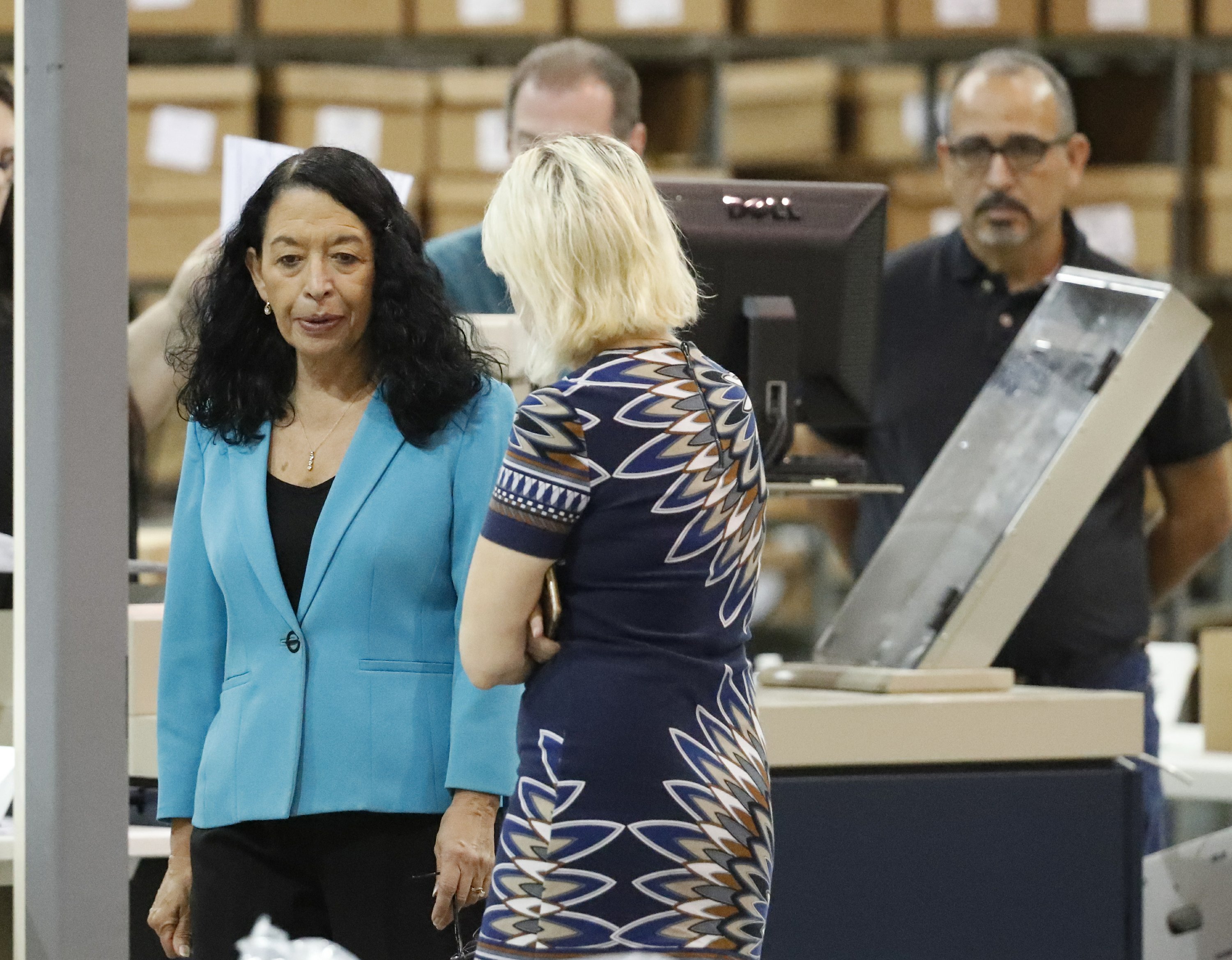 A federal judge is refusing to suspend looming election recount deadlines in the battleground state of Florida.

U.S. District Judge Mark Walker on Thursday rejected a request by U.S. Sen. Bill Nelson and Democrats to give counties more time to finish recounts. All 67 counties are required to submit the results of a machine recount by 3 p.m.

Palm Beach County’s election supervisor has already warned that the county will not be able to finish on time.

In his ruling, Walker said he was concerned that some counties may not complete their work by the deadline. But he said there is a lack of information on when Palm Beach County would wrap up its work.

Walker said he cannot “fashion a remedy in the dark.”

The supervisor of elections in Florida’s Palm Beach County said the likelihood of her office completing the recount by the state-mandated 3 p.m. deadline is “very slim.”

Bucher explained that the elections office in Riviera Beach shut down Wednesday night because “when you work about 45 hours in a row, you have to let people sleep.”

Bucher says she believes her office did everything it could despite not completing the U.S. Senate race recount.

She blames aging equipment for the delays in meeting Thursday’s deadline for machine recount results.

During a hearing on whether to extend the 3 p.m. Thursday deadline in the state’s recount for a U.S. Senate seat the governor’s race, U.S. District Judge Mark Walker noted that Florida has a history of “razor thin” elections, yet Palm Beach County delayed purchasing enough voting machines to handle a recount.

Walker said Florida has been “the laughing stock of the world election after election and we chose not to fix this.”

The judge also said that the recount procedure in Florida law is written in a way that doesn’t allow for possible problems. He suggested that runs against past federal court rulings, including the Bush v. Gore ruling that decided the 2000 presidential recount.

A federal judge is giving thousands of Florida voters until this weekend to fix their ballots if they haven’t been counted because of mismatched signatures.

Walker did not go along with a request from Democrats to count all ballots with mismatched signatures. Instead he ordered that local election officials give voters until 5 p.m. Saturday to correct the problem so that their ballots can be counted.

State officials testified in court that nearly 4,000 ballots have already been rejected because local canvassing boards decided the signature that was mailed-in doesn’t match the signature on file.

Florida’s bumpy recount election reaches a pivotal point Thursday as most counties across the state complete reviews that could determine the next senator and governor in one of America’s top political battlegrounds.

Barring a dramatic last minute court-mandated extension, Florida counties face a 3 p.m. deadline to wrap up their machine recounts. Some counties have warned that they may not be able to make the deadline.

The machine recount may essentially bring a conclusion to the governor’s race. Republican Ron DeSantis leads Democrat Andrew Gillum by 0.41 percentage points in unofficial results, but the election won’t be certified until Tuesday.

Unofficial results in the U.S. Senate race have Republican Gov. Rick Scott ahead of Nelson by 0.14 percentage points, which will almost certainly send it to another recount that will last through the weekend.