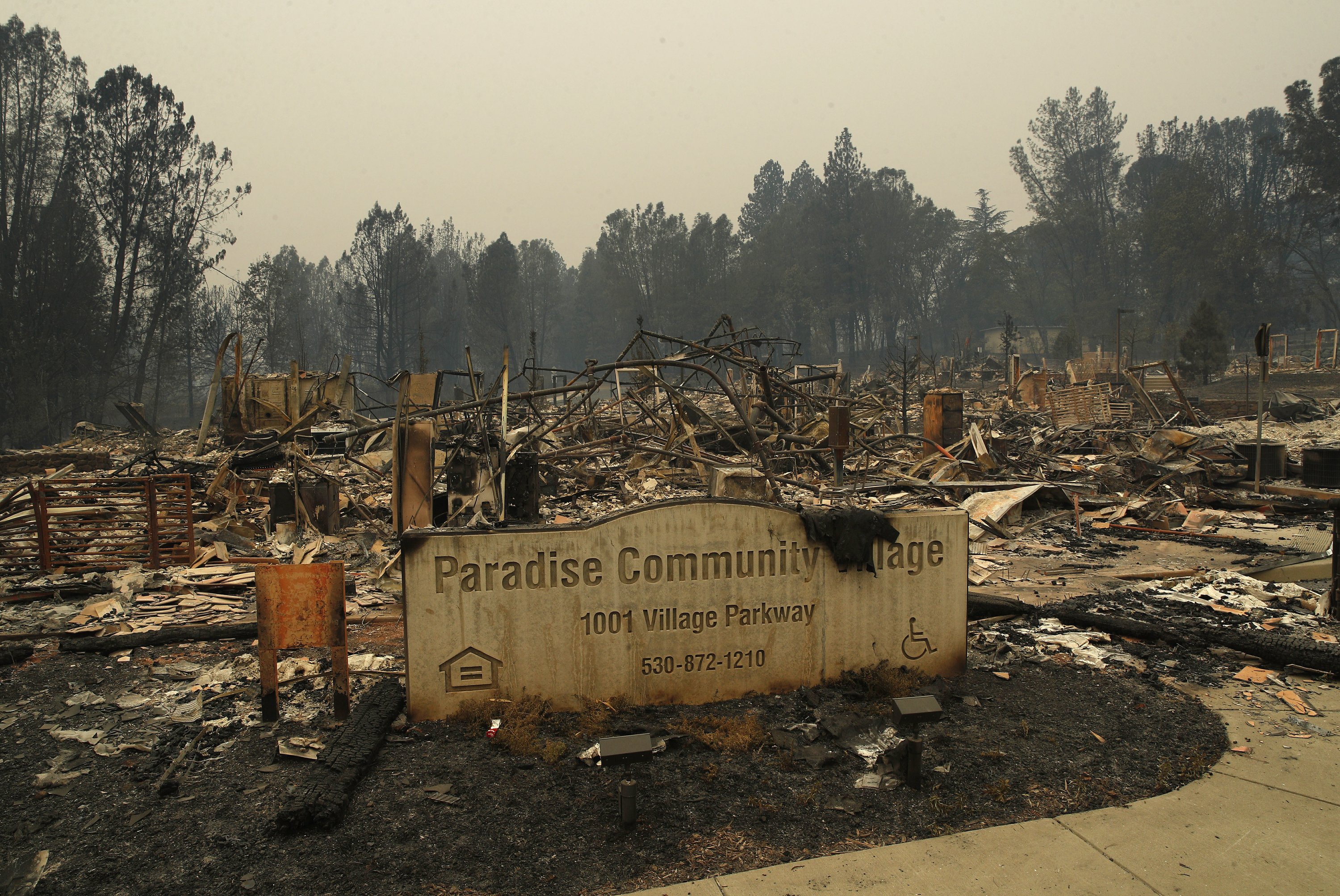 In a matter of hours last week, the town of 27,000 in California disappeared — it literally went up in smoke in the deadliest, most destructive wildfire in state history. Memories are all that’s left for many of the survivors.

At least 63 are now dead from a Northern California wildfire, and officials say they have a missing persons list with 631 names on it in an ever-evolving accounting of the missing.

Possible charges against WikiLeaks founder Julian Assange may help clarify whether Russia coordinated with the Trump campaign to sway the 2016 presidential election.

Prime Minister Theresa May is battling to save her Brexit plan, and her job, after the draft withdrawal agreement between Britain and the EU sparked fierce opposition from some politicians in her Conservative Party.

6. A LONG AND WINDING ROAD

Nearly 2,000 caravan migrants have reached the U.S. border in Mexico’s northwestern corner, with prospects growing that they would be stuck waiting in Tijuana for months.

Pyongyang said that it will deport an American citizen it detained for illegally entering the country recently as it boasted of a new unspecified “ultramodern” weapon.

8. GENOCIDE VERDICT FOR “THE KILLING FIELDS”

The last surviving leaders of the communist Khmer Rouge regime that brutally ruled Cambodia in the 1970s have been convicted of genocide, crimes against humanity and war crimes by an international tribunal.

Three years after it closed its beloved store on Fifth Avenue, FAO Schwarz is making a return to New York.

A painting by the British artist David Hockney fetched $90.3 million at Christie’s, easily breaking the record for a work by a living artist sold at auction.