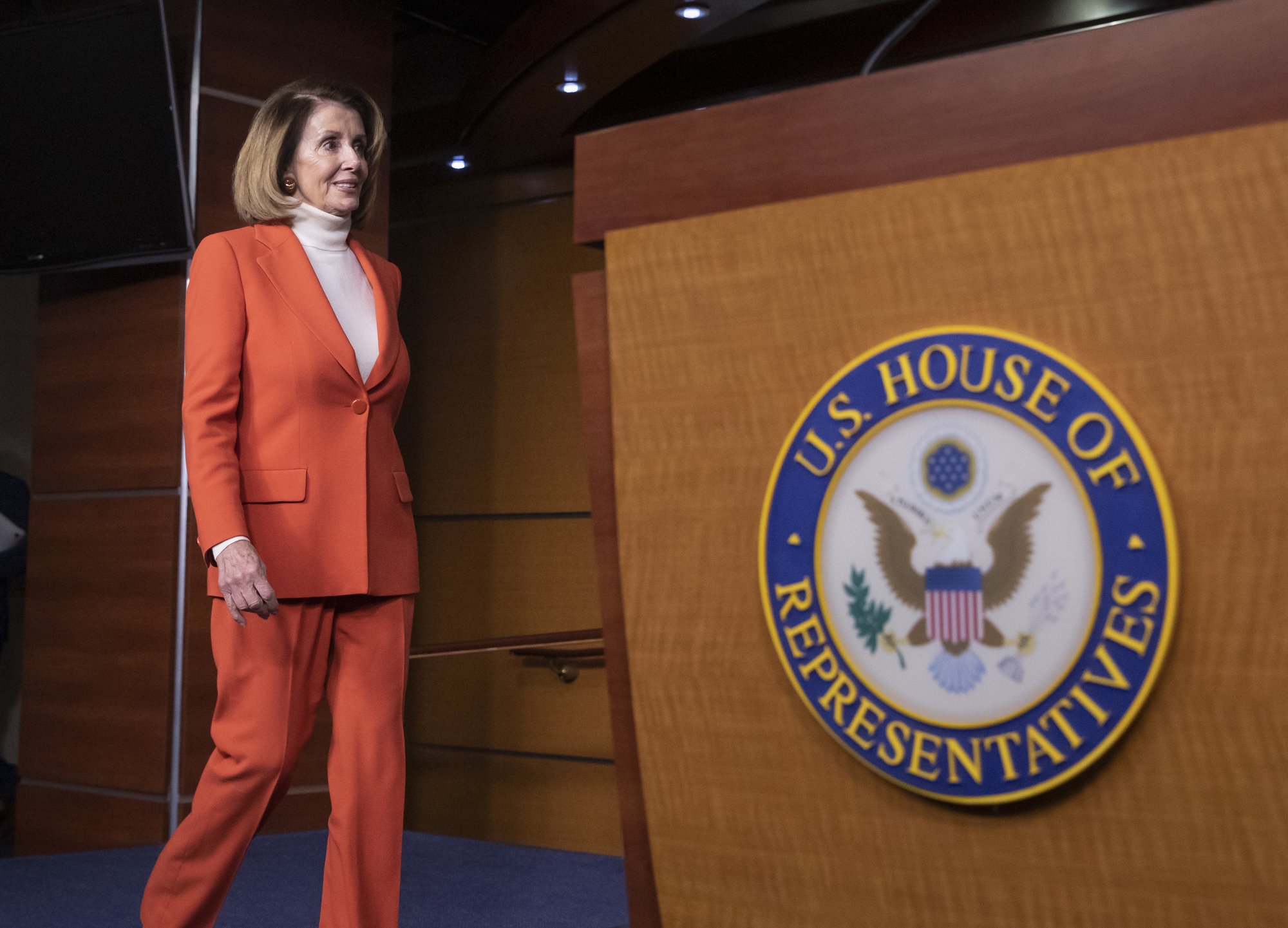 WASHINGTON — If it was up to most of the Democratic Party, Nancy Pelosi would be the obvious choice to become speaker of the House. But within the ranks of the chamber’s Democratic majority, there’s a small but persistent group pushing to topple her return as the first woman with the gavel.

Pelosi appears be winning the outside game amassing endorsements from a who’s who of the nation’s Democrats, including former Vice President Al Gore and former Secretary of State John Kerry. Inside the Capitol she has support from influential lawmakers, Rep. John Lewis, D-Ga., the civil rights leader, and Rep. Adam Schiff of California, who’s in line to chair the Intelligence Committee, among others.

Most recently Pelosi got the nod from MoveOn.org as liberals sound the alarm against an overthrow being orchestrated by mostly centrist Democrats who want to prevent the San Franciscan from being the face of the party.

“We strongly support and call on all members of the Democratic caucus to support @NancyPelosi for Speaker,” the group tweeted Thursday. It noted in particular her work passing the Affordable Care Act. “Were it not for her skilled and effective leadership, the ACA would not be law today. Dems must reject attempts to defeat her and move caucus to the right.”

House Democratic leader Nancy Pelosi says she has “overwhelming support” among fellow Democrats to become the next House speaker. Pelosi dismissed a challenge from disgruntled Democrats who claim they have 17 names on a letter opposing her. (Nov. 15)

The show of strength is a reflection on Pelosi’s 15-year tenure as party leader but also her place in history as the first woman to hold — and potentially return — to the speaker’s office after an election that ushered in a record number of women candidates.

It’s not lost on supporters that a group made up of mostly men is leading the effort to oust her. On the list of 17 names who’ve signed onto a letter against her, just three are women.

“Look, I’m supporting Pelosi,” said Rep. Jim Clyburn of South Carolina, the third-ranking Democrat and an influential leader of the Congressional Black Caucus. “But I would never tell anybody not to run.”

Pelosi’s opponents started rallying Thursday behind a possible contender, Rep. Marcia Fudge of Ohio, a prominent member of the Black Caucus who has indicated a willingness to challenge her. Others may jump in, when lawmakers return after Thanksgiving for first-round voting.

Fudge, recently re-elected to a 7th term, is an ally of Ohio Democratic Rep. Tim Ryan, who mounted an unsuccessful campaign against Pelosi two years ago and is a leader of the current effort to topple her.

With Rep. Seth Moulton, D-Mass., Rep. Kathleen Rice, D-N.Y., and others, the letter writers have yet to present their list publicly. They promise to do so soon, but Rep. Kurt Schrader, D-Ore., said they were hoping to add a few more signatures.

Schrader said it’s a “lie” that Pelosi already has secured enough support, and that he would back Fudge. “She has experience in running caucuses, fits the profile, I think, really well. She’s tough,” he said.

Rep.-elect Jeff Van Drew, D-N.J., said he signed the letter and is sticking and with his campaign promise to not vote for Pelosi — “not in the caucus and not on the floor,” he said.

“There’s something to be said for new ideas and showing that it’s a change and having a different face,” he said.

Pelosi has fended off challenges before, but this one — fueled by newcomers calling for change and frustrated incumbents who feel shut out of leadership after her many years at the helm — poses perhaps the biggest threat yet.

With a narrow Democratic majority, now at about 230 seats, she does not have much cushion to secure the 218 votes needed on the floor if all Republicans vote against her, as expected. Some House races remain undecided and the Democratic majority could grow slightly.

There is a chance the math could shift in Pelosi’s favor if lawmakers are absent or simply vote “present,” meaning she would need fewer than 218 votes for an absolute majority. The full chamber will elect the next speaker Jan. 3.

Pelosi has remained steadfast in her pursuit of the gavel and welcomed all challengers. Her latest catchphrase: “Come on in, the water’s warm.”

The 78-year-old Californian said she has “overwhelming support” to become the next speaker.

Asked if sexism might block her return, she countered that’s a question for the mostly male lawmakers signing a letter against her.

“If in fact there is any misogyny involved in it, it’s their problem, not mine,” Pelosi told reporters.

The list includes a dozen incumbents and five newcomers, including two Democrats whose races have not yet been decided. Confirmed by an aide to one of the organizers, the list was first published in the Huffington Post.

Allies of Pelosi have churned out endorsements daily, with support from incoming House committee chairmen; leaders of outside organizations, including women’s groups and labor unions; and others who align with Democrats and provide resources for elections.

Many attest to Pelosi’s skills at fundraising for the party, corralling the caucus and delivering votes. Her supporters say now is not the time for infighting when voters expect Democrats to stand up to President Donald Trump.

But Pelosi also acknowledges the discomfort some lawmakers face because she’s the GOP’s favorite election-year villain. Some 137,000 ads were run against her this election cycle, she said. “It makes it hard on the candidates,” she conceded.

Pointing to Democrats’ midterm success — they regained control of the House with their biggest midterm victories since Watergate — she added, “Obviously those ads didn’t work.”

“People don’t even know who I am — an Italian-American grandmother with lots of energy, a mother of five, a grandmother of nine — who is here to do what’s right for our future,” said Pelosi.

Democrats seeking to block Pelosi argue it’s time to give younger lawmakers a chance to rise to high-level posts. They also say Republicans have done such a good job demonizing Pelosi that it’s hard for Democrats to be elected in closely contested, moderate districts.

Finding a consensus candidate could prove daunting, and lawmakers hold mixed views about the prospect of a floor fight as the opening act of the new Congress.

Pelosi made history when she became the first female speaker of the House in 2007. She assumed the post after Democrats took control of the House in midterm elections during former President George W. Bush’s second term.