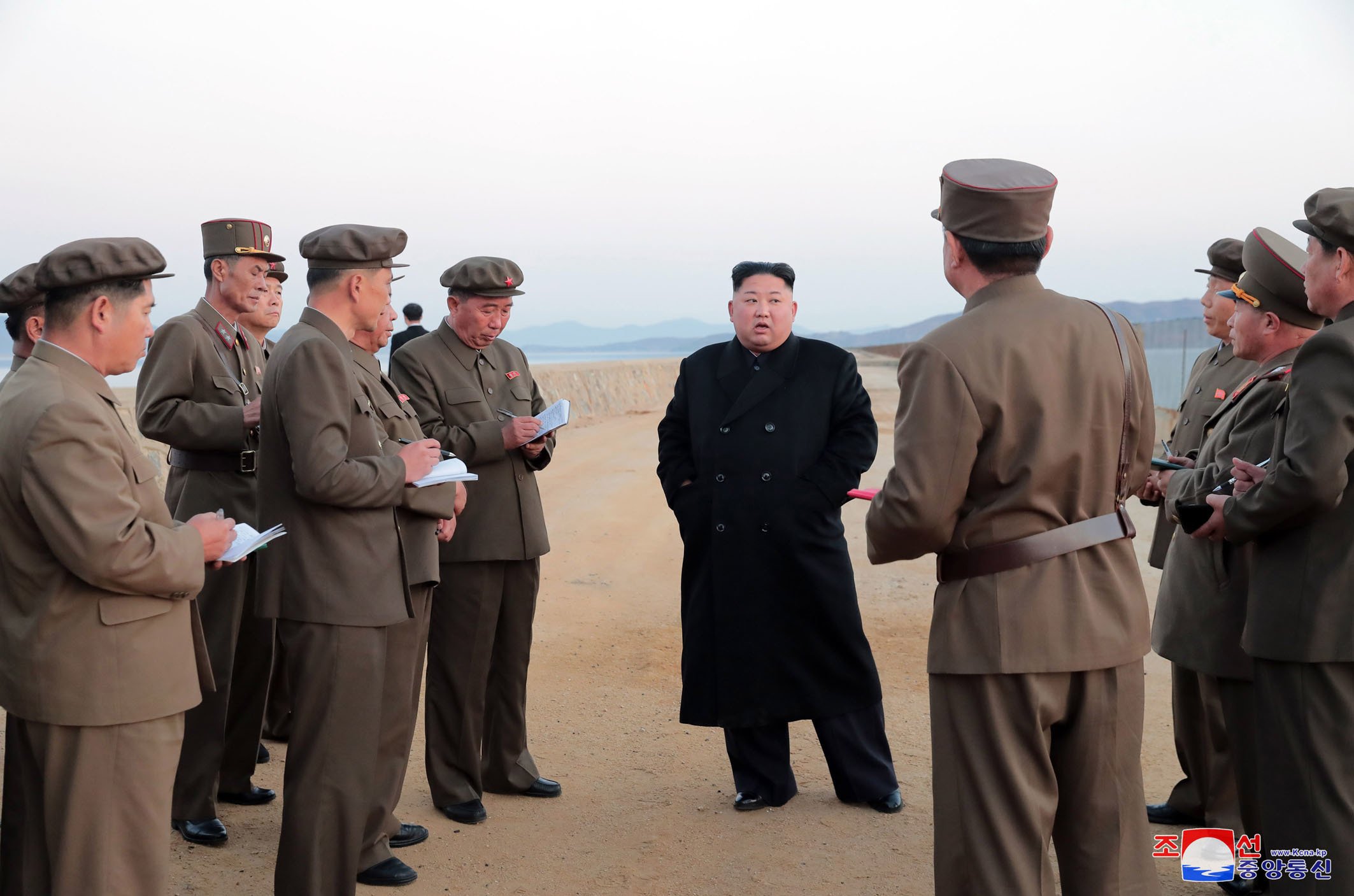 It didn’t appear to be a nuclear or missile-related test, a string of which last year had many fearing war before the North turned to engagement and diplomacy early this year. Still, any mention of weapons testing could influence the direction of stalled diplomacy between Washington and Pyongyang that’s meant to rid the North of its nuclear weapons.

The North said the test took place at the Academy of National Defense Science and that Kim couldn’t suppress his “passionate joy” at the success of the test.

The North has reportedly expressed anger in recent days at South Korea’s resumption of small-scale military drills with the United States. But Friday’s report didn’t appear to focus on North Korean claims of U.S. and South Korean hostility, as it did when announcing previous weapons tests. Last year’s weapons tests, many experts believe, put the North on the brink of a viable arsenal of nuclear-tipped missiles that can target anywhere in the mainland United States.

The North says this recent unspecified weapon has been under development for a long time and will help strengthen the country’s defense and the combat power of its army.

It was the first publicly known field inspection of a weapons test by Kim Jong Un since he observed the testing of the Hwasong-15 intercontinental ballistic missile in November of last year, according to South Korea’s Unification Ministry.

Diplomacy has stalled since a June summit between U.S. President Donald Trump and Kim in Singapore, with Washington pushing for more action on nuclear disarmament and the North insisting that the U.S. first approve a peace declaration formally ending the Korean War.