Remembering the sweet life of a town wiped out by wildfire 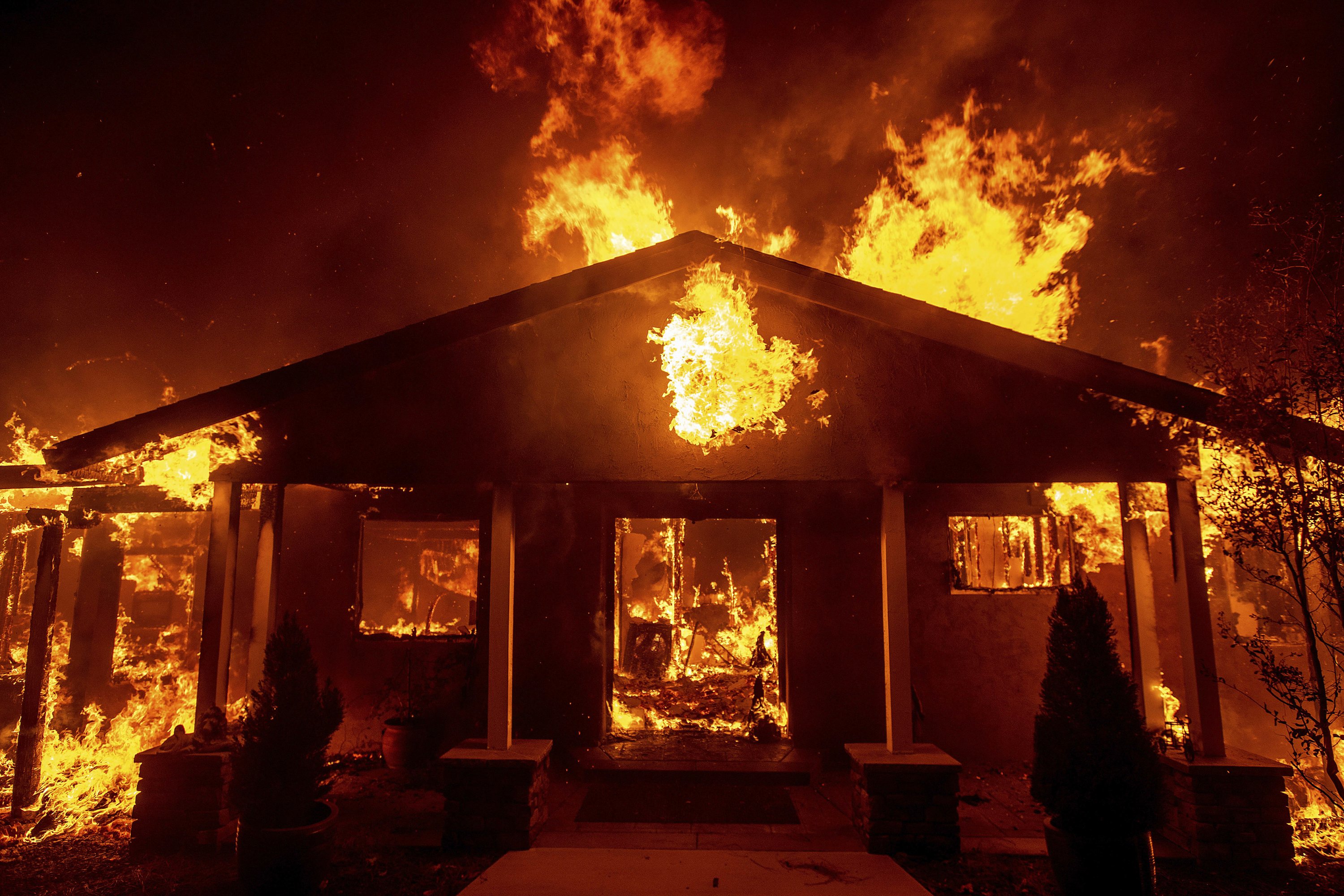 PARADISE, Calif. — There’s a sweet legend about this town: On a blazing summer day in the 1850s, a lumber mill crew with wagon and ox took a break under a grove of tall evergreens. The air was cool, the pine needles fragrant.

“Boys,” said the team boss, “this is paradise.”

Thus, more than 170 years ago, Paradise was born. From the start, it was enriched with gold mined from nearby hills and lumber harvested from the forests. Over generations, thousands lived and loved here; they built homes and businesses, schools and houses of worship, parks and museums that proudly honored Paradise’s place in American history.

In a matter of hours last week, it all disappeared.

Nearly 9,000 homes. Hundreds of shops and other buildings. The Safeway supermarket. The hardware store. The Dolly-O-Donuts & Gifts, where locals started their day with a blueberry fritter and a quick bit of gossip.

This town of 27,000 literally went up in smoke in the deadliest, most destructive wildfire in California history. The death toll, for now, is 63, but many more are missing. And memories are all that’s left for many of the survivors.

A fourth-generation resident of Paradise who saved his home from the devastating wildfire tours the destroyed town and mourns the wildfire losses (Nov. 16)

Driving past the smoldering ruins of downtown, Patrick Knuthson, a 49-year-old, fourth-generation local, struggled to make sense of what he was seeing. He pointed out places that once were, and were no more: a saloon-style pub, his favorite Mexican restaurant, a classic California motel, the pawn shop, a real estate office, a liquor store, the thrift center and auto repair shop, the remodeled Jack in the Box burger outlet, entire trailer parks.

At the ruined Gold Nugget Museum, the ground was crunchy and hot, a few birds chirped nearby, and a half dozen soot-covered deer stood eerily still under a blackened tree.

Paradise was a town where families put down roots, and visitors opted to stay. Children could bike to the park, go fishing in the town pond, shoot bows and arrows at the nearby archery range. As they got older, they’d kayak in the canyons or hike in the forests after school.

“We could tell the kids to go outside and play, and be back when the street lights come on,” said Kaitlin Norton, whose uncle is still missing. She does not know if her home still stands.

Like all places, Paradise had problems. There were issues with addiction and poverty, but residents felt safe. And while prices were rising, it was still affordable for many in a state where housing costs have soared.

“You would never miss a meal here,” said Terry Prill, 63, who often sought lunch and dinner at community churches. “The people are good people. They don’t look down at you.”

The pace was relaxed. Neighbors waved to each other in the morning, shouting hello as they headed off to work on tree-lined, winding streets and cul-de-sacs. Families kept tidy gardens and planted vegetables, trading their bounty up and down the block.

Louise Branch, 93, says Paradise was a lovely place to retire. “It’s a slow town, really. People have yards and dogs,” she said. “I especially liked it in the fall when the trees are full of color.”

Parks burst with bright orange California poppies and wildflowers in the spring, and soften with light snow in the winter. At 2,500 feet, on a ridge that rises above deep canyons carved by the Feather River and Butte Creek, Paradise offers cool respite from hot, dry weather in the valleys below.

Spanning the creek was the Honey Run Covered Bridge, built in 1886. It was put on the National Register of Historic Places in 1988 and was the only covered bridge in America with three unequal sections. It, too, is gone.

Glenn Harrington raised two sons in Paradise. He found it so picturesque he started the Visions of Paradise page on Facebook; image after image chronicles the town’s history and spirit, its seasonal colors and its many festivals.

Each spring there were Gold Nugget Days, marking the discovery of a 54-pound lump in 1859. The Donkey Derby in nearby Old Magalia would get silly, as locals recreated how miners heaved the famous chunk of gold into town. The highlight was a parade of homemade floats.

“My daughter’s going out for the Gold Nugget Queen this year,” said Krystin Harvey, whose mobile home burned down. “Well, it’s been going for 100 years, but we don’t know — there’s no town now.”

In the fall they’d celebrate Johnny Appleseed days, gathering at the recreation center for a crafts fair and games. This is when Paradisians would feast on more than 1,000 pies baked with fruit from Noble Orchards, a nearly century-old farm on Paradise Ridge where trees were heavy with cherries, nectarines, pluots and 17 varieties of apples.

“Paradise is everything the name implies,” said Tom Hurst, 67, who grew up there and raised horses at his 7-acre Outlaw’s Roost ranch. He has relatives in the local cemetery dating back to the early 1900s, and he refuses to talk about the town in the past tense. In fact, some buildings still stand, among them the town hall, the 750-seat performing arts center, the Feather River Hospital, its newer sections damaged but intact.

And yet, there’s so much to mourn.

A month ago, the Paradise Symphony was rehearsing for the local “Nutcracker” ballet, and kids were pulling out their skates as the outdoor ice rink was set to open for the winter. The Paradise Post reported that fifth graders were building cardboard arcade games, and warned of backyard bats with rabies.

The toxic, smoky air is a visceral reminder of what’s missing in this place where the skies were so blue by day, and dark by night.

“The most cherished thing for me about Paradise were the summer nights my mother and I would sit out on the porch under the clear, starry night,” said Harold Taylor, who moved to Paradise eight years ago, caring for his mother until she died.

Patrick Knuthson said visitors always were amazed by the glittering stars and the meteor showers, brilliant streaks of light that shot across the summer skies.

“We used to tell people all the time, ‘We made sure to turn all of them on for you,’ ” he said. “It’s going to take a long time to get that back.”