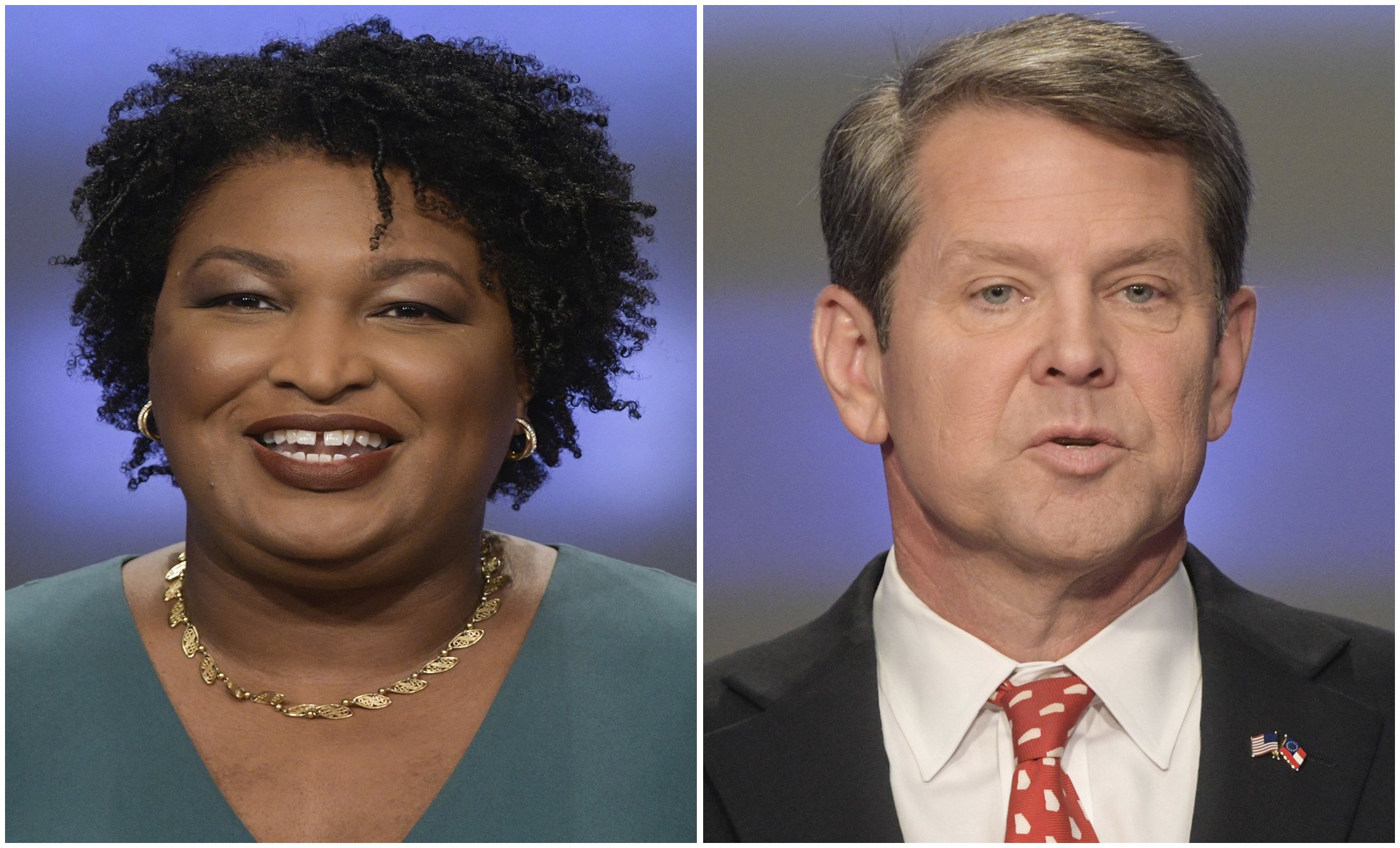 ATLANTA — Stacey Abrams’ campaign and legal team is preparing an unprecedented legal challenge in the unresolved Georgia governor’s race that could leave the state’s Supreme Court deciding whether to force another round of voting.

The Democrat’s longshot strategy relies on a statute that’s never been used in such a high-stakes contest. It is being discussed as Georgia elections officials appear to be on the cusp of certifying Republican Brian Kemp as the winner of a bitterly fought campaign that’s been marred by charges of electoral malfeasance.

Top Abrams advisers outlined her prospective case to The Associated Press, stressing that the Democratic candidate hasn’t finalized a decision about whether to proceed once state officials certify Kemp as the victor. That could happen as early as Friday evening.

Allegra Lawrence-Hardy, Abrams’ campaign chairwoman, is overseeing a team of almost three-dozen lawyers who in the coming days will draft the petition, along with a ream of affidavits from voters and would-be voters who say they were disenfranchised. Abrams would then decide whether to go to court under a provision of Georgia election law that allows losing candidates to challenge results based on “misconduct, fraud or irregularities … sufficient to change or place in doubt the results.”

The legal team is “considering all options,” Lawrence-Hardy said, including federal court remedies. But the state challenge is the most drastic. And some Democratic legal observers note Abrams would be dependent on statutes that set a high bar for the court to intervene.

She already faces a narrow path to the governor’s mansion. Unofficial returns show Kemp with about 50.2 percent of more than 3.9 million votes. That puts him about 18,000 votes above the threshold required to win by a majority and avoid a Dec. 4 runoff. The Associated Press is not calling the race until state officials certify the results.

Abrams would assert that enough irregularities occurred to raise the possibility that at least 18,000 Georgians either had their ballots thrown out or were not allowed to vote.

Lawrence-Hardy told the AP that Abrams will weigh legal considerations alongside her belief that many of her backers — particularly minority and poorer voters who don’t regularly go to the polls — heeded her call to participate and ran into barriers.

“These stories to me are such that they have to be addressed,” said Lawrence-Hardy, who was among the army of lawyers who worked on the Bush v. Gore presidential election dispute in 2000. “It’s just a much bigger responsibility. I feel like our mandate has blossomed. … Maybe this is our moment.”

Kemp, who served as the state’s chief elections officer until two days after the election when he resigned as secretary of state and declared victory, has maintained that any uncounted ballots won’t change the outcome. His campaign has called Abrams’ legal maneuvers so far a “disgrace to democracy” and an attempt to “count illegal votes.”

The circumstances leave Abrams, a 44-year-old rising Democratic star, with a tough decision. The former state lawmaker became a national political celebrity with her bid to become the first black woman in American history to be elected governor. Her strategy of running as an unapologetic liberal who attracts new voters to the polls resonated in a rapidly changing state. Yet Abrams also must consider her own political future and the consequences of a protracted legal fight she might not win.

All of that is playing out against the backdrop of Kemp’s unabashed embrace of President Donald Trump’s nationalism.

Since Election Day, Abrams campaign workers have transitioned from get-out-the-vote efforts to helping voters determine whether their ballots were counted and documenting reported problems. The idea is to assemble a body of evidence to support the claim that the problems could account for Kemp’s 18,000-vote margin above the runoff trigger.

Affidavits from poll workers reviewed by the AP describe long lines that discouraged people from voting, poll workers failing to offer provisional ballots to people who didn’t show up on the rolls or were at the wrong polling place and election equipment that froze and had to be rebooted.

Cathy Cox, a Democrat who served as secretary of state from 1999 through 2007 and is now the dean of Mercer University’s law school, said Georgia law puts a heavy burden on candidates such as Abrams who ask a court to intervene.

“I would say with pretty great confidence there has probably never been an election … without some irregularity, where some poll worker did not make some mistake,” Cox said in an interview. The key, she said, is proving someone erred to the point that it could change the outcome.

Lawrence-Hardy agreed the law requires a quantitative analysis. She said Abrams’ team doesn’t have a list of 18,000 disenfranchised voters. The evidence, she said, would consist of hundreds, if not thousands of such examples, along with data analysis of projected lost votes based on other problems, such as a lack of paper ballots at precincts where voting machines broke down and voters left long lines.

Cox said courts must attempt to apply a nonpartisan standard of “doubt” to the election. “Would a reasonable person have a reason to doubt this election? Not would a hard-core partisan Democrat doubt a partisan Republican opponent,” she said.

Abrams and voting rights activists have argued for months that Kemp mismanaged the elections system as secretary of state, with Abrams often calling Kemp “an architect of suppression.”

Under Georgia law, Abrams could file a challenge against Kemp or his successor as the secretary of state. The challenge must be filed within five days of certification in a trial court of the county where the chosen defendant resides. The defendant has between five and 10 days to respond, and the presiding judge sets a hearing within 20 days after that deadline, a calendar that could push a dispute well beyond what would have been a Dec. 4 runoff.

If the judge determines the election is so defective that it casts doubt on the results, the judge can declare the election invalid and call a new vote among the same candidates. Cox called that “the real extreme remedy.”

A more “surgical” course, she said, would be to affirm irregularities but only order that certified results be reopened and recertified once those problems are remedied. The judge could then declare a winner or order a runoff if the results are close enough.

The judge could also declare a winner after hearing the evidence, but Cox said that’s unlikely because the case will probably hinge on uncounted votes and there’s no way to know before a count which candidate won those votes.

Once the judge rules, the loser has 10 days to appeal to the Georgia Supreme Court.