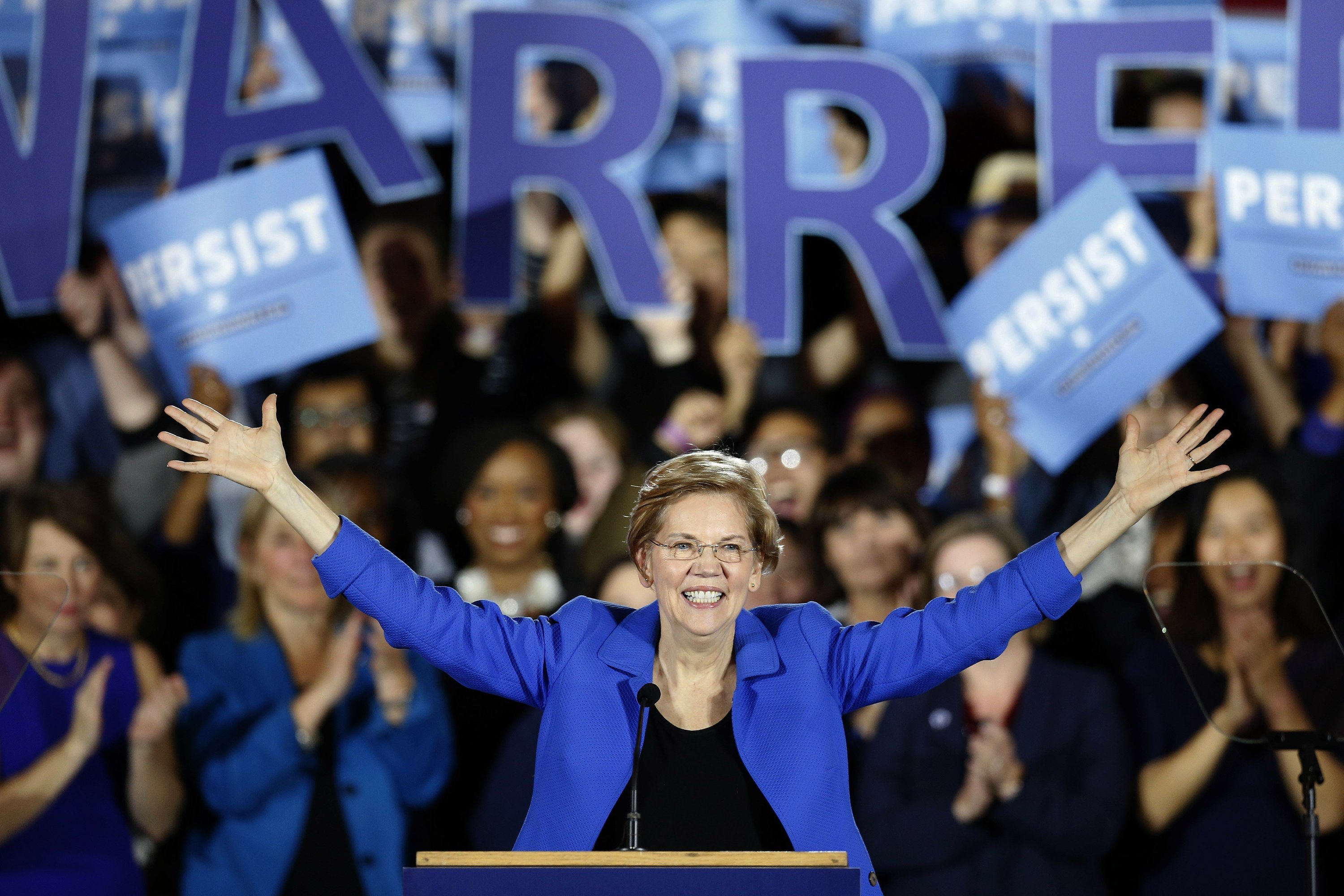 NEW YORK — Even before they announce their White House intentions, New Hampshire’s ambitious neighbors are in the midst of a shadow campaign to shape the nation’s first presidential primary election of the 2020 season.

Democrats on the ground expect a rush of presidential announcements soon after New Year’s. That could include as many as five high-profile candidates from neighboring states, a historically large contingent of New Englanders led by Massachusetts Sen. Elizabeth Warren and Vermont Sen. Bernie Sanders. Both have quietly begun courting potential staff, top activists and elected officials.

At the same time, outsiders like New Jersey Sen. Cory Booker are fighting for a foothold in the state, which will hold tremendous power in the selection of the next Democratic presidential nominee.

He has not publicly declared his intention to run, but Booker already has the backing of former President Barack Obama’s New Hampshire co-chairman Jim Demers, who raised concerns about the home-turf advantage for several prospective Democratic contenders already jockeying for position from neighboring states.

“I do think that it is an obstacle for other candidates,” Demers said. “History is on the side of the neighbors.”

Leading New Hampshire Democrats have already raised the possibility of dual winners emerging in the all-important expectations game over the coming year — one for the New Englanders and another for the many outsiders in what is expected to be a massive group of Democrats running for the chance to deny President Donald Trump a second term.

Historically, no state has played a more important role in culling the presidential field than New Hampshire, which traditionally holds the nation’s first primary contest following the Iowa caucuses. Typically, a candidate must win — or, just as important, exceed expectations — to earn the necessary political support and fundraising to sustain the grueling state-by-state primary trek ahead.

“This may break into two primaries: the fight between the next-door neighbors and the others,” said Terry Shumaker, a prominent backer of Bill and Hillary Clinton’s New Hampshire campaigns.

Kerry, who served as secretary of state in the Obama administration, has not ruled out a 2020 run. Former Massachusetts Gov. Deval Patrick and Massachusetts congressman Seth Moulton are more actively considering bids.

Aides to all five prospects, speaking on condition of anonymity to share internal discussions, conceded that presidential runs were possible, if not likely.

Sanders, 77, is considering a 2020 bid, a senior aide said. He is expected to make a final decision before Christmas, though an announcement is not expected until after New Year’s.

Sanders’ team has been in regular contact with former staff and its broad base of supporters in New Hampshire and elsewhere, in addition to reaching out to some former Clinton backers. Should he run, the team sees Sanders with the biggest head start in New Hampshire of any candidate.

Warren did not visit New Hampshire ahead of the midterms, but she quietly dispatched staff to help Democrats there while hosting at least one private fundraiser for the New Hampshire Democratic Party in Boston. She made close to 150 calls to top Democratic candidates in recent days, both midterm winners and losers, including several in New Hampshire.

Like other 2020 prospects in the Senate, Warren, 69, is unlikely to make any announcements before Congress passes a new spending bill to avoid a government shutdown in early December. And while she hasn’t made any formal staffing moves yet, former chief of staff Dan Geldon and former Massachusetts state director Roger Lau, who is well-versed in New Hampshire, are expected to be part of her presidential team should she run.

Patrick, who served as Massachusetts’ governor from 2007 to 2015, has few formal political connections to New Hampshire, but he enjoys greater name recognition than most because New Hampshire’s most populous regions share the Boston television market.

Former Obama aides including Valerie Jarrett and David Axelrod have encouraged a Patrick 2020 bid from afar. The 62-year-old African-American former governor ramped up political travel in the final weeks of the midterm elections, making appearances in South Carolina, Florida and Mississippi.

Two-term Massachusetts Rep. Seth Moulton, whose district borders New Hampshire, is also seriously contemplating a run. While he may lack the renown of some of his rivals, the 40-year-old former Marine captain has shown little deference to his political elders, emerging as a leading critic of top House Democrat Nancy Pelosi.

Closing out the list, Kerry has repeatedly refused to rule out a second bid when asked publicly. He is wrapping up a national book tour, but there is no sign he is taking steps to lay the groundwork for a serious run.

New Hampshire Democratic Party Chairman Ray Buckley issued a warning, as New Hampshire officials often do, for any candidate who may be thinking about skipping New Hampshire and focusing on other early-voting states. Top Democrats in the state have noticed, for example, that California Sen. Kamala Harris has been active in Iowa and South Carolina, but has largely ignored New Hampshire so far.

“People have tried that before and it’s never worked,” Buckley said.

“One thing that New Hampshire rewards is that hard work of meeting people, listening to them, answering questions, and anyone can do that,” she said. “As long as they’re willing to put in the work, anyone can win here.”