Sights of Rome include monumental eyesores 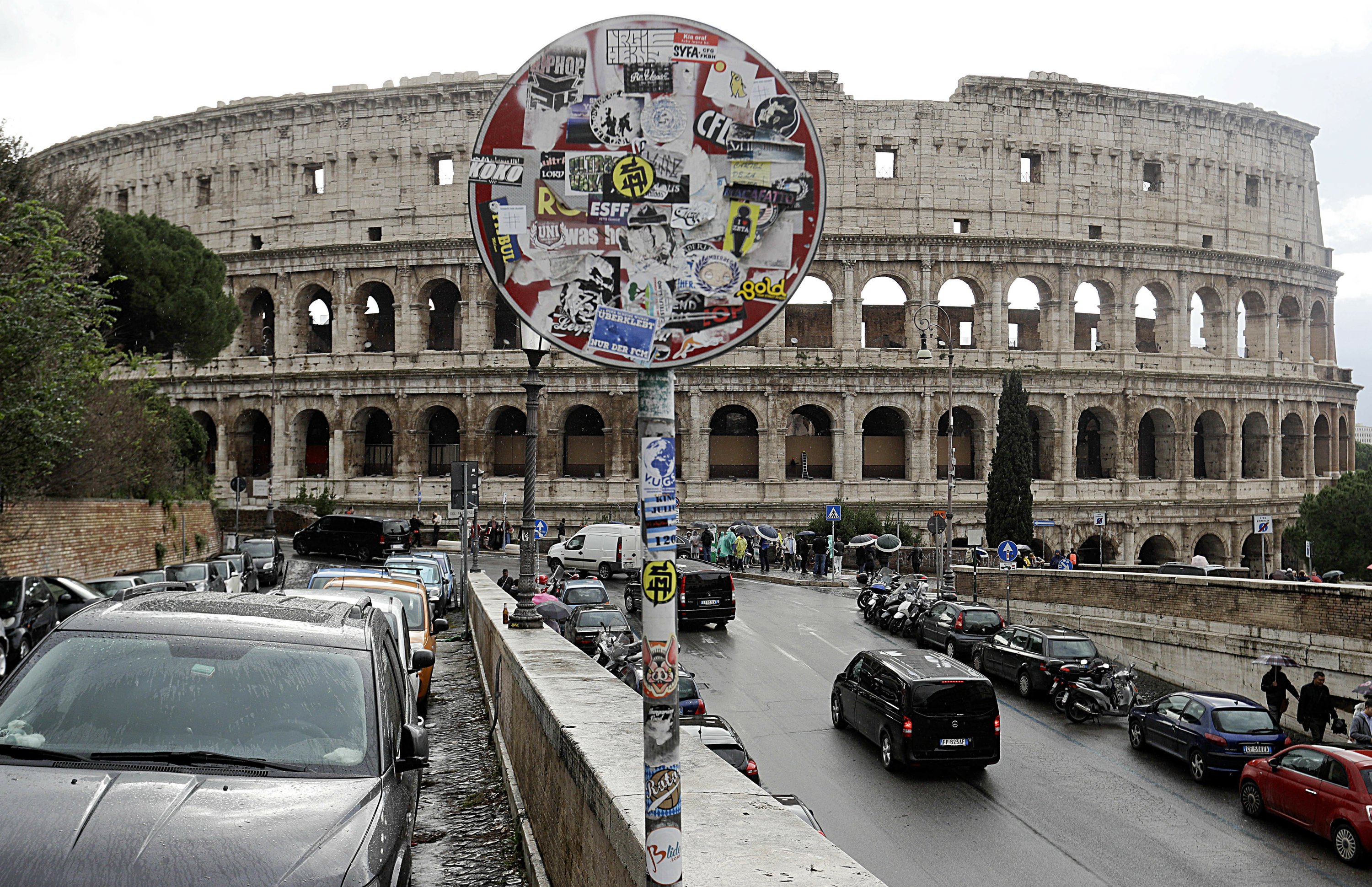 ROME — Rome’s monumental problems of garbage and decay exist side-by-side with the Italian capital’s glories, including the Colosseum.

Associated Press photographers recently trained their cameras on some of the eyesores. With City Hall administrations often mired in scandal, Romans over the last few years have started trying to fix the mess themselves.

Pie’ di Marmo, a giant marble foot dating back to the 1st century, rests on a pedestal in a narrow alleyway named for it. But the backdrop to its splendor is a collection of scribbled graffiti, and someone, perhaps heedless to the relic’s proud history, left behind a soggy plastic bag in front of it.

The Colosseum is a universally recognized symbol of Roman civilization, so there’s no mistaking that. But people have plastered over a road sign leading to it with stickers.

So much garbage piles up around overflowing trash bins on city streets — even near the pristine paths inside Vatican City — that even the trash collectors, when they do show up, seem overwhelmed.

A man pushes his child in a stroller in the street, because the sidewalk has been swallowed up by uncollected trash left by Romans exasperated by often infrequent garbage collection.

Even after a few minutes of heavy rain, uncleaned drains and sewers overflow, making intersections impassable, and sending sewage floating down neighborhood streets.

Rome is nicknamed the Eternal City, and recent years have increasingly seen its glory soiled by seemingly ever-present problems of urban decay.

While many other urban capitals grapple with graffiti and citizen services that could use efficiency improvements, Rome also pays the price of decades of City Hall mismanagement and corruption. Trash even became in an issue in Italy’s general election earlier this year.

But Romans have started saying “basta” (enough) to shrugging shoulders and overall indifference. Citizens’ groups with catchy names like Retake Rome scrub off graffiti in their neighborhoods on Sunday mornings. Romans have also started signaling dangerous potholes to organizations like Tappami (“Fill me up” in Italian), which, armed with asphalt and shovels, fan out across the city to patch up neighborhood streets.

Recently, several thousand fed-up Romans gathered beneath the office of Mayor Virginia Raggi, the first mayor for the Italian populist 5-Star Movement, which had vowed to do away with old-school City Hall politics.

Reduced so low by such widespread decay, Romans are starting to come to grips with the meaning of civic duty.