The Latest: Renault shares tank as CEO Ghosn under fire 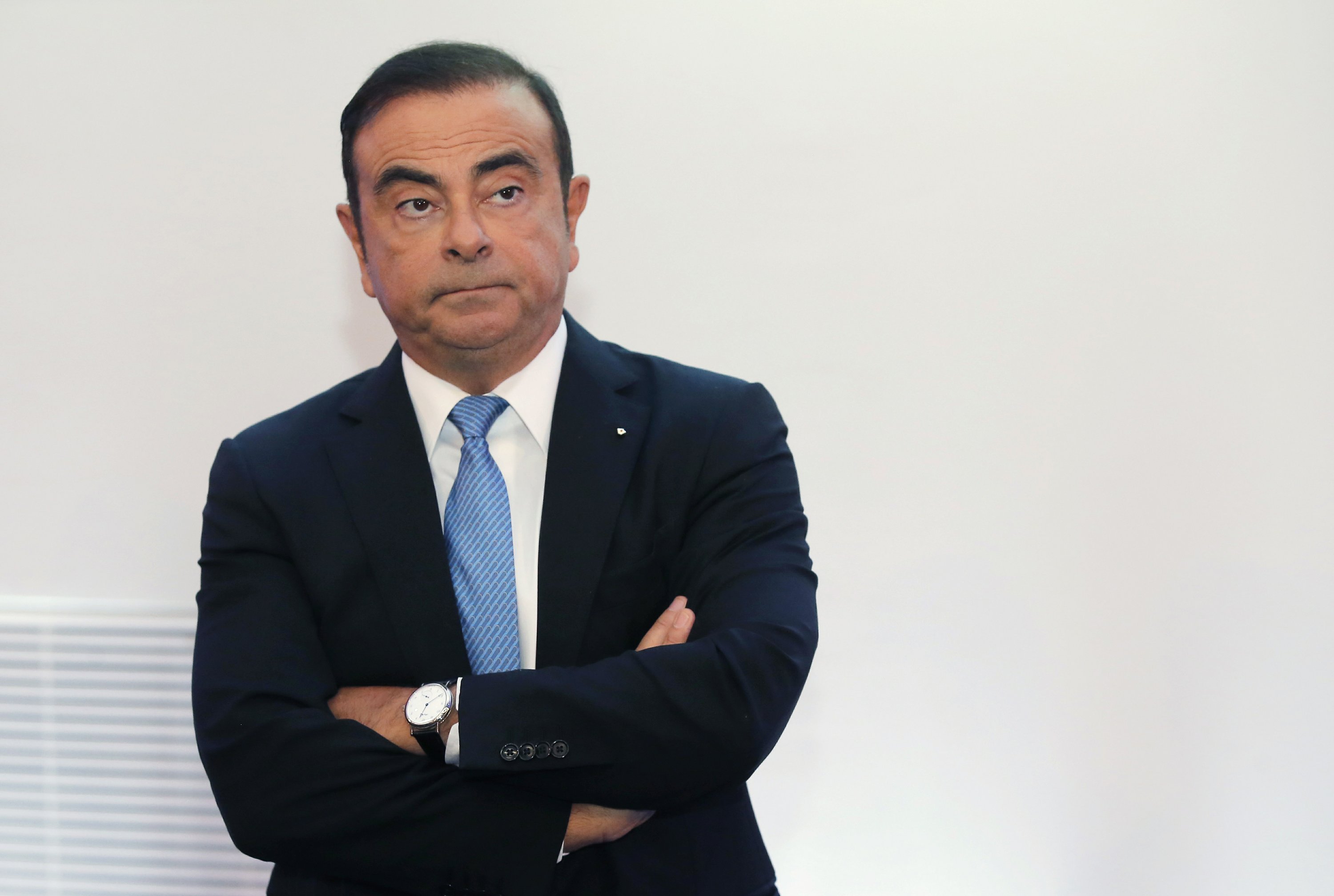 Shares in European carmaker Renault are diving after alliance partner Nissan announced that Chairman Carlos Ghosn had been under-reporting his income and will be dismissed.

Ghosn has been a huge figure in the global auto industry for years. He helped turn around both companies and push them into electric cars. Ghosn is chairman and CEO of the Renault-Nissan-Mitsubishi alliance and CEO of Renault.

Renault’s France headquarters would not comment on the Nissan announcement Monday. The company’s shares fell 14 percent by late morning in European trading, to 55.61 euros.

Nissan Motor Co. says an internal investigation found that its chairman, Carlos Ghosn, has underreported his income. The Japanese automaker said he will be dismissed.

Nissan said an investigation based on a whistleblower report found Ghosn had falsified reports on his compensation “over many years.”

It said the investigation found other misconduct by Ghosn, including the personal use of company assets.

Nissan said it had provided information to prosecutors and was cooperating with their investigation.
___

Nissan said Monday it was looking into the reports, while prosecutors declined comment.

Asahi said Ghosn is suspected of failing to report hundreds of millions of yen (millions of dollars) in income.

Nissan, based in Yokohama, Japan, said it was checking into the reports.

Brazilian-born Ghosn, sent in by alliance partner Renault SA of France, has led a dramatic turnaround at Nissan over the last two decades, rescuing Nissan from near-bankruptcy.