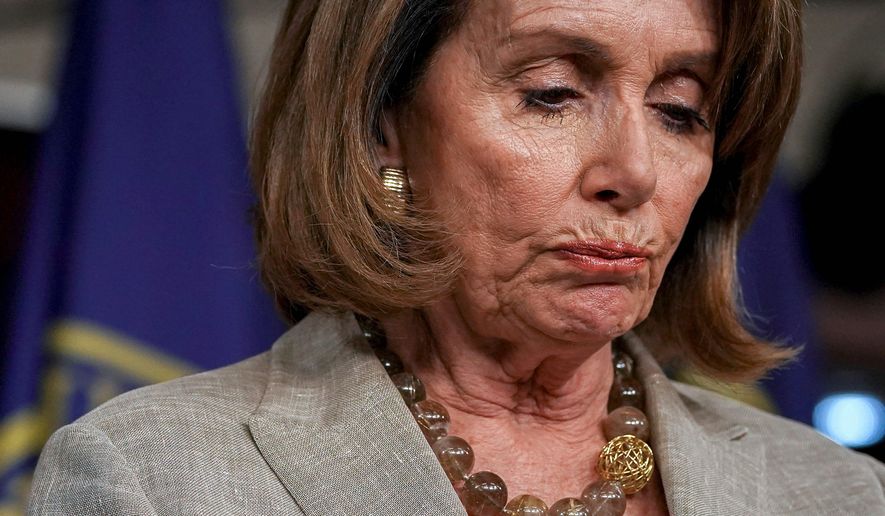 Despite losing control over the House of Representatives, Republicans are sitting back and enjoying the show of Democrats fighting over who the next Speaker of the House will be.

Sixteen Democrats signed a letter Monday pledging not to support Nancy Pelosi, the Party’s leader in the House for the past 16 years. The group of signers include 11 returning representatives and five freshman who were just elected.

“We promised to change the status quo and we intend to deliver on that promise,” the group wrote in their letter. “Therefore, we are committed to voting for new leadership in both our Caucus meeting and on the House floor.”

The group also pointed out that their voters demand change.

“Our majority came on the backs of candidates who said that they would support new leadership because voters in hard-won districts, and across the country, want to see real change in Washington,” the members wrote.

Despite the chaos, no other Democrat has formally stepped up to challenge Pelosi for the Speaker position. Reports indicate that Rep. Marcia Fudge (D-Ohio) is considering the challenge, but she has yet to formally declare her position on the matter.

Pelosi has not appeared concerned. She welcomed potential challengers, saying, “Come on in, the water’s warm,” at a news conference last Thursday.

For Republicans, the news could not be better under the circumstances of losing their House majority. President Donald Trump took advantage of the scuffle within the Democratic Party as soon as he heard the news that he lost the House majority by endorsing Pelosi for Speaker on Nov. 7.

The new Democratic Congress has not yet been sworn in or installed, and there is already a power struggle among them. If the current struggles continue into the upcoming term, it will only be a matter of time before Republicans retake the House.