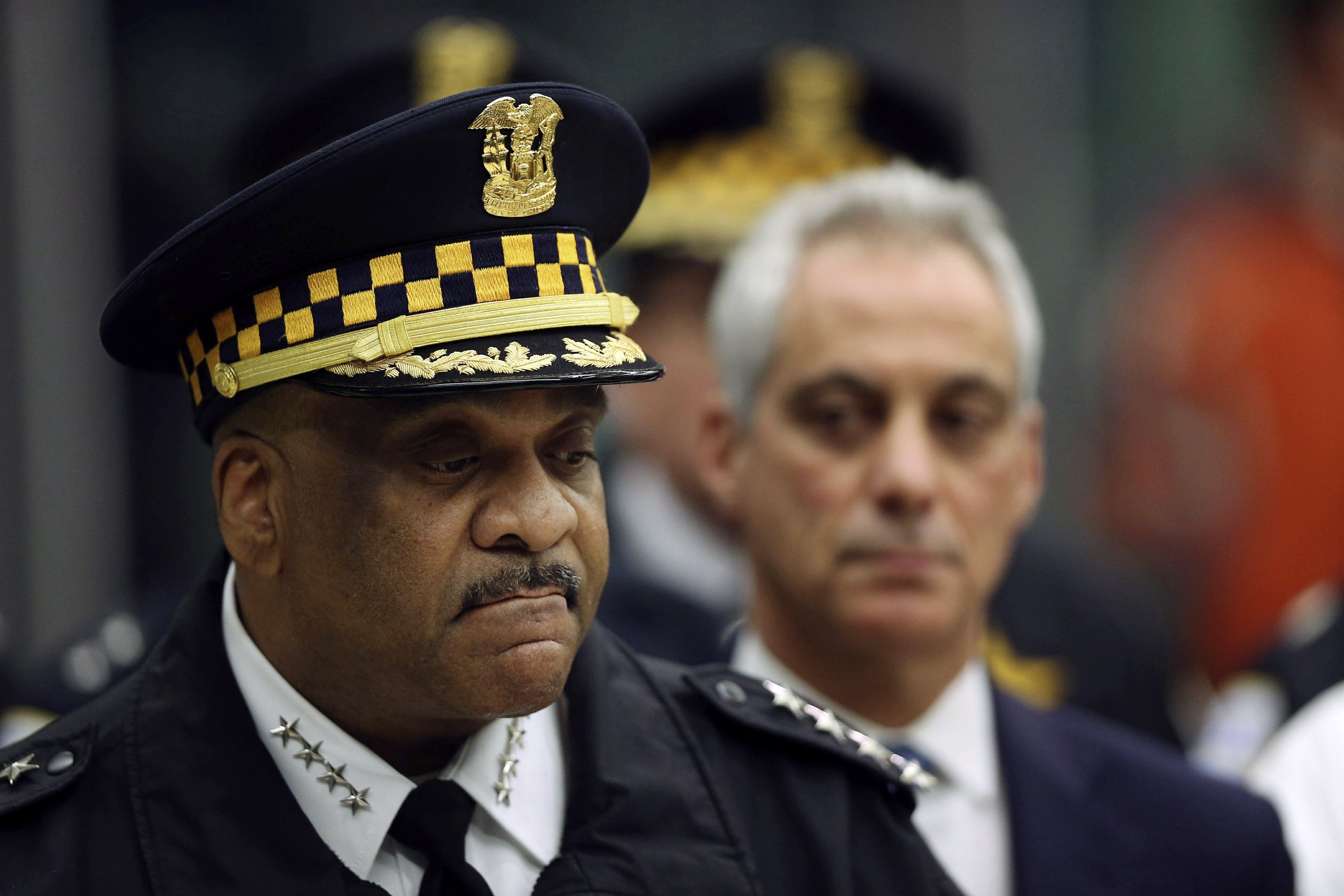 CHICAGO — An argument outside a Chicago hospital turned deadly when a man pulled out a gun and killed an emergency room doctor with whom he was having a domestic relationship, then ran into the hospital and fatally shot a pharmacy resident and a police officer, authorities said.

The attacker also died Monday but it was not clear if he took his own life or was killed by police at Mercy Hospital on the city’s South Side, Chicago Police Superintendent Eddie Johnson said.

Chicago “lost a doctor, pharmaceutical assistant and a police officer, all going about their day, all doing what they loved,” Mayor Rahm Emanuel said, fighting back tears. “This just tears at the soul of our city. It is the face and a consequence of evil.”

Mercy Hospital said the staff who died were Tamara O’Neal, 38, an emergency room physician who never worked on Sunday because of her religious faith, and Dayna Less, 25, a first year pharmacy resident who had recently graduated from Purdue University.

The slain officer was identified as Samuel Jimenez, 28, who joined the department in February 2017 and had recently completed his probationary period, Johnson said. Police said he was married and the father of three children.

The identity of the gunman was not immediately released.

Police in Chicago say a suspected gunman is dead and an officer and three others are in critical condition in a shooting at a hospital in the city (Nov. 19)

The chain of events that led to the shooting began with an argument in the hospital parking lot involving the gunman and O’Neal, police said.

When a friend of O’Neal tried to intervene, “the offender lifted up his shirt and displayed a handgun,” Johnson said.

The friend ran into the hospital to call for help, and the gunfire began seconds later, with the attacker killing O’Neal.

After O’Neal fell to the ground, the gunman “stood over her and shot her three more times,” a witness named James Gray told reporters.

When officers arrived, the suspect fired at their squad car and then ran inside the hospital. The police gave chase.

Inside the medical center, the gunman exchanged fire with officers and “shot a poor woman who just came off the elevator” before he was killed, Johnson said, referring to pharmaceutical assistant Less.

“We just don’t know how much damage he was prepared to do,” Johnson said, adding that Less “had nothing to do with nothing.”

Jennifer Eldridge was working in a hospital pharmacy when she heard three or four shots that seemed to come from outside. Within seconds, she barricaded the door, as called for in the building’s active shooter drills. Then there were six or seven more shots that sounded much closer, just outside the door.

“I could tell he was now inside the lobby. There was screaming,” she recalled.

The door jiggled, which Eldridge believed was the shooter trying to get in. Some 15 minutes later, she estimated, a SWAT team officer knocked at the door, came inside and led her away. She looked down and saw blood on the floor but no bodies.

“It may have been 15 minutes, but it seemed like an eternity,” she said.

Maria Correa hid under a desk, clutching her 4-month-old son, Angel, while the violence unfolded. Correa was in the waiting area of the hospital for her mother-in-law’s doctor appointment when a hospital employee told them to lock themselves in offices.

She lost track of how many shots she heard while under the desk “trying to protect her son” for 10 to 15 minutes.

“They were the worst minutes of our lives,” Correa said.

The death of Jimenez comes nine months after another member of the Chicago Police Department, Cmdr. Paul Bauer, was fatally shot while pursuing a suspect in the Loop business district.

Mercy has a rich history as the city’s first chartered hospital. It began in 1852, when the Sisters of Mercy religious group converted a rooming house. During the Civil War, the hospital treated both Union soldiers and Confederate prisoners of war, according to its website.