China’s Xi visits Philippines to deepen ties with US ally 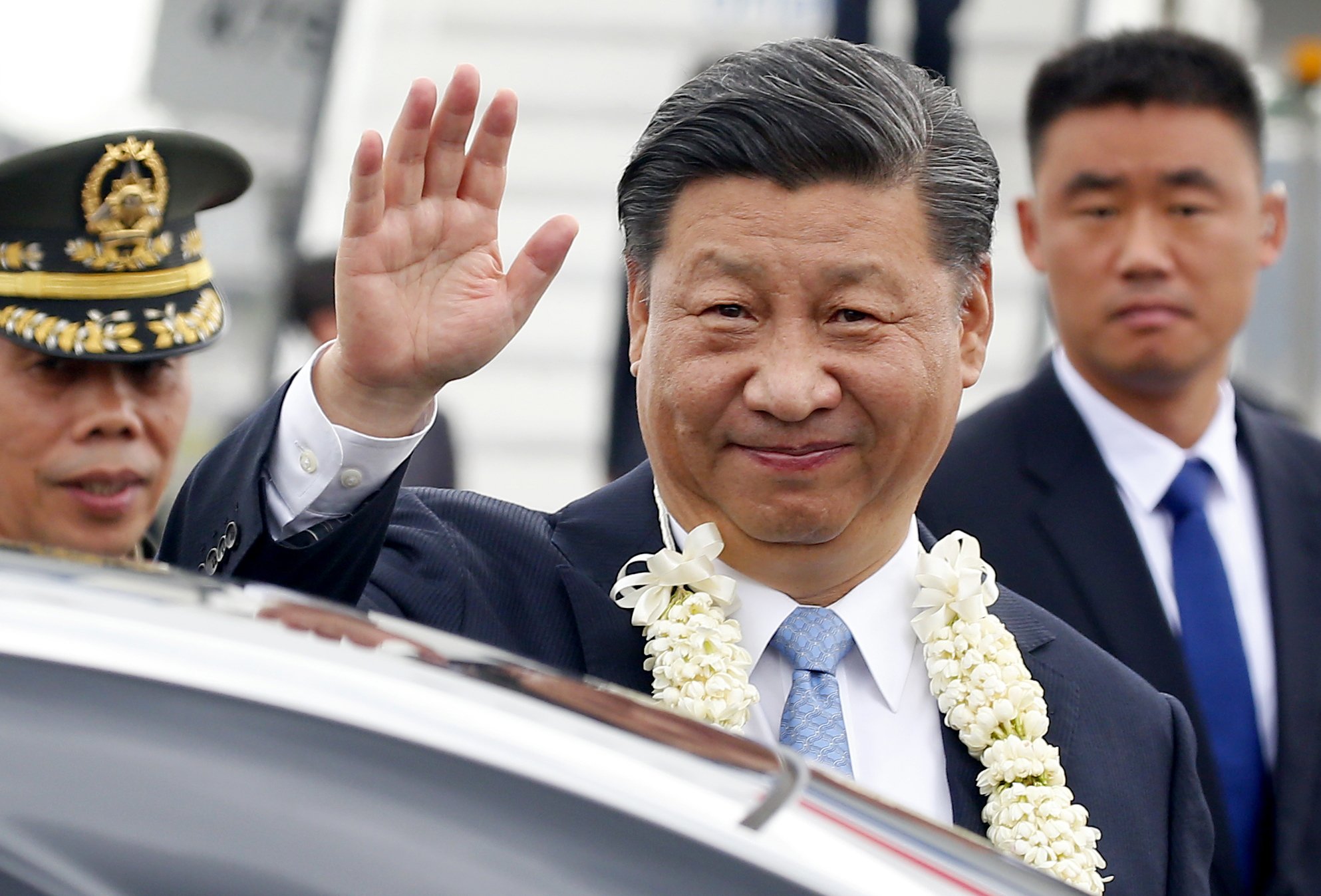 MANILA, Philippines — Chinese President Xi Jinping received a red-carpet welcome in the Philippines on Tuesday, as he paid his first visit to the U.S. treaty ally with offers of infrastructure loans and new accords to prevent clashes and possibly explore for oil and gas in the disputed South China Sea.

Xi was met by top government and military officials in Manila, the last stop in a three-nation swing through Asia in which he’s offering infrastructure loans and aid and championing free trade in a rivalry for influence with the United States.

Classes were suspended in Manila and thousands of police were deployed to secure the overnight visit of Xi, who Philippine President Rodrigo Duterte once called “a great president.” Dozens of left-wing protesters with placards that read “Philippines not for sale” and “Hands off our land and seas” rallied in front of the Chinese Consulate in Manila.

Xi’s visit to the Philippines is the first by a Chinese president in 13 years.

“Our relations have now seen a rainbow after the rain,” Xi said in a statement ahead of his visit, recalling how trading and contacts between the Asian neighbors began more than 1,000 years ago.

Beijing’s relations with Manila stagnated over long-seething territorial rifts in the South China Sea until Duterte won the presidency in mid-2016 and rebuilt ties with China while often pillorying U.S. security policies in a dramatic pivot. The administration of Duterte’s predecessor, Benigno Aquino III, brought the disputes with China over the strategic waterway to international arbitration and won, but China has ignored the outcome.

Duterte has refused to immediately demand Chinese compliance to the landmark ruling, which invalidated China’s sweeping claims to the waters, where Beijing has transformed a string of disputed reefs into missile-protected island bases.

Duterte’s rapprochement has fostered a new era of warming relations with the Asian economic powerhouse, with which he has sought trade and investment, infrastructure financing and weapons to fight insurgents. While Western governments have sharply criticized Duterte’s brutal crackdown against illegal drugs, China has not. Both Xi and Duterte have often been in the crosshairs of human rights groups.

After a wreath-laying ceremony in the monument of Philippine national hero Jose Rizal in a Manila seaside park that was cordoned off by police, Xi and his entourage will meet Duterte and top Philippine officials later Tuesday at the nearby Malacanan presidential palace.

Two Philippine officials told The Associated Press on Tuesday that Duterte’s administration would likely sign a memorandum of understanding to support Beijing’s “Belt and Road Initiative,” an ambitious infrastructure loan program that has been criticized by the United States as endangering debtor nations to debt bondage.

The Philippine government won’t likely immediately accede to proposals for oil and gas exploration in disputed waters but may sign an agreement “to explore maritime cooperation” and establish a committee and a task force to hasten talks that may lead to a decision for a joint hunt for undersea fuel deposits, said the officials, who spoke on condition of anonymity because they were not authorized to publicly discuss the touchy issue.

China has sought a so-called “Maritime and Air Liaison Mechanism,” an arrangement for forces of both countries to coordinate their naval and aircraft movement to prevent “incidents” in the contested waters, but the proposal has been opposed by Philippine defense officials, the officials said.

Filipino nationalists have warned that any agreement that can undermine the Philippines’ internationally recognized exclusive rights to fish and exploit resources within a 200-nautical-mile stretch of waters from the country’s coast would violate the Philippine constitution.

“The Philippines should not waive our sovereign rights as affirmed by the arbitral ruling,” said Supreme Court Senior Associate Justice Antonio Carpio, who has made extensive studies on the territorial conflicts.

Aside from their trade disputes, China and the United States have wrestled over the South China Sea. Chinese officials have asked Washington to back off from a purely Asian dispute, but the U.S. has vowed to maintain a presence in the waters, where it has no claims but has vowed to continue naval patrols to promote freedom of navigation and overflight.