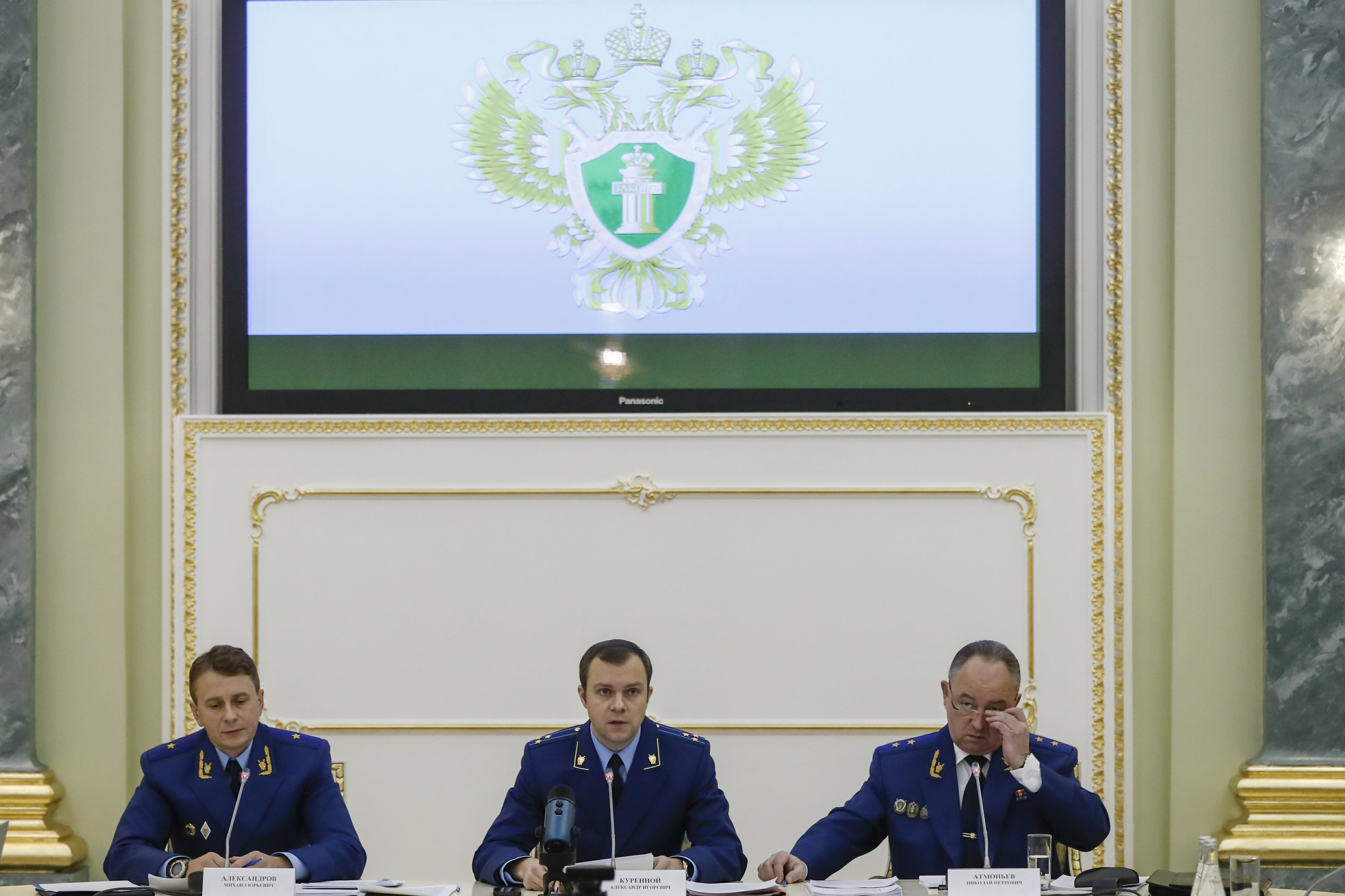 MOSCOW — Russian prosecutors announced new criminal charges against U.S.-born Kremlin foe Bill Browder on Monday, days before a Russian police officer could become president of Interpol in a move that some Moscow critics fear might politicize the law enforcement agency.

Browder and other opponents of Russian President Vladimir Putin have complained that Russia has tried to use Interpol against them. If a Russian is elected as its new president, it could encourage Moscow to intensify attempts to hunt down its critics abroad.

The new charges leveled against Browder accuse him of forming a criminal group to embezzle funds in Russia. They also alleged that he could be behind the death of his employee, Sergei Magnitsky, in a Russian prison.

Magnitsky, a 37-year-old lawyer who alleged he had uncovered $230 million in tax fraud by Russian officials, died in 2009 while in pre-trial detention. A Russian presidential commission concluded he had been beaten and denied medical care, and two prison doctors were charged with negligence leading to his death; one was acquitted and the other went free because the statute of limitations had expired.

Browder mounted an international campaign to bring Magnitsky’s killers to justice, and in 2012, the U.S. Congress passed the Magnitsky Act that imposed travel and financial sanctions on top Russian officials, including prosecutors. Several other countries have since adopted similar legislation.

Browder, who had owned a major investment fund in Russia before he was barred entry to the country, was convicted in absentia in Russia on charges of tax evasion and funneling money overseas in both 2013 and again last year, and sentenced to nine years in prison.

On Monday, Mikhail Alexandrov of the Russian Prosecutor General’s Office told reporters that they have opened a criminal case into the poisoning of three people described as associates of Browder, saying it was “highly likely” that Magnitsky was poisoned as well with the same military-grade substance.

Browder has blamed Russian prison officials for Magnitsky’s death and dismissed the new charges against him as a sham. He told The Associated Press that he has no relation to the three men named by the prosecutors and described the accusations of poisoning as an attempt to discredit his campaign for justice for Magnitsky.

Putin’s “reaction is so absurd that it only helps our campaign and our cause,” he said.

The Russian prosecutors said they decided to pursue the new charges against Browder after reviewing evidence submitted by Natalia Veselnitskaya, a Russian lawyer who met with Donald Trump Jr. and members of his father’s presidential campaign in 2016 and who lobbied for the repeal of the Magnitsky Act. That meeting at Trump Tower occurred in June 2016 after the younger Trump was told by an intermediary that she represented the Russian government and was offering Moscow’s help defeating Hillary Clinton. Emails later released by Trump Jr. show that she had been described as a “Russian government attorney.”

The timing of the new charges against Browder comes as the Netherlands is preparing to host diplomats from all European Union member states to discuss a pan-EU Magnitsky Act.

But the charges also come two days before Interpol’s general assembly, meeting in Dubai, is expected to elect its new president, and one of the front-runners is Alexander Prokopchuk, who holds the rank of general in the Interior Ministry, which runs the police force. The officer had headed Interpol’s Russian bureau before taking the job of Interpol’s vice president in 2016.

Interpol works as a clearinghouse for national police services that are hunting down suspects outside their borders, issuing “red notices,” or alerts that identify a person wanted by another country.

While its charter explicitly proclaims its neutrality, the organization has faced criticism that governments have abused the “red notice” system to go after political enemies and dissidents.

Two years ago, Interpol introduced measures aimed at strengthening the legal framework around the red notice system. As part of the changes, an international team of lawyers and experts first check a notice’s compliance with Interpol rules and regulations before it goes out. Interpol also says it enhanced the work of an appeals body for those targeted with red notices.

Browder noted the timing of the announcement of the new charges against him and the Interpol election, tweeting: “On the eve of Interpol deciding whether a Russian official should be president of Interpol, the Russian prosecutor’s office holds a huge press conference about me and how they will chase me down anywhere in the world.”

On the eve of Interpol deciding whether a Russian official should be president of Interpol, the Russian prosecutor’s office holds a huge press conference about me and how they will chase me down anywhere in the world. I really struck a nerve with the Magnitsky Act
https://t.co/CRzSGvw38B


At the news conference, prosecutors said they will be placing Browder on Interpol’s wanted list and they expect its cooperation.

Russia has previously tried to get Browder placed on the wanted list, but the body has rejected the efforts, viewing his prosecution as politically motivated. He was briefly detained in Spain in May but released after police found that the arrest warrant for him was no longer valid.

Browder said Prokopchuk’s possible appointment “puts the organization in a grave danger of being fully discredited.”

Other Kremlin critics also have raised alarm about the possible politicization of Interpol.

Opposition leader Alexei Navalny, who has faced a flurry of detentions and criminal charges, tweeted Monday that his associates “have suffered abuse” from Interpol officials who were complying with Russian warrants to persecute Kremlin opponents.

“I don’t think that a president from Russia will help to reduce such violations,” he said on Twitter.

Similar concerns surfaced when the previous Interpol president, Meng Hongwei, was named because he was a senior security official in the Chinese government. China has also been accused of trying to use Interpol for political ends. Meng is now detained in China as part of a sweeping purge against allegedly corrupt or disloyal officials.

Asked about the upcoming vote at Interpol in connection with the Browder case, Prosecutor General’s Office spokesman Alexander Kurennoy told reporters that Moscow views the organization as “trusted partners” and expressed hope that “the procedures will be followed in a regular manner” when it submits an arrest warrant for Browder.