The Latest: Trump says nothing definitive in writer’s death 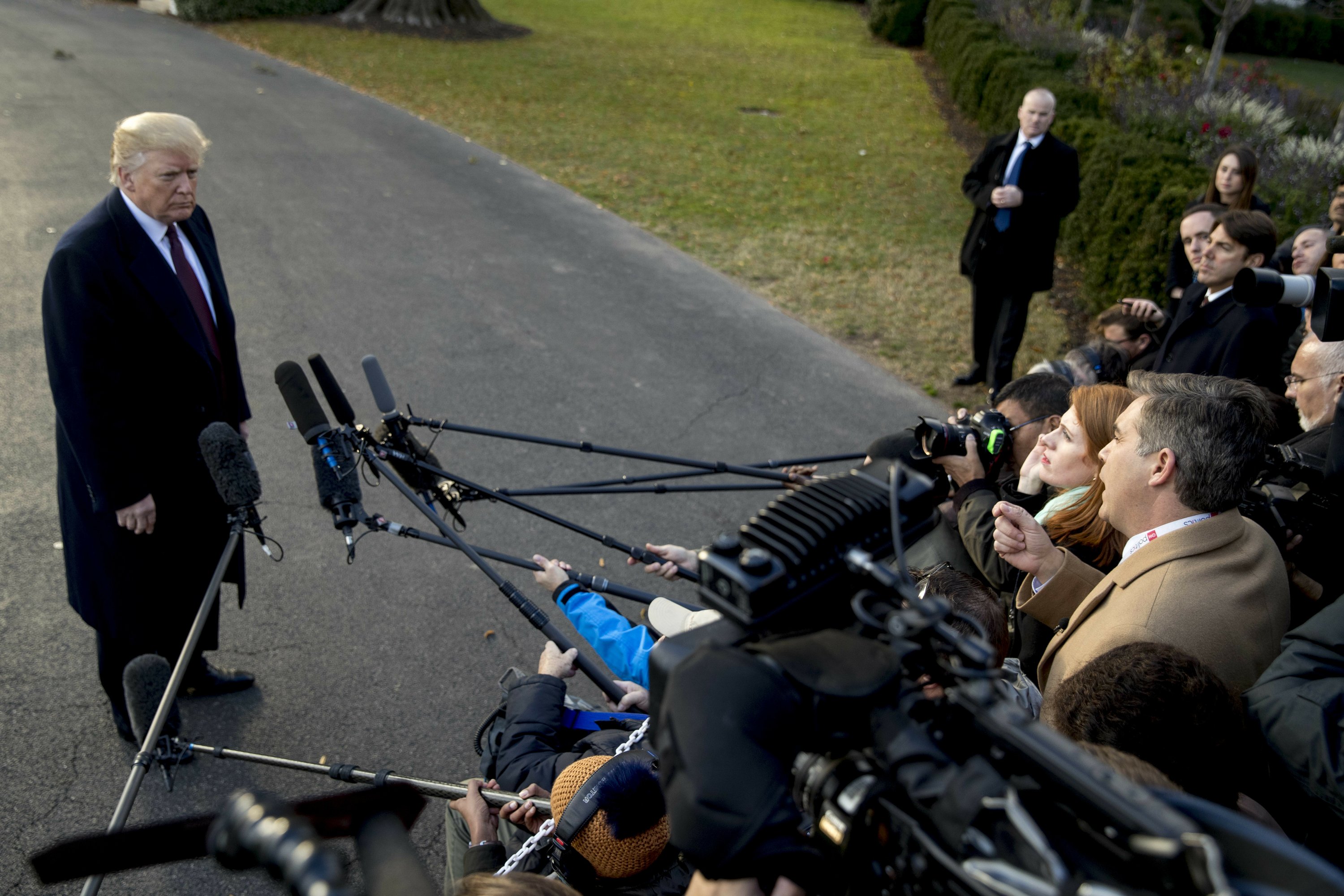 WASHINGTON — The Latest on U.S. response to the murder of Saudi columnist Jamal Khashoggi (all times local):

President Donald Trump says the CIA never made a determination about who killed Saudi writer and critic Jamal Khashoggi (jah-MAHL’ khahr-SHOHK’-jee). He says intelligence officials never had anything “definitive.”

Trump was questioned at the White House about his decision not to further punish Saudi Arabia for the death of the U.S.-based columnist for The Washington Post, who had been critical of the kingdom.

He said oil prices would “skyrocket” if the U.S. made a “terrible mistake” to break with Saudi Arabia. Trump said he was not going to “destroy” the world’s economy by being “foolish with Saudi Arabia,” adding that the United States needs Riyadh as a counterbalance to Iran.

President Donald Trump says the U.S. will not levy additional punitive measures at this time against Saudi Arabia over the killing of Jamal Khashoggi (jah-MAHL’ khahr-SHOHK’-jee).

Trump said in a statement Tuesday that the U.S. does not condone the killing of the U.S-based Saudi columnist, but that “foolishly” canceling $110 billion in arms sales — as some in Congress have suggested — would only mean that Saudi Arabia would go to other countries to acquire them.

Trump says the king and crown prince of Saudi Arabia “vigorously deny” any knowledge of the planning and execution of the Oct. 2 murder of The Washington Post columnist at the Saudi Consulate in Istanbul.

He says “it could well be that the crown prince had knowledge.”

The president has resisted calls so far for a stronger response to the Oct. 2 killing of the U.S.-based writer by agents of the Saudi government inside their consulate in Istanbul.

Trump says that Saudi Arabia is a “spectacular ally” and that he’s not convinced that Crown Prince Mohammed bin Salman was directly responsible for Khashoggi’s death.

The administration has imposed sanctions on 17 Saudis accused of participating in the killing. But lawmakers in Congress want tougher measures. European allies are stepping up their punitive measures against the kingdom, too.

It’s unclear if the president will decide on a response before he leaves Tuesday for the Thanksgiving holiday.