The scoop on how your cat’s sandpapery tongue deep cleans 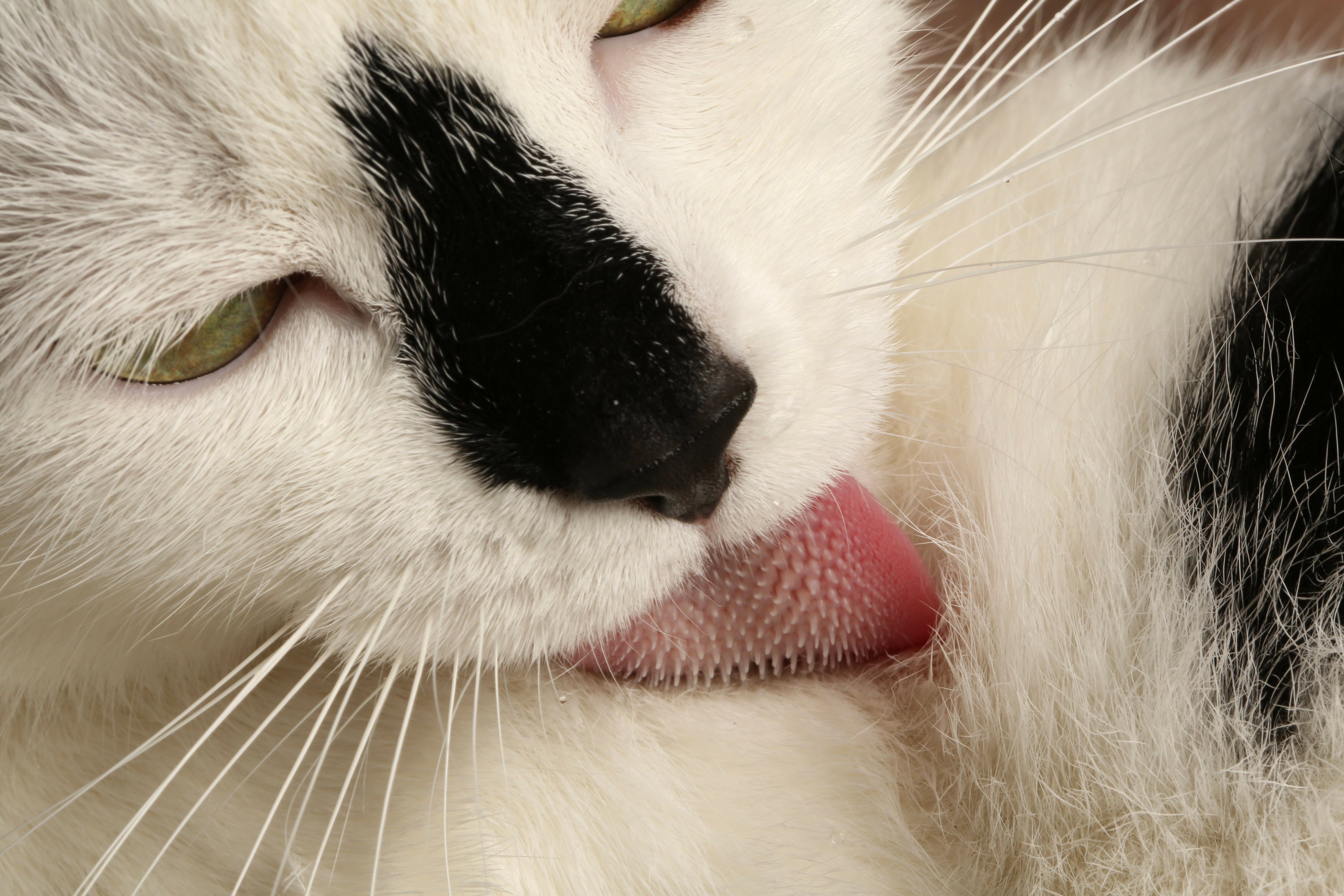 WASHINGTON — Cat lovers know when kitties groom, their tongues are pretty scratchy. Using high-tech scans and some other tricks, scientists are learning how those sandpapery tongues help cats get clean and stay cool.

The secret: Tiny hooks that spring up on the tongue — with scoops built in to carry saliva deep into all that fur.

A team of mechanical engineers reported the findings Monday, and say they’re more than a curiosity. They could lead to inventions for pets and people.

“Their tongue could help us apply fluids, or clean carpets, or apply medicine” to hairy skin, said Georgia Tech lead researcher Alexis Noel, who is seeking a patent for a 3D-printed, tongue-inspired brush.

Cats are fastidious, spending up to a quarter of their waking hours grooming. Noel’s interest was piqued when her cat, Murphy, got his tongue stuck in a fuzzy blanket. Scientists had long thought cat tongues were studded with tiny cone-shaped bumps. Noel, working in a lab known for animal-inspired engineering, wondered why.

First, CT scans of cats’ tongues showed they’re not covered in solid cones but in claw-shaped hooks. They lie flat and rear-facing, out of the way until, with a twitch of the tongue muscle, the little spines spring straight up, she explained.

The big surprise: Those spines contain hollow scoops, Noel found. Turning to zoos and taxidermists for preserved tongues to examine, she found bobcats, cougars, snow leopards, even lions and tigers share that trait.

When Noel touched the tips of preserved spines — called papillae — with drops of food dye, they wicked up the liquid. A housecat’s nearly 300 papillae hold a small amount of saliva that’s released when the tongue presses on fur, and then they wick up some more.

The tongue’s surface is wetter. But Noel saw clues that the spines were key to deep cleaning.

Papillae were only slightly longer in lions than in housecats, although larger felines’ bigger tongues hold many hundreds more, Noel and Georgia Tech associate professor David L. Hu reported in Proceedings of the National Academy of Sciences.

Next, Noel measured cat fur, which holds lots of air to insulate like a down jacket. Sure enough, compress that fur and in numerous types of cat, the distance to the skin matches the length of the tongue’s spines, she found. An exception: Persian cats with their super-long fur that veterinarians caution must be brushed daily to avoid matting.

A machine that mimicked the strokes of a cat’s grooming found saliva from the tongue’s surface alone simply can’t penetrate as deep. And a thermal camera showed as they groomed, evaporating saliva cooled the cats.