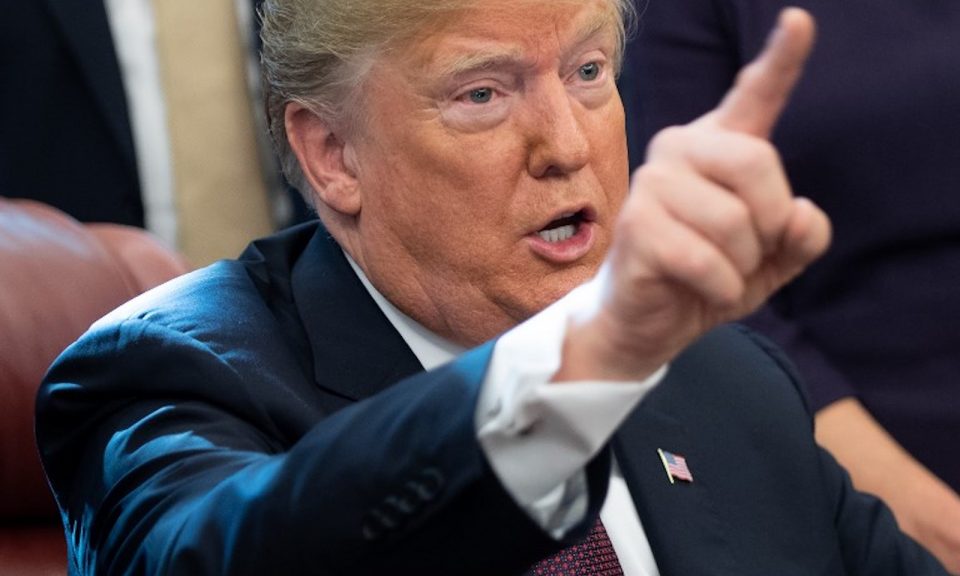 Conservatives are unhappy with Special Counsel Robert Mueller’s probe investigating the Trump administration and looking the other way despite allegations against the Hillary Clinton campaign. They say there are Democrats who worked with the Clinton campaign should be charged with election interference but aren’t.

President Donald Trump made his position clear in a string of tweets Thursday.

The inner workings of the Mueller investigation are a total mess. They have found no collusion and have gone absolutely nuts. They are screaming and shouting at people, horribly threatening them to come up with the answers they want. They are a disgrace to our Nation and don’t…

….care how many lives the ruin. These are Angry People, including the highly conflicted Bob Mueller, who worked for Obama for 8 years. They won’t even look at all of the bad acts and crimes on the other side. A TOTAL WITCH HUNT LIKE NO OTHER IN AMERICAN HISTORY!

Universities will someday study what highly conflicted (and NOT Senate approved) Bob Mueller and his gang of Democrat thugs have done to destroy people. Why is he protecting Crooked Hillary, Comey, McCabe, Lisa Page & her lover, Peter S, and all of his friends on the other side?

The only “Collusion” is that of the Democrats with Russia and many others. Why didn’t the FBI take the Server from the DNC? They still don’t have it. Check out how biased Facebook, Google and Twitter are in favor of the Democrats. That’s the real Collusion!

Conservatives are pointing Mueller to Christopher Steele, a British ex-spy who compiled and imported a dossier intending to prevent then-candidate Trump from winning the presidency. The dossier, which reportedly used Russian intelligence, spread among Washington elites. Mueller, displaying what conservatives call selective prosecution, has not charged Steele with interfering in the 2016 election.

According to The Washington Times, Steele’s stated his intention to destroy then-candidate Trump to Deputy Attorney General Bruce Ohr. He also compiled a database of the names of people working for the Trump campaign using intelligence that came from Russia.

Despite the allegations against Steele, Mueller in a brief wrote that none of Steele’s actions “remotely compares to [a] systematic, deceptive effort to interfere in our democracy.”

When the Justice Department appointed Mueller in 2017, they specified his role to investigate “any links and/or coordination between the Russian government and individuals associated with the campaign of President Donald Trump.” The investigation into the Clinton campaign is noticeably missing from his job description.

Perhaps the reason Mueller is selectively prosecuting Trump associates and turning a blind eye to Clinton’s is because his team is composed of lawyers who supported Clinton in the general election. That’s certainly the way conservatives view the facts when everything is laid out on the table.