Trump: Countries must pay the U.S. for military protection 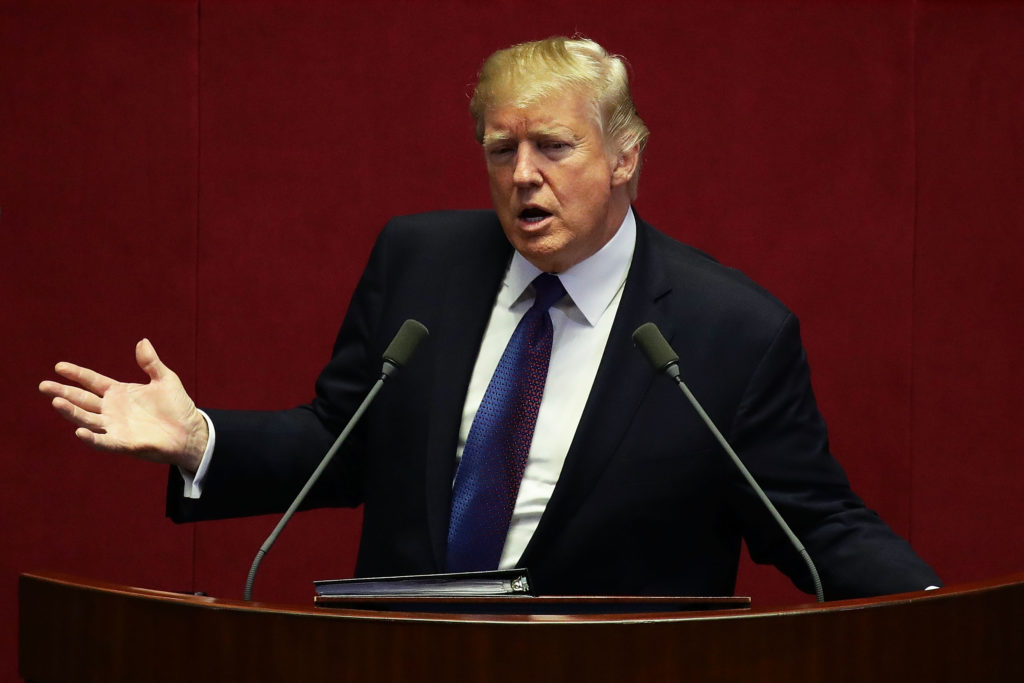 The Washington Times reports that defense officials and diplomats engaged in talks with South Korea last week, urging the U.S. ally to front more money in support of U.S. troops stationed in South Korea. The negotiations of what has been dubbed the “Special Measures Agreement” have reportedly gone on for over three days and finally came to a close on Saturday. The terms of the previous deal are set to expire in December.

President Donald Trump recently vowed to ensure United States allies do not get the benefit of protection from the U.S. military without paying up in a series of tweets.

Just returned from France where much was accomplished in my meetings with World Leaders. Never easy bringing up the fact that the U.S. must be treated fairly, which it hasn’t, on both Military and Trade. We pay for LARGE portions of other countries military protection,……..

…..of money spent on protecting other countries, and we get nothing but Trade Deficits and Losses. It is time that these very rich countries either pay the United States for its great military protection, or protect themselves…and Trade must be made FREE and FAIR!

While the president has managed to bring South Korea to the negotiating table, Trump is still tasked with negotiating with other countries, in particular Japan, Saudi Arabia and Germany.

Germany has already expressed doubts about whether they will agree to new terms. German
Chancellor Angela Merkel said she agrees with French President Emmanuel Macron in calling
for an expanded European army, suggesting a potential rejection of U.S. forces being stationed
in Germany.

But President Trump is sticking to what he told voters in a September campaign rally in West
Virginia: “When you have wealthy countries like Saudi Arabia, like Japan, like South Korea, why
are we subsidizing their military? They’ll pay us. The problem is nobody ever asks.”

Now, the president is asking.

There is of course room for working with our allies, but there is a difference between working with and working for a partner. And if we work for our allies, they least they can do is pay us for our work.